Change of landing site for SFW-X 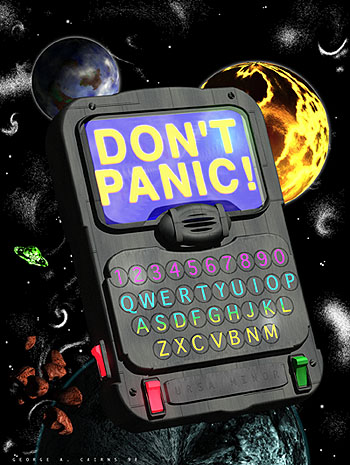 Sci Fi Weekender (SFW) is not your typical science-fiction event (a review of last year’s SFW in the City can be found here).  Less of a convention and more of a festival, for one weekend every year, thousands of sci-fi and fantasy fans descend on North Wales for a celebration of all things geek.  However, change is afoot.

It this in the latter case that the tenth Sci Fi Weekender finds itself.  Extensive building and refurbishment work at the Hafan y Mor holiday park, which SFW calls home, which had initially planned for later in the year, will now commence at the start of the year – right in the middle of when Sci Fi Weekender would be held there. This naturally puts a crimp in what was an otherwise damn fine plan.

Chic are currently all hands on deck and working alongside Haven, amongst others, to find an alternative landing site.  Advance scouts will be reviewing various sites over the coming weeks to find an alternative venue that is able to meet the exacting requirements necessary for hosting SFW.  Demanding maybe, but we are worth it.

In order to avoid possible miscommunication, Chic will only announce the new landing site once all venues have been reviewed and the location for has been confirmed.

In the meantime – as the standard repository of all knowledge and wisdom, for the more relaxed civilizations on the Outer Eastern Rim of the Galaxy, has emblazoned in large friendly letters on its front cover – don’t panic..