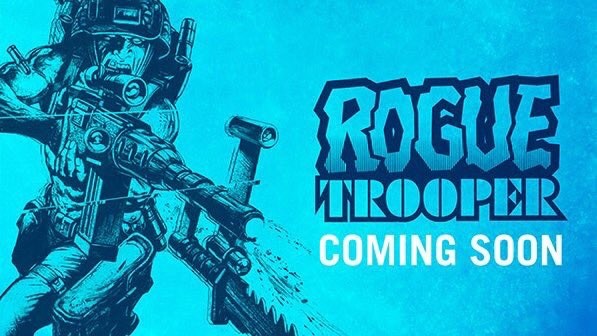 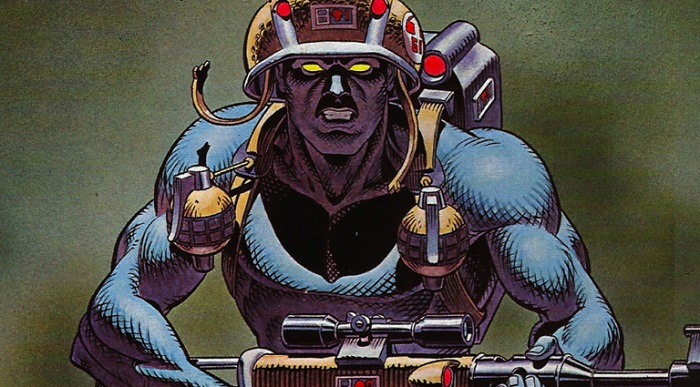 Some rather surprising, but definitely welcome, as it’s been announced that Duncan Jones, director of Moon, Source Code and more, is bringing 2000AD’s Rogue Trooper to the big screen.

Rogue Trooper was created by writer Gerry Finley-Day and artist Dave Gibbons and first appeared in 2000AD back in 1981. The original story revolved around a bloody and bitter war of attrition on the planet of Nu-Earth between the Norts and Southers. During the war Nu-Earth has been poisoned by chemical warfare, its atmosphere and oceans now toxic and deadly to any not wearing a protective suit.

The G.I’s (Genetic Infantry) were created by the Southers to be immune to the toxic nature of Nu-Earth and finally turn the tide of the war. The G.I’s were betrayed though and all but one of their number were slaughtered in their first deployment. The lone survivor would live on as the Rogue Trooper and seek out those responsible for the deaths of his squad.

The 2000AD fan favourite is an often harrowing and brutal future war story as Rogue stalks the poisoned landscape with only the biochips of three fallen comrades installed in his helmet, backpack, and rifle for company. For more background on Rogue Trooper check out this entry from the 2000AD ABC.

It remains to be seen what shape the new film will take but for a hint of what things might look like check out the rather excellent fan film Rogue Trooper: The Quartz Massacre.