When not toiling away on his laptop, Rob enjoys searching for good food and attending live shows. 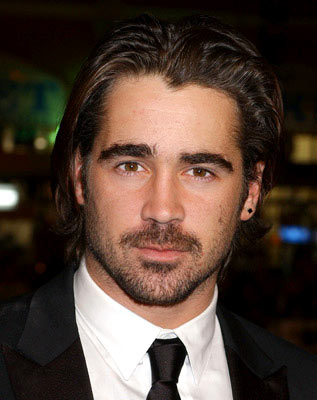 There are a lot of blockbuster films coming out in 2014, and many of them are already generating significant buzz. However, trailers and information are also coming out lately for a lesser-known film, “Winter’s Tale,” that looks very intriguing to say the least.

The film stars Colin Farrell as Peter Lake, a mysterious thief with the gift of reincarnation who falls in love with a wealthy, off-limits heiress. The film also stars Russell Crowe, Jennifer Connelly, Will Smith, and Downton Abbey‘s Jessica Brown Findlay, and looks to be a mystical and beautiful tale spanning historical periods.

But what the film also brings to mind is the constant debate over Colin Farrell—is he a bona fide star or an overrated box office draw? To help settle this, and in anticipation of “Winter’s Tale,” we thought we’d take a look back at his top-10 films. And in doing so, we believe that, despite atrocities like “Alexander,” it’s clear that Farrell has done some truly fine work.

10. The Imaginarium Of Dr. Parnassus

Alongside Johnny Depp and Jude Law, Farrell jumped in on this whimsical, imaginative project in memory of friend Heath Ledger. Ledger passed away half way through filming, and the way in which his friends helped to salvage the project is admirable.

While not perfect, this is an underrated take on the “Miami Vice” story, featuring Farrell as Sonny Crockett and Jamie Foxx as Ricardo Tubbs.

The amusing re-make to the popular “vampire next door” story, “Fright Night” was surprisingly enjoyable, and Farrell was simply delightful as the vampire Jerry.

Few saw this small-scale fairy tale of a project, but no matter, because Farrell’s great here. He portrays Syracuse, an Irish fisherman who finds a woman in his net one day, and it’s one of his more thoughtful and satisfying roles.

A sort of collage of different tales taking place in Dublin, this is a witty and entertaining film that seemed to put Farrell in a comfortable position to thrive.

In some ways a similar film to “Intermission” in structure, this is a quirky film about a writer, played by Farrell, looking for “real life psychopaths” to base a film script on.

Another film that too many people missed out on, “In Bruges” is available for a limited time at Picturebox Films, where films are brought in and out of a subscription service each month. This one is worth the subscription, however, as it puts Farrell at his black comedy best.

Tom Cruise got all the attention, but Farrell was right there with him in this fantastic and timeless sci-fi adventure that drew inspiration from Philip K. Dick’s short story of the same name.

On the surface, this looks like a generic spy film, but the wonderful work from Farrell and co-star Al Pacino makes it stand out in its genre. “The Recruit” is clever, tense, and incredibly fun.

One of Farrell’s best reviewed films, “Crazy Heart” featured Jeff Bridges in the lead role. However, Farrell’s contribution as Tommy Sweet is one of many pieces that makes this a wonderful film on the whole.

From N.Ireland but now living in Manchester, England; Matt is the founder and CEO of Geek Pride. Interests: Photography, Music, Art, poetry, Military History, Model making and painting and of course gaming (table top and computer)
You might also like
breakingcolin farrellfilms