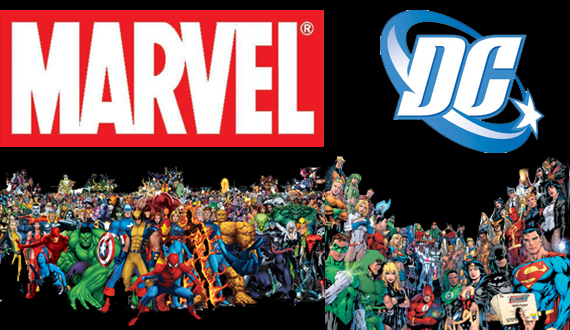 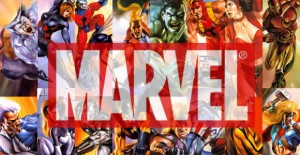 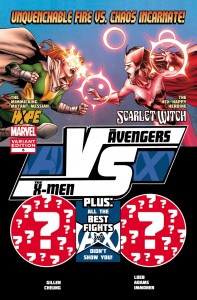 The AvX Versus series runs as a B-side to AvX itself; whilst AvX has all the plot and life-changing implications, AvX Versus contains what we really want to see- the fights! Each issue ran two stories, but the last in the series has a whopping nine fights. Nine! It opens with Scarlet Witch vs. Hope, a fairly standard action sequence, and just gets better from there on in. Highlights include Captain America and Cyclops in a no-holds-barred verbal beatdown (like Yo Momma but with a dead sidekick and a dead wife), Spider-Woman taking on Emma Frost, Storm and Psylocke (all in the perverted mind of Hawkeye), and Pixie and Squirrel Girl playing a tabletop RPG! This comic is a fantastic end to a brilliant series, and you can see how much fun the writers and artists were having working on it. 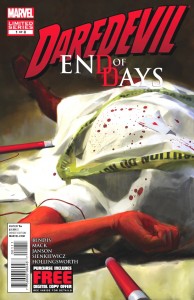 In a neck-breaking mood whiplash, Daredevil: End of Days is an eight-issue miniseries dealing with the aftermath of Matt Murdock’s death. Told in a gritty noir style by reporter and good friend of Matt’s, Ben Ulrich, this first issue outlines Daredevil’s rise to glory, his fall from grace, and his gory demise at the hands of longtime foe Bullseye, as well as neatly paving the way for Ulrich to spend the miniseries getting the full story behind Matt’s last days. It’s grim, it’s gritty, and it’s absolutely bloody brilliant. 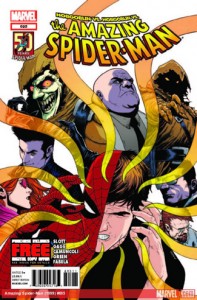 I know you’re probably getting sick of me writing about Spider-Man every week, but dammit, he’s just so… amazing. This issue sees the Hobgoblin back in action, and Peter’s Spider-Sense going into overdrive- everyday hazards like hot coffee and traffic send the tingles rushing through Spidey’s brain, and the results are hilarious. The art takes a turn for the Scott-Pilgrim-esque, with big block arrows pointing out all the dangers of everyday life (dear lord, the GERMS!) but it works as a brief comic interlude before the 700th issue all hell breaking loose. 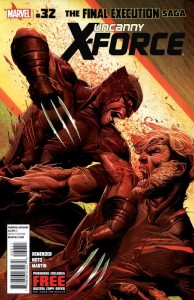 Last issue wasn’t that great, and the Final Solution arc is still (still!) not over, but this issue is a bit more satisfying in terms of plot development. X-Force finally get their butts in gear and start actively trying to solve the problem, but it’s too little too late as the Brotherhood have managed to turn one of the team against them… This has dragged on for a while, but it seems to be back on form for the grand finale. At least, I hope it’s the grand finale. If it goes on for another six months, I’m done.

On the surface it seems like a good team: Dr Strange, Iron Fist, Silver Surfer, Red She-Hulk and Black Cat, with special guest star Ant-Man. Unfortunately, the Defnders series doesn’t seem to have any connection to current continuity (case in point: Namor shows no signs of being recently possessed by the Phoenix, and it seems to have slipped Ant-Man’s mind that he has a school to run) which makes it a bit jarring. It makes a valiant effort to explain why there are so many “randomly”-occurring superheroes on Earth, but overlooks the pretty major point that we just don’t care. We’ve accepted all the weird origins since the 1930s, we don’t need any explanation now!

The school rivalry to end them all! The Jean Grey School for Higher Learning vs. Avengers Academy #38!

Can the Phoenix be defeated? Find out in AvX #12! 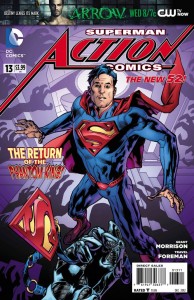 Dogs are awesome. Superheroes are awesome. So what do you get when you combine the two? Krypto! Hurrah for Krypto! They’ve rebooted his origin- out with the ‘orange kryptonite gives animals powers’, and in with the ‘Krypto was spliced with Kal-El’s DNA at birth to make him the perfect friend and defender’. OK, it sounds far-fetched when I word it like that… but it’s at least a little bit more believable. The two stories in this issue centre around Superman bringing Krypto safely to Earth, and just what Krypto was doing for the last few decades. Be warned, though- if you’re of a sensitive disposition, you will weep like a small child. I did. But if you tell anyone, I’ll punch you into the sun. 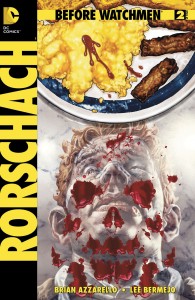 Rorschach hasn’t even recovered from the beating he took in issue #1 before he’s out on the streets again, kicking ass and taking names. Well, in Rorschach’s case it’s more like setting ass on fire and not bothering with the name because charred corpses don’t need names. He’s a lot more sympathetic to prostitutes than in the original series- by which I mean he ignores them, rather than calling them filthy sluts who deserve everything they get. It’s a little early to tell if this is going to change in the series, or if this really is a lighter and softer version of Rorschach, but the issue as a whole is fantastic. The brutal, unflinching art shows every cut and bruise beneath the mask, driving home the sacrifice he makes to become a hero. Watch and learn, Ozymandias. Watch and learn.

I know, I’m as stunned as you are. But between a shell-shocked and crazy old man with a magical pet tank, and the Unknown Soldier in an undercover arms deal that wouldn’t look out of place in an episode of 24, it’s actually a pretty decent comic. The chest-thumping patriotism of previous issues has been dialled back, leaving just a very well-written, action-packed pair of stories with dialogue that would fit right in on the big screen. I’m not adding G.I. Combat to my pull list right now, but a few more issues at this level and who knows? 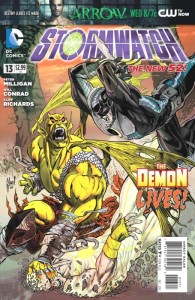 Midnighter and Apollo go on a date (fangirl squee!) which is tragically interrupted by the return of one of the founding members of Stormwatch, way back when they were called the Demon Knights. With cameos from Madame Xanadu, The Spectre and John Constantine, this gives me hope for a Justice League Dark / Stormwatch / Demon Knights crossover, and a spine-chilling tour of the block of flats (and the terrible people who live there) that could have been lifted straight from The Sandman sets just the right tone to turn Stormwatch from B-movie sci-fi to psychological horror. Also, did I mention Apollo and Midnighter are on a date? Eee!

Seriously though, let’s talk about Zero Month. What was that, you guys? There was only one comic that was a necessary prologue, and that was the Justice League one with Pandora and the Phantom Stranger. All the others (except for the one in Batman: The Dark Knight where Bruce goes after Joe Chill) would either be better off as the next issue in the series, or just not done at all. I get that you wanted to do something special to mark the first anniversary of the reboot, but are you going to do this every year? Every September, break out another gimmick? Next year you could do Rule 34 Month, for adults only, obviously. Or a crossover with My Little Pony. Actually, that would be awesome. Do that.

A day in the life of a henchman- Detective Comics #13!

As I demanded, Simon Baz returns in Green Lantern #13!

Can anyone stop the Rot taking over the world? Animal Man #13 & Swamp Thing #13!