Coriolis: The Third Horizon is Free League Publishing’s science fiction roleplaying game, heavily inspired by middle-eastern mythology.  Essentially, Coriolis is what happens when you combine Firefly with Arabian Nights, along with a dash of Fifth Element and Mass Effect.

What stands out the most in Coriolis is that the setting is refreshingly original.  This is a far cry from the typical American and western-European inspired far-future settings, which have become a staple of modern science fiction.  Coriolis embraces the mysticism and aesthetics of the middle east to create a boldly unique and vibrant universe that simmers with stories to be told.

The rules system for Coriolis: The Third Horizon is a derivative of the D6 mechanics used in Mutant: Year Zero, but one that has been optimised for this setting.  The core mechanic involves adding a skill and attribute together and rolling that number of six-sided dice (D6).  If a six is rolled, then it is considered as a success, with additional successes improving the results of the roll.

Coriolis: The Third Horizon has taken a streamlined approach to combat.  Every turn, each player has three action points (APs) that their characters can spend.  Every action is defined as being slow, normal, fast or free, and comes with an associated AP cost.  Slow actions are 3APs, normal are 2APS, fast are 1AP and free actions cost nothing.  This simple, yet elegant, approach allows for greater fluidity in the action signs, freeing up players from the simplistic move-and-shoot mechanics of conventional roleplaying games. 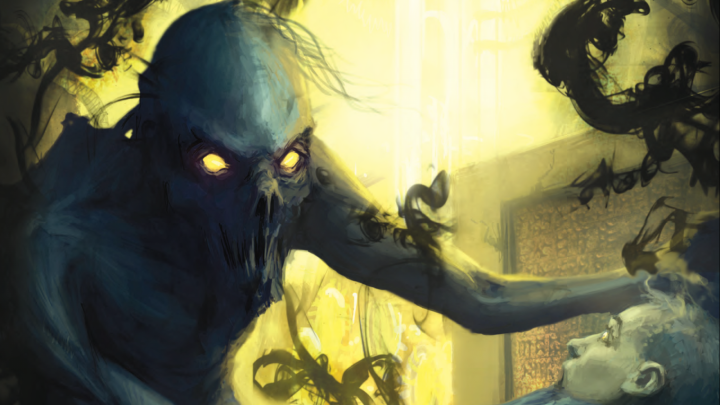 The designers of Coriolis have incorporated the mystical nature of the game, by players having the option of their characters praying to their respective icons.  These are spiritual callings within the game, which reflect different aspects of life within The Third Horizon.  This allows players to reroll a skill check, but also means that the games master (GM) gains a darkness point.

Darkness points are a reflection of the so-called “Dark between the stars”, a spiritual force within the game that spreads entropy and destruction.  GMs can use these darkness points for major non-player characters (NPCs) to reroll skill checks and to allow for detrimental environmental effects to occur within the game.  This system is similar to the force-dice mechanics from the Star Wars roleplaying games by Fantasy Flight Games, but one that is in keeping with the setting.

Rather than character creation typically being a series of one-on-one affairs between each player and the GM, Coriolis: The Third Horizon advocates a collaborative approach.  Each character will be unique, but the creation process involves defining relationships within the group, choosing the group’s unique ability and determining who the “best buddy” will be for each character.

Likewise, as each team requires their own ship, players will need to collaborate on the design of their ship and decide what each character’s position will be onboard.  Not only will this determine their character’s role in space combat, but will also influence their choice of skills.  Ideally; the pilot should at least know how to fly the ship, for example. 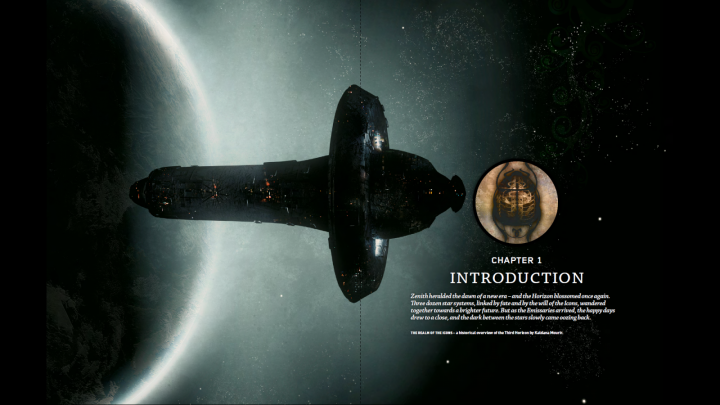 Players have the choice of a variety of characters that can be typically found within science-fiction settings, such as mercenaries, scouts and pilots.  However, there are also options for courtesans and preachers.  Character backgrounds include mystics (people with psychic abilities) and Humanites (genetically enhanced people that are faced with prejudice).

Player characters within the setting of Coriolis will typically be freelance agents and independent mercenaries, but over time there is the possibility of aligning with one of the many factions.  These factions are broadly defined as being within the more spiritual Firstcome (descendants of the initial settlers) and utilitarian Zenithians (descendants of a colonists from a ship that arrived later).

The Third Horizon essentially covers the region of spaces that was humanity’s third era of colonisation, from the First and Second Horizons, access to which having now been severed following the portal wars.  This leaves humanity in a broadly alien universe that has been colonised but not yet fully explored, with remnants left by the portal builders (those who built the portals between star systems) still waiting to be found.

These legacies of portal builders take the form of the aforementioned interstellar portals and epic monoliths (which humanity now inhabits), without truly understanding what they were originally built for.  These remnants represent one of the game’s core themes – mystery and exploring the unknown. 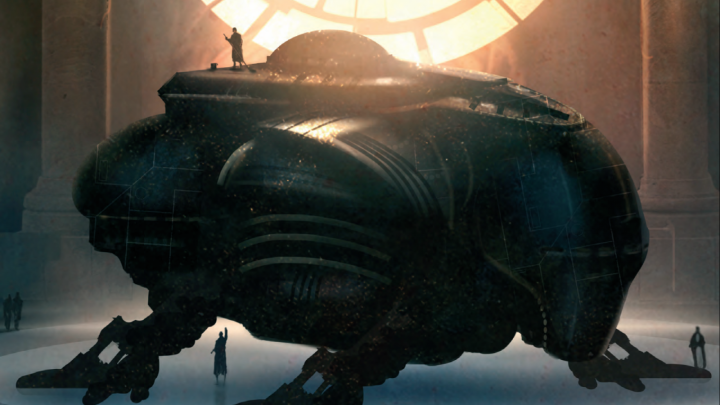 The sense of mystery is both a strength and a weakness for the game: it evokes a sense of wonder for the players, but can be a source of frustration for the GM.  This is due to much of the underlying mystery not being defined, in part to give the GM freedom in how their take on the setting develops.

In many ways Coriolis: The Third Horizon has an almost Lovecraftian approach to the wonder and majesty of the setting, as it borders on cosmic horror.  This is represented fundamentally by the Darkness Between the Stars, which exerts a corrupting influence upon The Third Horizon to varying degrees.  This can vary from things just going wrong, to creatures that have been corrupted or created by the Darkness. 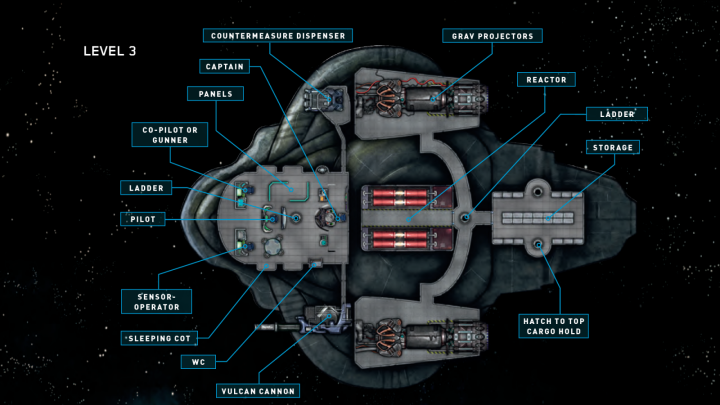 Despite Coriolis: The Third Horizon being a comparatively rules-light system, the core rulebook for is huge, running at nearly 400 pages.  Over half of the core rulebook is dedicated to background information as well as GM advice and a short campaign.  There is a wealth of information, which could be overwhelming to some GMs.

Given the Arabian flavour that peppers the text, which adds to the cultural richness of the setting, a lexicon of common words in The Third Horizon would have been useful.

Undoubtedly, GMs will want to reread the core rulebook several times in order to fully understand the setting, but this is not as much of a chore as it might have been.  The writing is great, but the art is fantastic and incredibly evocative of the setting.  As well as the character designs and dioramas, there are also a series of layouts of star ships and space stations that GMs can use in their campaigns.

Free League have published abundant supplementary material for Coriolis: The Third Horizon, including a plethora of sourcebooks.  Alongside the core rulebook and the aforementioned Atlas Compendium (purely for the background information), the GM Screen is recommended.  Made from thick laminated card, the screen has a fantastic image spread across the entire length of the player-facing side of the screen.  Not only will this prevent players from seeing GM’s notes, it also has an array of tables and reference charts, reducing the time GM’s spend search for the relevant table. 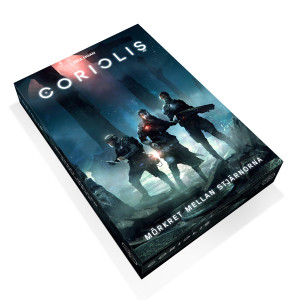