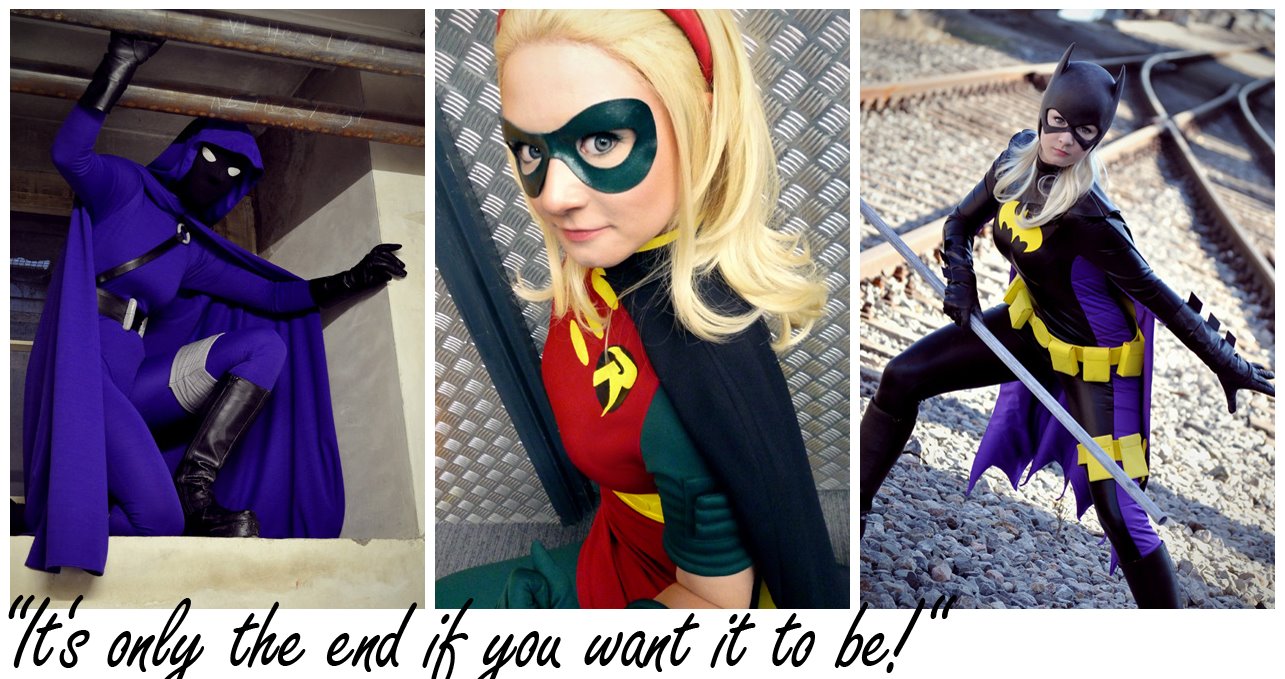 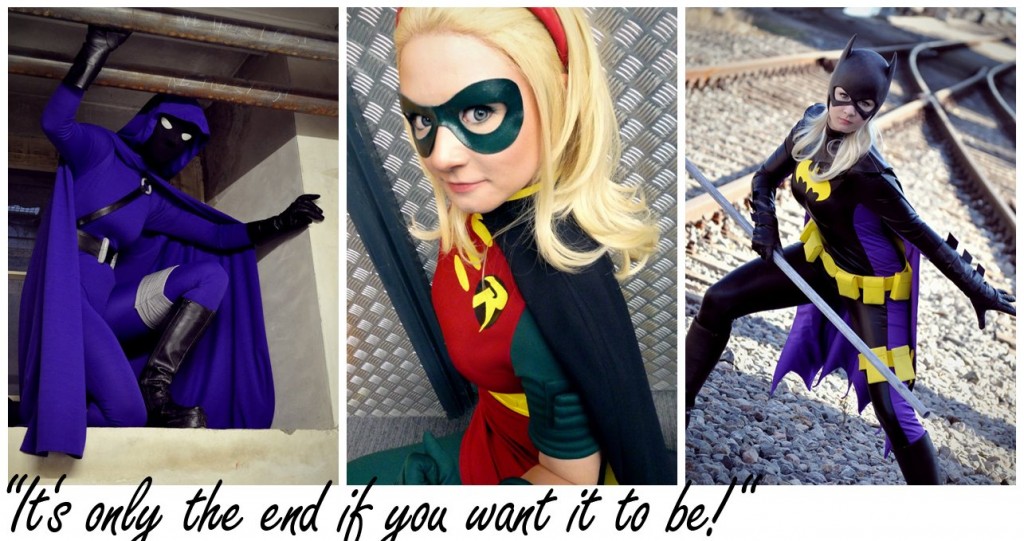 The 4th Cosplayer to travel through the mighty halls of Geek Pride for an interview, is Sina Voss (AKA Aigue-Marine). Another talent from Germany who has been cosplaying for 8 years now, has made over 50 costumes ( varying from Daenerys Targaryen to Bat girl) and like her counter part Svetlana, is super nice, extremely gifted and for the amount of time and effort she puts into her hobby, definitely underrated… not even 1000 likes on FB…. whats wrong with you people!? have you seen her Daenerys Targaryen outfit?!

Anyway, you can check her out at the  following links (LIKE HER FACEBOOK!)and see what she had to say to us below!

The Gal behind the Cosplay

Tell Geek Pride a bit more about who Sina, aka Aigue – Marine is. What sort of food does she like? Does she have any pets? What’s her favourite movie? and what’s a good night out for her?

I, Sina – also known as Aigue-Marine – am a 23-year-old cosplayer from Southern Germany. I like all sorts of food, because I love eating, cooking and baking. Really, I’m not picky at all. I don’t have any pets. My favourite movie is Woody Allen’s “Midnight in Paris”. A good night out should definitely include food, drinks and activities with friends. No matter if it is watching a movie, playing video games or going to a club – I always try to make the best out of everything!

Where do you think you get your creative spark from? Does it run in the family?

[quote]Oh, I’m very easy to inspire! I draw my inspiration out of almost everything: My surroundings, friends, music, movies, books, comics, photographs, fanwork, etc.There’s a certain musical streak which runs in the family – my dad’s a composer and my brother and I are passionate musicians – cosplay and sewing is my personal way to express my creativity though.[/quote]

You a PC, Xbox or PS3 Gal and what games do you play?

[quote]I have to admit that I hardly play games at all. My daily schedule is very tight and most games are rather time consuming… That’s why I only play karaoke and dance games once in a while.[/quote]

You study Advertising and market communication, can you tell me a bit more about that? Is this something you might do after Uni?

[quote]My studies include different subjects such as advertising, public relations, social studies, psychology, economics, informatics and design. After I graduate from university I will most likely start working in an advertising agency.[/quote]

It says “singer” on your Facebook page… do you sing? And if so what sort of stuff? Got any links?

[quote]It wouldn’t say “singer” if I didn’t sing, right? Yes, I do sing. I have been member of various choirs since I was 5; I took classical singing lessons for a couple of years as well. I sing basically everything – from classical pieces to pop music. I hardly every upload recordings though. I prefer live music. J[/quote]

[quote]I don’t have an endgame goal in life. I always try to set smaller, achievable sub-goals. At the moment I’m focusing on graduating from university with good grades.[/quote]

You have been cosplaying for 8 years it says in your bio, what got you started, as in what made you get up one day and think; “I’m going to dress up as bat man and go out in public“?

[quote]Right at the beginning I didn’t pay attention to the “public” aspect at all. It all started with a friend of mine who accompanied me to a convention close by. Some weeks before the event was about to take place, she told me that she would dress up as her favourite character from a video game and that this certain kind of dressing up was called “cosplay”. I had always been interested in costumes so I decided to ask my grandmother for help. Together we made my first costume. I haven’t stopped ever since[/quote]

You’ve made 50 costumes!? Can you name then all though ;oD ?

[quote]Do you want me to? 😉 To be more precise I have made 66 costumes already, but I don’t think I could name all of them in one go. If had the possibility to make a proper list I’d succeed though, I guess. My most recent costumes are Korra from “The Legend of Korra”, Daenerys Targaryen from “Game of Thrones”, Wonder Girl from “Young Justice” and Leah from “Journey Into Mystery” – only to name a few.[/quote]

So how long would the average costume take you to make and what costume took you the longest?

That really depends on the type of costume. If it’s an easy costume like a school uniform which consists of a pleated skirt and a top it usually takes me 2-3 days to finish it. If it’s a more complicated costume – like my Batgirl costume – it takes me 1 – 1 1/2 weeks to finish it.

The costume which took me the longest was definitely my Daenerys Targaryen costume from Game of Thrones. Preparing the stencil for the belt and the shoulder pieces and cutting them out of plastic took me almost two weeks.

Are there any characters out there you would love to be but just don’t think you could make the costume for?

[quote]Yes, there are. I would love to make Padmé Amidala’s picnic gown from Star Wars Episode 2 and an outfit of Augusta Vradica from Trinity Blood, but I still lack the skill to make these costumes. I’d also like to cosplay Princess Jasmine from Disney’s Aladdin, Starfire or Artemis from DC’s Teen Titans/Young Justice, but I’m not too confident to expose my midriff.[/quote]

What Cons do you go to and what do you think is the best one? Ever been to any outside of Germany?

[quote]I try to visit as many conventions in Germany as possible. I think that Connichi in Kassel and Dokomi in Duesseldorf are the best Germany conventions, but that’s just me. I have already visited conventions in Denmark (J-Pop Con and Genki Con) and in the UK (Kapow! Comic Convention) which I really enjoyed. I’ll also be at MCM Expo in London in October. I’d also love to attend a convention in the US one day![/quote]

What does Geek Pride (not the awesome website and FB page but the way of life) mean to you?

[quote]To me it means being proud of the ability to be very passionate about comics, movies, books, music and all the other things I like and being proud of the amazing fanwork the community of fans/geeks produces. To me as a cosplayer it also means to be proud of being able to slip into the role of iconic characters from my favourite series![/quote]

Star Wars or Lord of the Rings?

[quote]… how am I supposed to answer THIS question? That’s downright impossible! I love both Star Wars and Lord of the Rings to bits.[/quote]

You have been given one super power, what would it be and what would you do with it?

[quote]I think I’d like to have powers similar to the Avatar’s – like bending water, earth, fire and air! That would be pretty cool![/quote]

[quote]First of all: Thanks a lot for this interview! I’m really happy I got chosen and I hope I could give you a small but nice insight into my life as a cosplayer, university student and geek! ;)[/quote]