Digital Property Rights and Ownership; How Far Is Too Far?

With the recent release of Sim City now being widely recognised as the worst release of any AAA game, there is understandably a lot of anger in the community at the moment. A month has gone by since the game’s US release, and complaints about draconian DRM measures are only just beginning to dissipate. But now a bigger issue has now come to the table, one that draws some much-needed attention to the issue of ownership of digital software.

As we all know, when SimCity was released the game’s servers simply couldn’t cope. It’s not the first time this has happened in the industry, but this was just the beginning.The more the media interest grew, the more the game’s inherent flaws became apparent, of which there were many. Cross-city resource trading, tourism, and commuting, all major features of the game, were broken and would work either illogically or not at all, services like fire stations would send hundreds of fire engines to one house fire and leave the rest of the city burning, and almost everything about the traffic system seemed plain wrong. And that’s if you could actually get on a server. 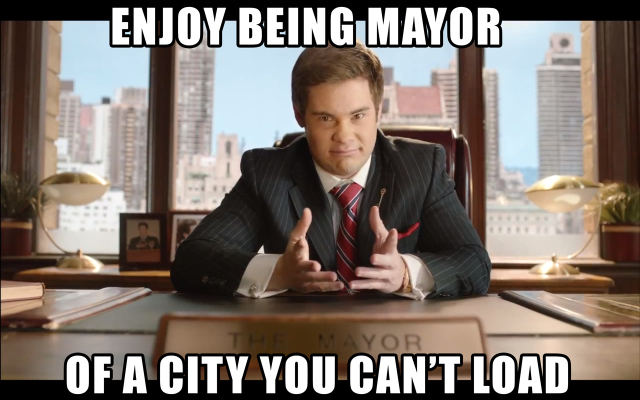 However, the cat was really let out of the bag when Rock, Paper Shotgun ran an article quoting a Maxis insider who admitted that EA’s “revolutionary” new engine Glassbox was not as revolutionary as we thought. Glassbox was the main reason why EA said SimCity had to be connected to the internet, as the average PC lacked the capacity to run the immense amount of calculations needed. But the Maxis insider said not only are the calculations extremely basic, but SimCity does not need to be connected to a server to perform them.

So to recap, with the server problems making the game quite literally unplayable, patches removing features from the game and with the few people who could play finding an extremely different game, many people began to get upset and request refunds. Refunds which EA refused to give out.

Let me just repeat that. Here we have a product that not only was inherently, fundamentally broken, but also one that was significantly more dumbed down than gamers were led to believe, and EA refused to give their customers a refund. 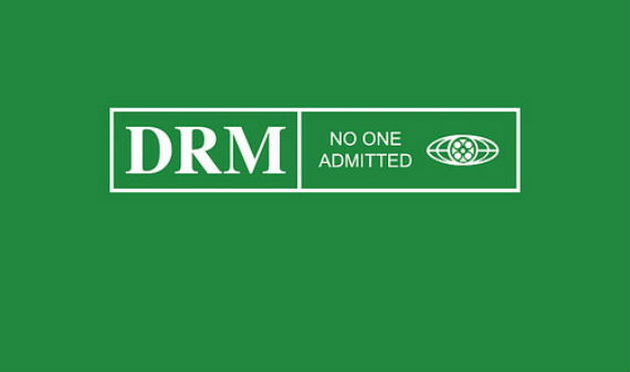 This is the real issue with the games industry today, indeed the digital industry as a whole, as digital downloads become more popular. It’s the legal debate over ownership of non-tangible property, and the difference in the rights that are afforded to you as a customer between buying a physical product and a digital one. On Origin, the Terms and Conditions state with some clarity that if you wish for a refund on a physical copy than you are entitled to one. However with digital downloads the policy is very different;

[quote]“As a general policy, EA does not offer refunds on any products downloaded through Origin”.[/quote]

Of course, savvy shoppers may know that in Europe we have something called the Consumer Rights Directive, which gives anyone living in the European Union a 14 day ‘grace period’ to request a refund without a reason. This means that us Europeans are safe, right? Wrong. Digging even deeper into EA’s Terms, we find this interesting nugget;

[quote]“If you live in the European Union…you have the right to withdraw from your purchase within fourteen calendar days.”[/quote]

[quote]“If you reside in countries other than Germany you will lose your right of withdrawal if you start downloading your product, or if you remove…the shrink wrap from your physical product, or if the performance of our services have begun”[/quote]

EA are forcing their customers to sign away their rights afforded to them under the European Union, and this is the crucial bit, not when you play the game, not even when it is in your possession, but from the moment you begin downloading it. That’s the equivalent of going to a French restaurant, ordering a rib eye steak, being served a Findus Horse LasagneTM, and not being able to complain about it because you let the chef cook it for you.

This isn’t just EA that’s doing this, by the way. Paypal, the world’s biggest e-commerce service, also refuses refunds on digital downloads. Steam goes even further, threatening bans if they get any requests for refunds. This problem isn’t just limited to videogames, either. TV series, films, steaming services like Lovefilm or OnLive, even books or graphic novels can all be bought digitally, and the market is always growing. Sure, games are more complex, hence more likely to break, but pretty much any product can be misrepresented like SimCity was, and almost anything intangible you purchase and download suffers from the same lack of guidance or legislation. With digital downloads only growing in popularity and diversity, how much longer are consumers going to have to just do without their rights? 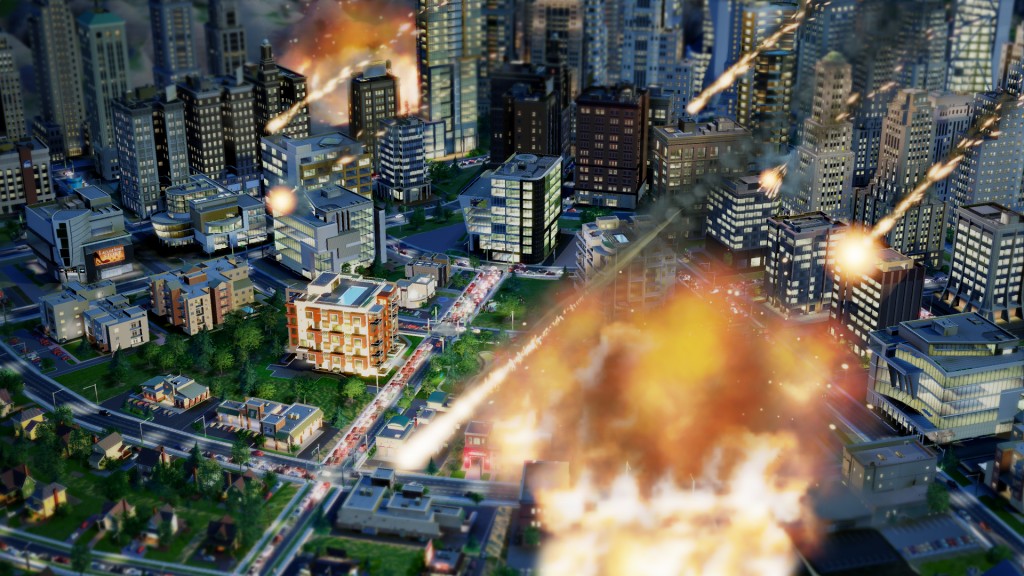 There are a few practical reasons for these terms and conditions, of course. Mainly to do with revenue protection. Most games could be played through beginning to end in a 14 day grace period, at which point one would still be entitled to a refund. If games companies weren’t seen to have some terms to plug this loophole then it could foreseeably become a common practice for gamers to abuse the system. In a similar vein, downloading a product  eliminates one of the main reasons for refunds in the first place; damaged or faulty products. There’s no chance of being sent a broken disc if you’re downloading something; you’re just recieving a long piece of code identical to everyone else. If it doesn’t work? That’s your problem buddy, should’ve checked those system requirements. Might not be ethical, but it’s understandable.

The key reason though, one we need to consider, is that all the reasons gamers were giving for refunds in the case of SimCity were temporary ones. There’s no doubt in anyone’s mind we were supplied with a fundamentally broken and misleading product, however, digital products can be fixed. EA corrected all these server problems very fast. New servers were added, existing server capacity was increased by 120% in three days, and they have been steadily patching the game’s bugs. It should have been right first time, but nonetheless a few days later and SimCity was stable. The fact that digital media can be fixed and improved in such short spans of time is crucially important.

Gamers are always starting an outcry over something, and sexism online is everywhere. We can be a hot-headed bunch; are we being a little bit too callous here, too? Sure, EA broke our trust but not only has the problem been sorted quickly, but EA have offered players a free game, out of a list containing some solid AAA titles. Are we overreacting by saying all this is still not good enough? Maybe we should have been afforded a choice in the matter, but that waiter in the French restaurant wouldn’t just want to give you a refund straight away. He’d try to get you the correct meal, and maybe throw in another free one if you’re lucky.

The problem for me lies deeper. It’s the fact that we are currently at the whim of the developers and publishers. What if EA had taken longer to repair the game? What if they hadn’t bothered to fix it at all? After all that’s well within their rights. Thanks to a combination of gaps in the law and harsh yet legal terms and conditions, games companies have no obligation to provide us with something that is fit for purpose in the first place, and if they do put out shoddy products, we as consumers have very few rights to combat the situation.

Why are there still gaps in the law like this? The UK and USA alike both put huge amounts of resources in combating software piracy; in the USA it is a Federal crime to do so. That means you could be investigated by any number of organisations from the police to the FBI or Secret Service. Digitally downloading without paying for it is so choked with legislation it’s a huge political issue, so why are legal, paying customers still neglected? It’s clearly not a case of the law being too slow to catch up with advancements in technology, so the fact that we are still at the whim of whatever arbitrary terms and conditions the publishers decide to implement is a problem. The fact that publishers can make us sign away our protection under the European Union? That’s worrying.

Consumers and companies alike need to reach some middle ground, but at the moment the law significantly favours the side of the games companies. This is a great shame, after all, digital downloads and streaming aren’t exactly new ideas anymore. The good news is that the vagueness of the law surrounding the sale of digital goods has already begun to attract some attention. Here in the UK, amendments are already being debated to include intangible goods and services in the Sale of Goods Act, and of course there’s also the protection afforded us by the European Union. In the USA however, consumers are a lot more vulnerable, with no protection either at Federal or State level. With one fiasco already making big waves in the mainstream media, how many more will consumers have to suffer through before changes are made?

Matt, 24 last time he checked, was born and raised in Manchester. A self-styled geek; when he isn't annoying his other half by fitting in as much gaming time as he possibly can, he can be found getting his fix of Fantasy and Sci-Fi elsewhere by reading, writing, or watching TV Series and Films. He is also a Michelin 3-Starred Chef in his spare time, and can be found experimenting in the kitchen, and generally poisoning his friends with obscure and mysterious dishes.
You might also like
5Downloaddrm