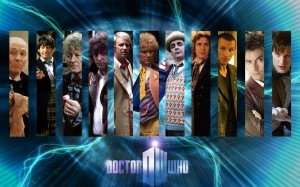 Ear plugs at the ready non Whovians. In line with Doctor Who celebrating its 50th year, Moffat and the team are looking to bring ALL the Time Lords back together for a one off show spectacular! Yes, this includes the sadly departed William Hartnell, Patrick Troughton and Jon Pertwee. How, you say? No, there isn’t a mad scientist experiment in the works to create a ZomDoctor.

Sifting through the internet back water I came across an article written on the 15th February 2013 on www.mirror.co.uk depicting a large picture of my favourite trio, the Doctor and the Ponds. Above said picture the title read “Who’s who of Doctor Who: BBC to reunite ALL former Time Lords for 50th anniversary special”.

I screamed, I squealed, I got all excited by this prospect. I read on eagerly. The article goes on to say “Seven of the surviving actors are set to return in cameo roles on the 3D episode to mark the 50th anniversary of the sci-fi favourite. And chiefs also want to involve the first three Doctors – William Hartnell, Patrick Troughton and Jon Pertwee – who have died since the first episode screened back in 1963. They would be included in the feature-length special using computer generated images and old footage”.

Whilst I am a cynic when it comes to the media, and I don’t 100% trust what the internet says, I can’t help but almost pop with delight. However, the article also intimates that this will be the time where we say goodbye to our beloved Eleventh Doctor. In a previous article I was sad to hear the rumour that Matt Smith would be leaving the series, and strongly denied all knowledge of this fact.

Now, it seems we have a time and a place, and I believe that the bubble of denial has been most inadvertently popped. So, thrilling and chilling all at the same time; get your hankies at the ready and your councillor on speed dial, because this magnificent episode (still in production), will be a rollercoaster of emotions, and all in the most wonderful of dimensions, the third.

If you want to read the full article, follow the link: http://www.mirror.co.uk/tv/tv-news/doctor-who-50th-anniversary-special-1710900 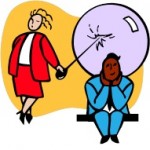 Here is me in the form of a haiku: My name is Jodie, Love fun, love hugs, loving life, To write is to be.
You might also like
50th specialanniversaryBBC