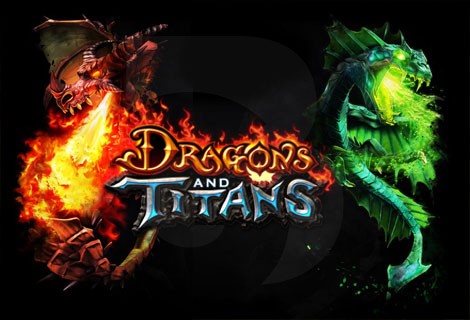 The MOBA (multiplayer online battle arena) genre has become increasingly popular over the last few years, culminating in producing some of most devoted players and fans alike, spawning massive tournaments watched by millions online. With the current heavy hitters being League of Legends and Dota 2, with Blizzard‘s Heroes of the Storm on the not-so-distant horizon, any developer entering the MOBA fray has to be confident that their product can stand out from this pre-established crowd. Certain developers have stood out from the crowd by using licensed franchises, such as Monolith Productions‘ Guardians of Middle-Earth utilising the broad Lord of the Rings universe, or the new Infinite Crisis, featuring everyone’s beloved DC heroes and villains. So, does newcomer Wyrmbite deliver that hook with their Steam release? Read on to find out.

This Steam version is a direct port of their Facebook and browser-based iteration, and with moving to a gaming-central platform, one could only presume that massive improvements had been made to cater for this crowd, one that had numerous other free-to-play games at their disposal in only a matter of clicks. Does Dragons & Titans offer any hooks to keep players invested then, or has it only moved to a new platform to gather more players? I’m afraid it seems to be the latter.

The gameplay is a standard affair: Two teams of 5 duke it out in a large arena, split up by three lanes. Your goal? Destroy what they hold dear at their base, being a prison holding your titan, whilst protecting you own cage. Levelling up is achieved in the manner all MOBA players are accustomed to, being defeating NPC minions until they are strong enough to comfortably launch an offensive against player controlled enemies. Along each lane are turrets, that automatically attack nearby members of the opposing team and, as the match plays on, these turrets will be destroyed, making traversal throughout the arena easy. Nothing new, just the simple formulaic gameplay that players are used to. Does that mean players experienced in other MOBA’s can jump in and play with ease? Most definitely. Will they enjoy it? That’s an entirely different matter.

Combat plays out in the same manner as other MOBA’s too, with the right click functioning as the move button, and left click operating a simple, standard attack. Other attacks are unlocked as you level up throughout the battle, and these are assigned to other keys on the keyboard. That’s where the similarities end. Interesting, unique characters? Whilst a copious amount of mythological dragons are present, they all behave in much the same way. Yes, there are variations in attack, but not different enough to be able to strategically choose your dragon to compliment your teams strengths and cover their weaknesses, so in the end I simply chose for the aesthetics. In a game that originated as a browser-based/Facebook game, you know the aesthetics aren’t going to be at their best either.

Featuring a badly designed user interface that gives me less than favourable thoughts about early Playstation games, being user friendly wasn’t at the forefront of the work ethic, although getting the UI to achieve simple tasks doesn’t seem to be up there either. With text boxes that overlapped, a character/weapon select screen that makes choosing a dragon a chore and GUI graphics that seemed unfinished, an unprofessional finish has been plastered over this game. Not to say that these issues are unfixable, however. With very little input, the team at Wyrmbite can easily bring this up to scratch and make it user friendly, and good looking to boot.

As previously mentioned, this game is Free-to-play, which means that it inevitably uses micro transactions, a staple in all the best MOBA’s. LoL uses it to unlock characters permanently instead of relying on the character rotation. Dota 2 uses it for aesthetic options. D&T uses it to unlock Dragons and weaponry with the prices being £3 and £2 respectively, although the specific dragons and weapons you unlock are random, meaning that there is a high possibility you can just find yet another low-level dragon, instead of that Japanese Koi dragon you’ve been yearning after. It’s safe to say, then, that most users would stay away from this gamble.

Now that Wyrmbite doesn’t have the niche is being a Facebook game, but instead has stepped into a much more gamer-centric playground, they struggle at every turn. Not to say that it’s unsalvageable, as the permanent weapons themselves bring potentially a new layer of strategy to the game, but in order for it to start looking like a possible contender for the MOBA crown, or even mentioned in the same breath, a lot more work has to be put in. A titan, this is not.