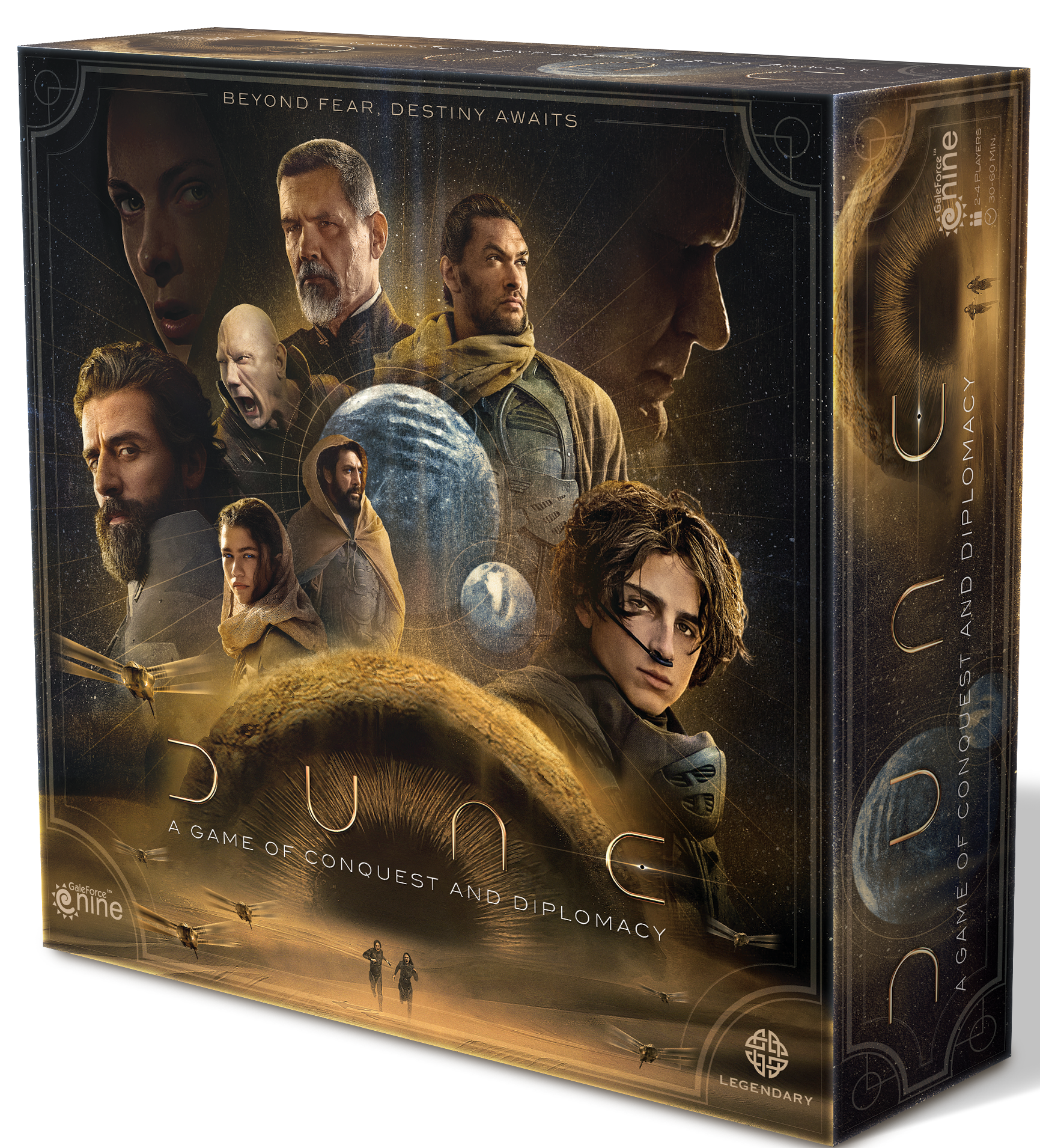 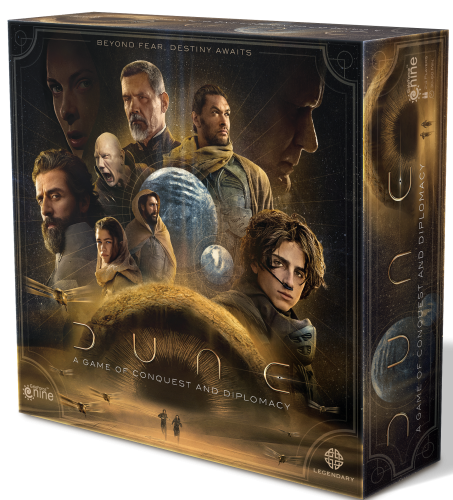 Dune: A Game of Conquest and Diplomacy, or simply “Dune”, is based on Frank Herbert’s novel Dune.  The game was first published in 1979, five years before the cinematic adaption of the book was released.  The game has been out of print for some time, but a new and updated version has recently been released by Gale Force 9.

It would be fair to say that the original Dune board game was ahead of its time, presenting a multi-way asymmetrical game of resource management and area control.  However, the game was excessively granular, with an emphasis on information gathering being key to winning.

Whilst Gale Force 9’s version is visually inspired by the Denis Villeneuve‘s Dune, the focus nonetheless remains the same as the original.  Each player takes on one of four factions; House Atreides, House Harkonnen, the Fremen or the Imperium.  Each faction has unique advantages, in keeping with their character.  For example, the Atreides have Prescience, which allows them to see part of their opponent’s battleplans.

In order to achieve victory, each player needs to control three of the five strongholds, or – if this has not been achieved by the end of turn 5 – the player with the most victory points at the end wins.  This relates primarily to how much spice has been acquired by each faction, but is dependent on other factors too.

The board game is designed for, and works best with, three to four players.  In a two-player game, the factions are consolidated into Atreides/Fremen and Harkonnen/Imperium, whilst the victory conditions necessitate four of the five strongholds being controlled.

The system has been streamlined for accessibility and is quick to grasp, but is sufficiently flexible such that it allows significant adaptability in how each player approaches the game.  One of the major changes is the five-turn limit, which becomes a major factor within the game.

This deadline changes the game’s mood from the previous version.  With this deadline in place, players are forced to abandon the previous version’s conservative intelligence gathering for a more opportunistic approach, taking advantage of shifting events.  That said, this tight deadline makes for an equally tight gameplay experience, typically 60-90 minutes, thus a playthrough of Dune is never stretched out for too long.

The game also looks amazing and is heavily inspired by the 2021 Dune film.  Although some of the tokens might have benefited from being slightly larger, this is a well-made game.  The rules are well explained and thematically appropriate for the game, as well as including a tactical overview of each faction for new players.  The game is also easy to setup, taking five minutes for everything to be in place. 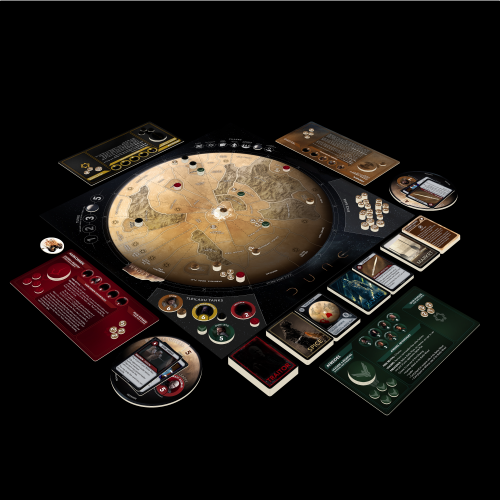