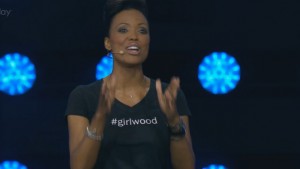 Ubisoft have just finished their annual E3 presentation with a promise to keep on supporting both hardcore and casual gamers as well as some really interesting next-gen titles. Ubisoft are arguably the most open of the major 3rd party publishers when it comes to supporting brand new console formats with new IP and it looks like their approach to PS4 and Xbox One will not be any different.

Hosted by actress and TV presenter Aisha Tyler in a #Girlwood t-shirt (an industry joke referring to an infamous quote from last year’s E3 presentation) Ubisoft did not announce many new titles today but instead focusing on adding hype to their new games heading this holiday season as well as a couple of others which will be coming to current and next gen formats next year.

The presentation kicked off with Alice in Chains guitarist Jerry Cantrell performing the lead guitar track from Angry Chair before performing a collaboration with his computer controlled band mates. The game supports voice controls via Kinect and will be suitable for beginner and advanced guitarists alike. It is scheduled to be released this October. 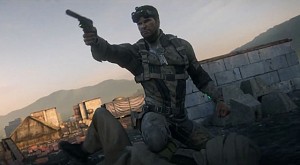 Splinter Cell Blacklist will be launched on 20th August

A new trailer was shown for this game which is due on 20th August but didn’t show anything particularly new.

Formerly a Wii U exclusive, this game is the follow up to 2011’s fantastic Rayman Origins and will be released on 3rd September.

Developed by Fallout: New Vegas studio Obsidian, this game went from being the highlight of Microsoft’s E3 2012 conference to being sold to Ubisoft from THQ when THQ were dissolved earlier this year. Ubisoft are promising that Stick of Truth will be the same game with a different publisher and considering how heavily involved South Park creators Trey Parker and Matt Stone have been involved with the project, this game definitely has potential. 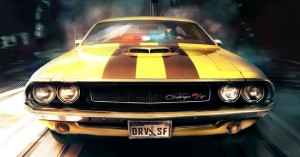 The third open-world racing game to be announced for next gen consoles so far and due in early 2014, The Crew completely recreates the entire USA with more map variety than any other game. The game takes place in an online and completely persistent world and is designed mainly for online coop play although Ubisoft have made it clear that the game can also be played in single player if preferred. Players interact with their friends to form their own crews and take down criminal organisations across the country one city at a time. Like Xbox One exclusive Forza 5 and PS4 exclusive Drive Club, the game also features heavy social elements and supports tablet apps. It looks impressive but it may need to stand out if it is going to compete with the two aforementioned titles in this genre, particularly as both of those will be available at launch with their respective consoles later this year.

Watch Dogs was shown during Ubisoft’s presentation but unfortunately only in the form of the trailer that was already released earlier on Monday.

Pretty much the same as it always was. If you like singing along to One Direction in your living room and waving your arms around like a massive knobhead then this is the game for you.

A new trailer was shown for Black Flag tonight along with some in-game footage which looks extremely impressive, although it wasn’t made clear whether the in-game footage was next gen or current gen. Black Flag will reportedly allow players to explore the world of the game’s pirates as they want to in “the most ambitious open world game ever created”. 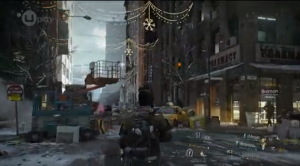 This is a next gen sequel to the Xbox Arcade hit Trials Evolution and will be released on current and next gen formats as a downloadable title in 2014.

Mobile spin-off in the Trials franchise which will also be launched in 2014. Exact formats weren’t confirmed but iOS, Android and Windows Mobile would be a safe bet.

This was the last item on Ubisoft’s agenda and for the second time in a row Ubisoft stole the show with a brand new IP. An open-world online RPG, The Division takes place in New York three weeks after a pandemic virus has hit America on Black Friday, spread via infected spores on bank notes during the biggest trading day in the US retail calendar. Unlike The Last of Us, The Divison does not take place in a world infested by a zombie virus or plague but rather deals with man’s fight to survive on the few remaining supplies available. No release schedule was announced but this game looks absolutely incredible and is definitely one for any next gen early adopters watch list.

Ubisoft also covered the free-to-play online The Mighty Quest for Epic Loot which is currently in closed beta and an interactive TV show based on the Raving Rabbids franchise for Nickelodeon in the US. After watching the Microsoft and EA presentations earlier today, it’s nice to see a presentation by a publisher which doesn’t take itself too seriously and focuses on the games rather than marketing and engine developments.

What did you think of today’s announcements? Which games are you most looking forward to from E3 2013 so far? Let us know in the comments section below or via Facebook or Twitter.

To register for the closed The Mighty Quest for Epic Loot beta visit: https://www.themightyquest.com/en

A proud member of the Geek Pride video games editing team, Sai can currently be found trying to get through his Christmas games backlog (and failing miserably at it).
You might also like
ACassassins creedbreaking