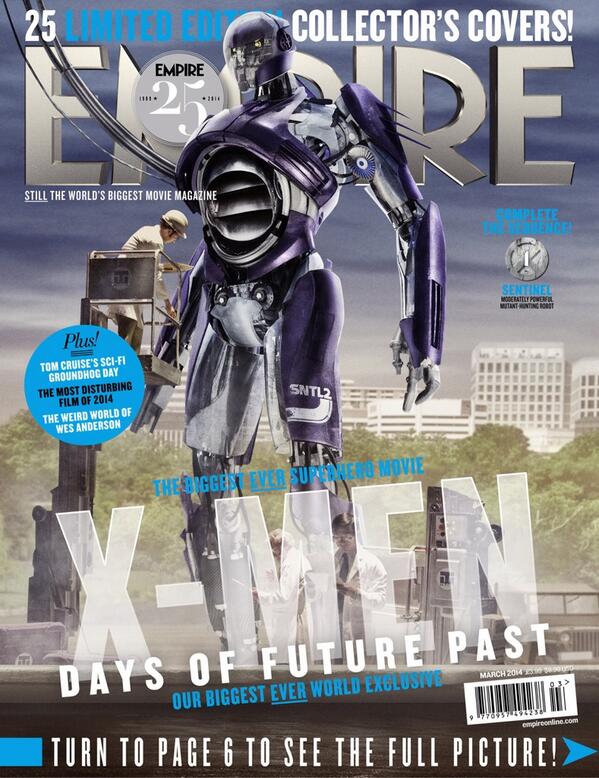 For those of you who don’t know, Empire is one of the greatest movie magazines out there and comes out once a month with all sorts of cool features. This month, with the upcoming release date of X-Men: Days Of Future Past (May 23rd), they’ve decided to give us the motherload  of all content on the latest addition the X-Men saga by delivering their biggest ever world exclusive.

Page upon glossy page, dedicated to what looks set to be cinematic adamantium. Oh, and as if the feature itself wasn’t enough, in tune with the fact that 2014 is Empire’s 25th anniversary and they’ve decided to celebrate in truly epic style with a yearlong celebration of film greater than anything they’ve gone for before, they’re delivering 25 DIFFERENT COVERS. Let that sink in. 25 alternative covers for you to choose from, ranging from the sheer awesomeness that Peter Dinklage brings to every role he ever takes, this time that of Bollinger Trask, summed up on the cover with the words “Robotics Genius, Mutant Hater, Smooth Political Operator”, to Beast and even director Bryan Singer. 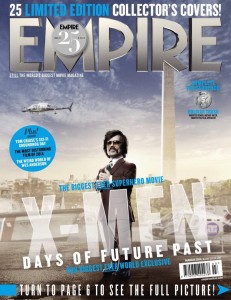 At the time of writing, 13 of the covers have been released, the latest being that of Future Wolverine, and you can find them and take your pick here. On top of the cast of well established characters; Havok, Xavier, Magneto, Beast, Wolverine and Mystique all appear, there is the joyful return of Toad and a young William Stryker (the bad guy in X2) and the addition of newbies Trask, the Sentinel and Quicksilver.

And though some of the covers may be more… questionable than others, we can but hope that the acting performances will shine through over the slightly dubious costume choices. Either way, if nothing else, the sheer fact that the story of Future Past and the bleeding Sentinels are being brought to the big screen should be enough to get your fan juices flowing. I mean, it’s the bloody Sentinels, how can you not be excited to see the X-Men facing off against giant, mutant hunting robots? 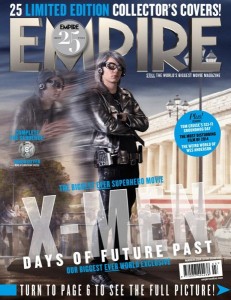 If you haven’t already seen it, the squeal inducingly exciting trailer can be seen here. The movie is set to take the story in a slightly different direction the original, and awesome, comic in that Wolverine will take the place of Shadowcat in as the time traveller, probably due to his well established fandom credentials but the story still looks to be pretty true to the source otherwise and with the brilliant First Class cast returning alongside their older counterparts and Bryan Singer back in the director’s chair,  Days Of Future Past looks to be truly epic. If it’s as good as Empire are making it look, it may just blow all competition out of the water.