It’s another cartoon animal this week, this space rabbit has been fighting against the evil Toad Empire since the early 80’s in comics, and in his own TV show through the 90’s, it’s the fearless captain of The Righteous Indignation, Bucky O’Hare!

First up, this image from Marcotte. Great pic, love the background and shading, but most of all love the steely expression on that battle-hardened bunny face! Next up, this image from Brendan Corris, part of a brilliant series he did with Bucky characters. I love this style, it’s got a bit of a Ren & Stimpy feel to it – could have been a very different show if it all looked like this! 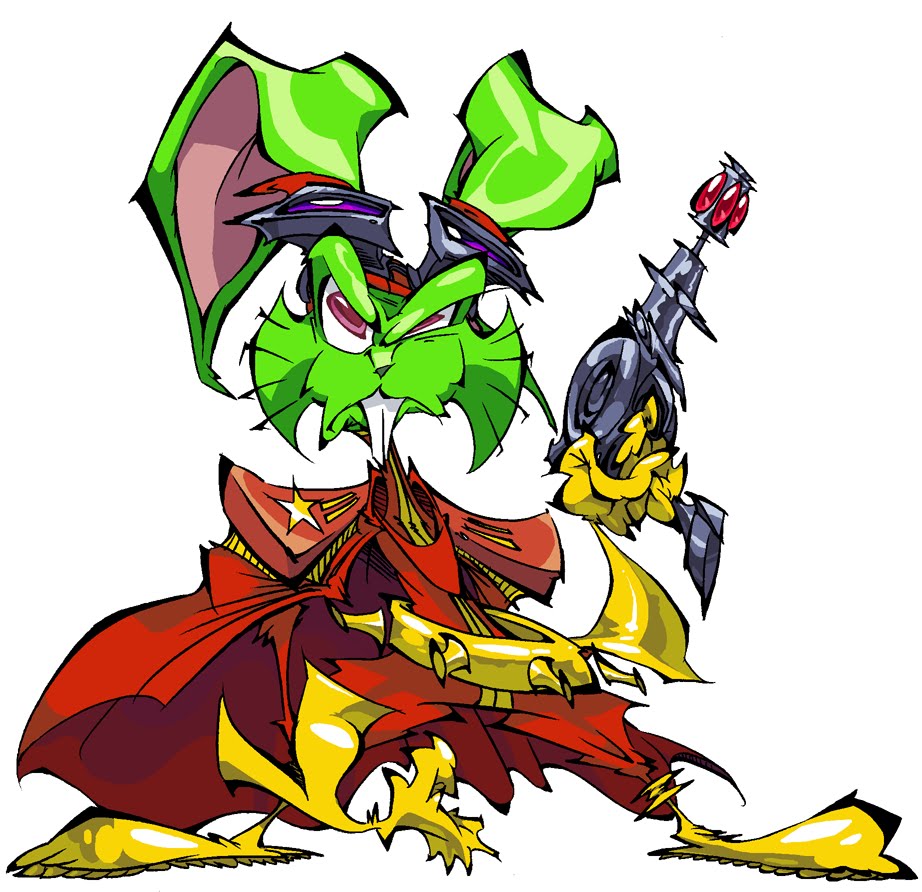 A great pose and semi-realistic Bucky here from Royce Southerland. I always liked the weird balance of cheery kids cartoon with colourful animals and desperate battle for freedom against the oppressive Toad Empire in Bucky, and this one serious hard-hitting, freedom fighting space rabbit. This is how I would like a Bucky reboot to look – imagine how badass Deadeye Duck would be! Ok, next for a bit of variety, and cause I have much love for pixel art, here is Bucky making a cameo appearance in Minecraft courtesy of Woodyman. He’s got some great Minecraft art over on his site, but this cute little Bucky sprite is my favourite. For my final piece, after much deliberating, I’ve chosen this pic from Michael Mayne. It’s a great blend of cartoon and realism, I love the dark shading and the level of detail is very impressive! Also, this is one of those images that makes me want to pick up a pencil again and gives me a bit of inspiration to draw – always a good thing! Congrats and thanks to all my featured artists, keep up the good work – mutants and aliens and toads beware!

Turns out there is some really good fan art out there for Bucky, (and also some really questionable art for Jenny) and I could probably have made this into a Top 10 feature. Feel free to link to any you find in the comments – there’s some great stuff out there!

If you have any suggestions for characters you would like to see featured here please comment or send us a message!

I'm Mel, currently living in Sheffield, but originally from the other side of the Pennines. I'm a lifelong gamer, RPing from a worryingly early age, and basically raised as a geek - I don't think I ever had another option! Any spare money I have gets spent on comics, photo gear or lucha masks, and any spare time I have, when not gaming with friends, is wasted on Sims, Minecraft and trashy movies.
You might also like
artcartoonfan art