previous
Why Hannibal is the best thing on TV
random
next
Jack Bauer is back in trailer for 24:Live Another Day
Film and TV
6 likes

Today is International Women’s Day and I want to celebrate some of Sci-Fi & Fantasy’s hardest working female actors. Sidenote: whilst researching I found a saddening phenomenon, google ‘female sci-fi actors’ and the first few entries contain the word ‘sexiest’…this makes me very angry.  The choices I have made have been picked for their contributions to geek culture. Some of the women featured on this list may not have hit the Hollywood big time, but they have all played a part in making the genre a success and one that continues to thrive. Let’s kick this off with… 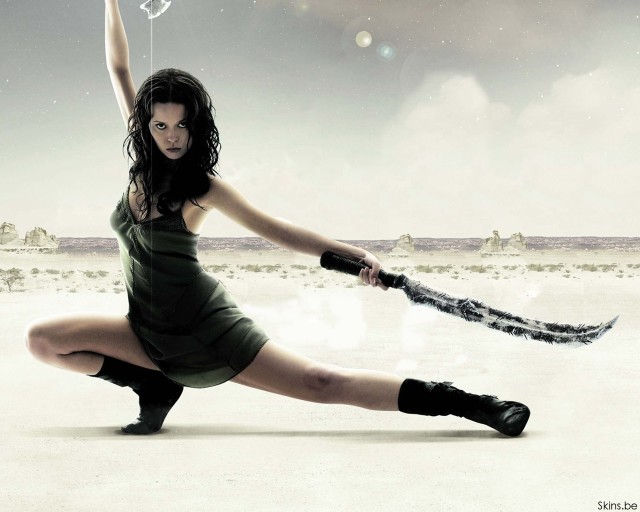 A member of the Whedon alumni, Glau is most famously appreciated for playing the barefoot, kick ass, psychic, genius River Tam in Firefly & Serenity. Onto top of this, she also has quite a sci fi & fantasy resume under her belt.  She played an actual Terminator in Terminator: The Sarah Connor Chronicles, voiced Supergirl in Superman/Batman: Apocalypse, has had roles in Dollhouse, The 4400, Alphas and more recently Arrow. During an early appearance in Angel, Summer used her real life dancing prowess to portray a prima ballerina cursed to dance for all time – in the episode Waiting in the Wings.

Unfortunately, it is widely believed on the internets that Glau has been cursed as the bringer of series cancellations, which is purely coincidental and ridiculous. We can’t blame one actress for the failures of the series makers. No matter what your opinion, there is no doubt she is a hero of sci-fi and here is a little reminder of why she is awesome: 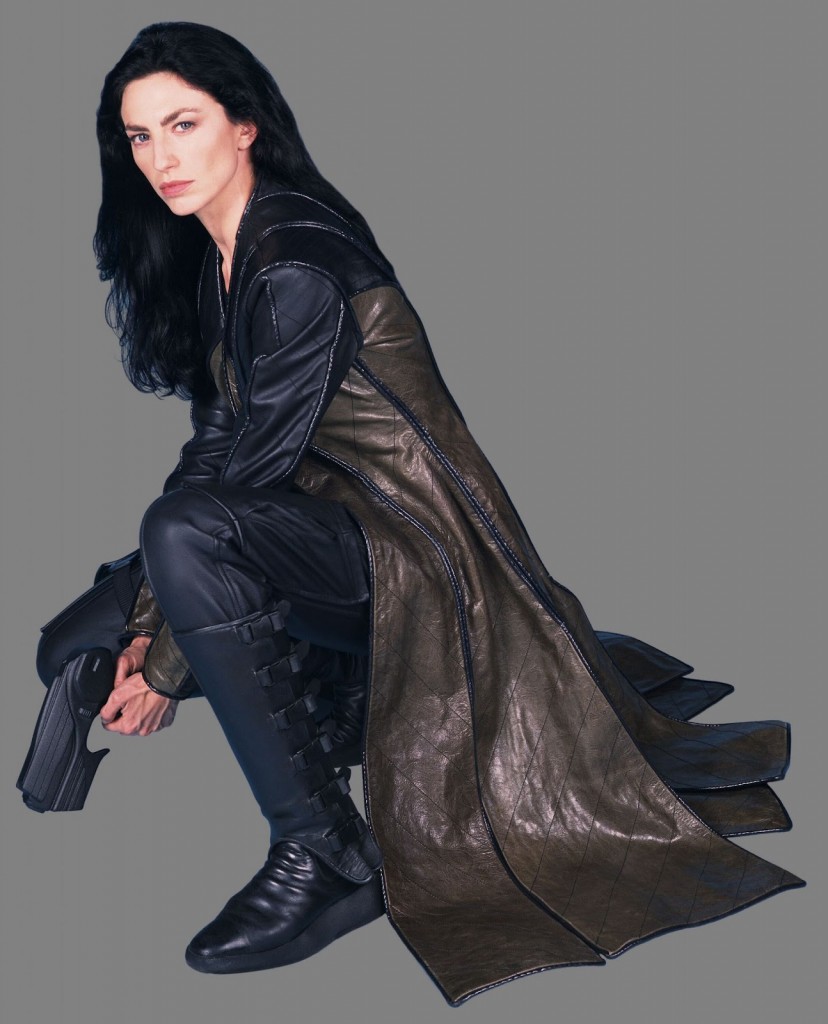 If your first thought when you hear that name is Farscape where she played the “irreversibly contaminated” military born and bred, Officer Aeryn Sun, then well done you, she was awesome in that role, in a show that does not get the recognition it deserves. But Black wouldn’t have made this list for just Farscape, her career goes way back including an appearance in Hercules: The Legendary Journeys, Xena and Pitch Black. For me, it was her portrayal as Vala in sci-fi staple Stargate that secured her status as a geekdom heroine, but I am yet to mention her credits as a voice actor in many a video game. The list is long and includes Dragon Age: Origins, Mass Effect 2, Final Fantasy XIV, Gears of War 3 and Diablo III to name but a few. If that wasn’t enough, she also voice Cheetah in 2012’s Justice Legue: Doom. Fun fact I learnt whilst researching, she named one of her sons Odin, how awesome is that? Her contribution to the genre of sci-fi and fantasy is vast and I feel, somewhat under appreciated. Never fear, Geek Pride appreciates you Claudia Black. 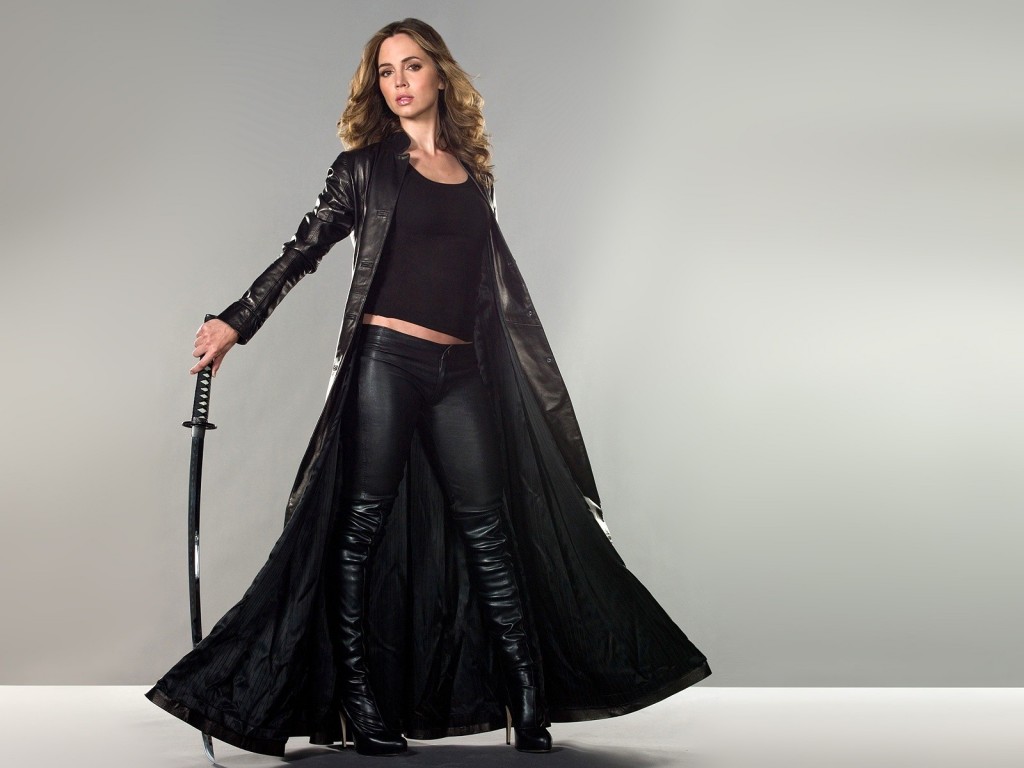 A self-confessed tom boy and another Whedon alumni, Dushku has played many a role;  Faith, the slayer gone bad from Buffy the Vampire Slayer and Angel, she was the lead in Tru Calling, a character that could talk to dead people and change their fate, and of course Echo, an active in Dollhouse. She has even dipped her foot in British Sci-Fi by voicing a character in the animated series Torchwood: Web of Lies, a series made to coincide with Torchwood: Miracle Day.  She has been She-Hulk and Catwoman and she has had roles in the games Saints Row 2 & Wet.

Quite a list and I’m not done, do you remember the daughter in True Lies? It was her, nope I didn’t remember either. She has also worked on a couple of Kevin Smith projects where he nicknamed her Duck Shoot and has played herself in The Guild. The husky voiced actress is a staple of geek culture and we love her. 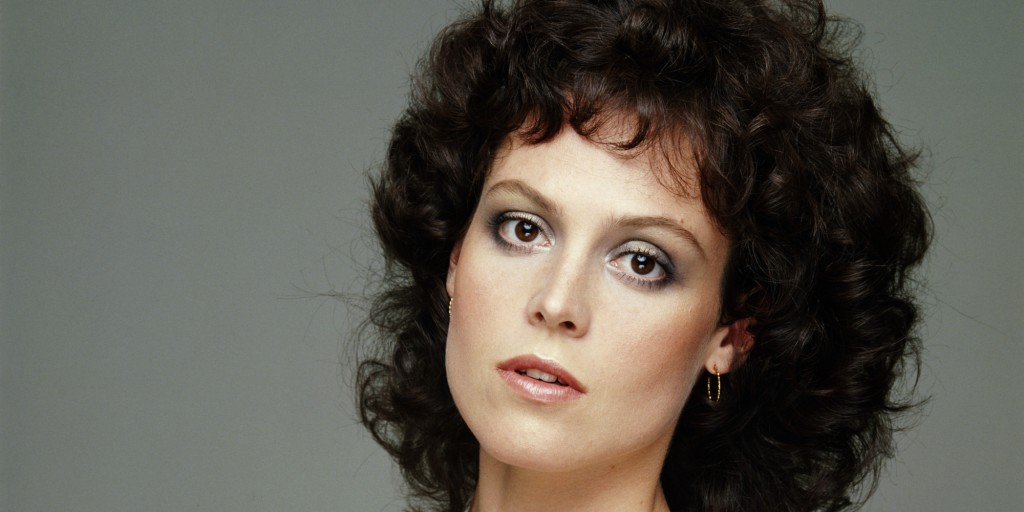 This actress is a biggy, one that falls under the category of world famous and a geek icon. Originally named Susan, she changed her name to Sigourney after reading The Great Gatsby but Weaver initially struggled in her acting career because of her height at 5ft11. Not letting it hold her back, her talent shone through and she will forever be worshiped as Ellen Ripley from the Aliens franchise, a role originally written for a male lead, but there can be no doubt that switching it to female was a wise move that established Alien and Aliens as classics (let’s not talk about the others).

And of course there is Ghostbusters 1 & 2, Avatar and a personal favourite of mine Galaxy Quest. Fun fact, she also voiced the ship’s computer in not only WALL-E but also Futurama. She has proven throughout her career that she has the acting juices for horror, drama, action and comedy all rolled in to one, making her an icon of geekdom. And if you’re not convinced, here is a another reason Sigourney Weaver is awesome: 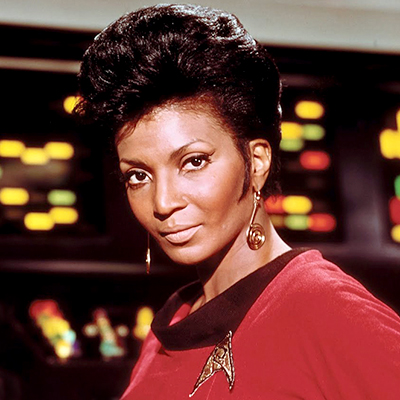 Legend is the only word to use when talking about Nichelle Nichols. Gene Roddenberry spotted her in a TV series called The Lieutenant and offered her a role on Star Trek, thus securing her place in history as the first black woman to be cast in a non-stereotypical role. Back in 1966 this was a massive deal that sadly resulted in douche bags being all racist about it and a frustrated Nichols handed in her resignation. That was until a fan told her how important her role was, that fan was Dr. Martin Luther King, who pointed out that being fourth in command of the USS Enterprise was an important positive role for African-Americans. Nichols withdrew her resignation and went on to play Lieutenant Nyota Uhura for many years in both the TV series and 6 of Star Trek films. But that is not all, through the role she shared the very first on screen kiss between a black woman and a white male, this resulted in an influx of mail, 99% of which was positive.

Her role and influence in Star Trek is epic but it gets better. In the late 1970s she was employed by NASA and in charge of hopefuls and recruits. During her time at NASA many of the recruits she launched for were minority candidates of different races and/or ethnicities, as well as gender. On a sad note, three of her recruits perished during the Challenger disaster of 1986.

Though Nichols will always been known primarily for her role in Star Trek, she has many other credits to her name including roles in Heroes, Gargoyles, Scooby Doo, Spider-Man cartoon and Batman: The Animated Series and despite being 82 years old, Nichelle is still working. What a legend!

Editor and occasional writer for Geek Pride! I prefer Star Trek over Star Wars, collect comics and wish I could be a superhero one day. I tabletop RPG as well as a little gaming, design the odd t-shirt now and again, update my Geek Parenting Tumblr and when I have cash to spend (which is rare) I scour the internet for Wonder Woman collectables. Also Doctor Who and Firefly rock!!
More Goodness
aliensAngelbreaking