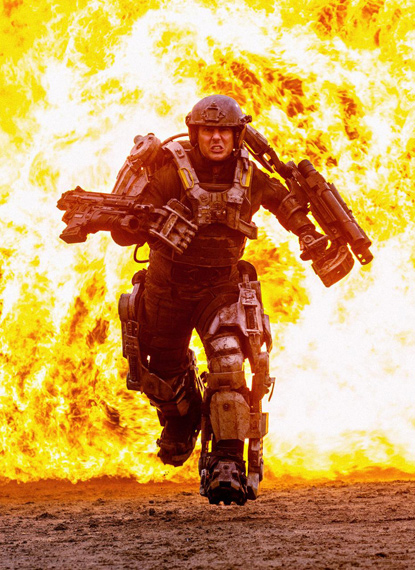 Having finished filming Jack Reacher and Oblivion, Tome Cruise is already on to his next action packed adventure; this time in All You Need Is Kill.

Set to be released in March 2014, the film is based on the book is based on Hiroshi Sakurazaka’s science fiction novel published in 2004 (2009 in English) and illustrated by Yoshotoshi Abe.  Today the first picture has arrived.

Obviously based on a Japanese science fiction war of the future, it delivers Mecha, and its good to see Hollywood is transferring the Mecha to our screens.