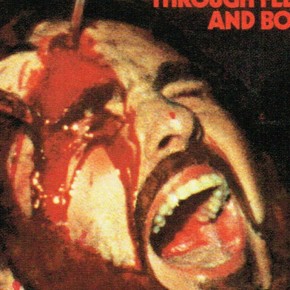 Did you ever watch Goosebumps back in the day? Well if you did try to imagine the creepy voice that welcomed you to the show as you read the next line. Ready?

Thank you, it was fun to do that with you. Anyway, yes it is indeed Friday the 13th so I thought it only appropriate that I find a horror film of some kind for your viewing pleasure. I already discussed an influential classic a few weeks ago with Nosferatu, but this time round I thought you might like to enjoy some good old fashioned mindless violence and gore. 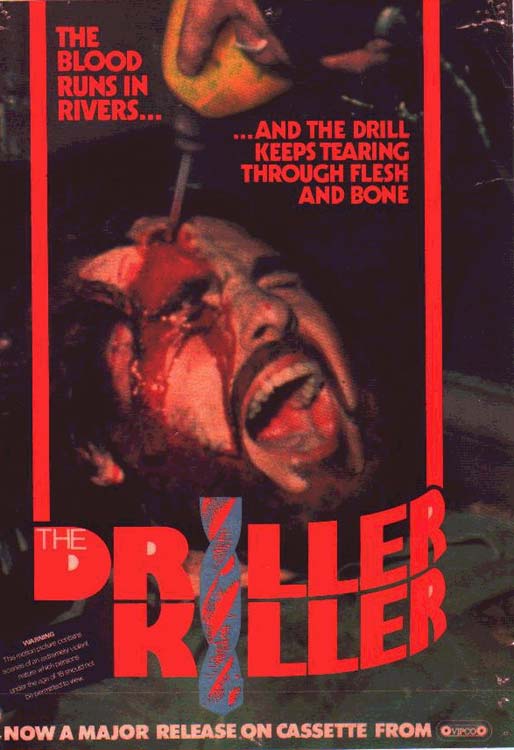 The Driller Killer is one of the most notorious films that ever caused a moral panic in the UK, largely due to that cover. The Advertising Standards Agency received a multitude of complaints that often contained not a single mention of the film itself. Nevertheless, it was successfully repressed as one of the notorious “Video Nasties” alongside many features which are today considered influential classics, such as The Last House on the Left, The Evil Dead and Cannibal Holocaust.

As it happens a copyright was never obtained for this movie in the United States, and so just as with last week’s feature Death Rides a Horse, this is one of those films that simply slipped into the public domain. How ironic that something which caused such outrage and was suppressed for so long can now be viewed freely without fear of legal reprisal from either copyright or censorship statutes.

When I was a little kid I used to go into the horror section at Blockbusters and be transfixed by the imagery of certain video covers. There was a mystique about looking at movies like that sitting there on the shelves, I knew my parents would never let me watch them, and to be honest I had no real desire to be rebellious on that point. The imagery on the boxes alone was enough to stir up my imagination, and I was quite happy to simply picture what the films themselves would be like. 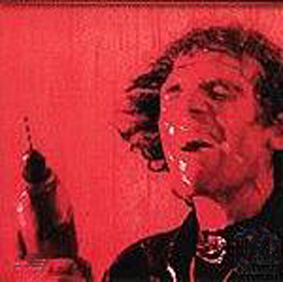 With that in mind, it was sort of impossible for me to go into this without any preconceived notions. I sat down to watch this movie and I felt a kind of foreboding, not unlike the feeling you may get if you go back to your old school. I watched this knowing that the image on the cover of the video, and all the ghoulish imaginations that it had inspired, have been buried in my subconscious since I was a child. I wondered if the film could live up to all those strange yet oddly fascinating imaginings.

In many ways it actually did. I have a lot to say about people like Mary Whitehouse and institutions like Mediawatch, bodies which were responsible for this film and many others being forbidden fruit for so many years. I have often said that with films they either overreacted to implied violence or failed to see beyond certain gratuities on account of being overly sensitive. But in the case of this movie, I will concede that they may have had a point.

To put it simply, this film is fucked up. 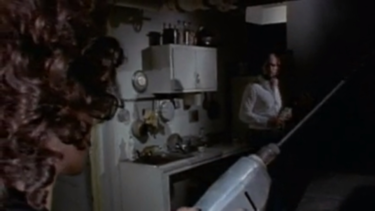 It’s a slow burner to start off with, the lead character Reno’s (played by the film’s director Abel Ferrara) descent into madness is gradual. His sanity eroded by money troubles, creative difficulties and a punk rock band living downstairs whose music torments him. When he does snap though, his first kill is sickening to watch. There is something about the drill as an instrument of death, and the way the victim writhes under the force of it, that is so much more graphic and visceral than the usual horror film death scene.

From there his darkness takes off. A killing spree ensues before torment in his personal life finally sends him completely over the edge. This low-budget indie film may be blighted by certain factors like some bad acting and at times lackluster production, but it makes up for it with an engrossing and ever-pervading sense of wrongness that is remarkably hypnotic.

This is not for the faint at heart.