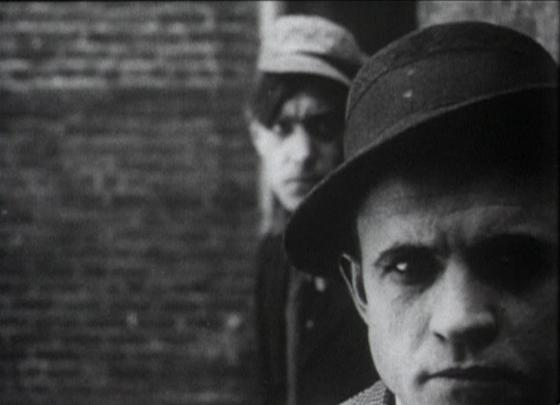 Last week we took a journey back to the earliest days of American cinema and explored an influential forerunner of one of the seminal film genres. For Free Film Friday this week I thought we should continue in the same vein, and so I decided to check out one of the very first gangster movies. In doing so I discovered a picture brimming with ambition but surprisingly lacking in execution. 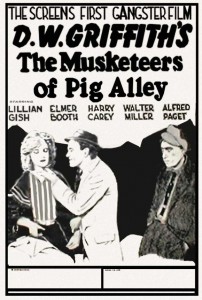 There are many factors which arguably make this film a genuine archetype. The American Mutoscope and Biograph Company which released it was the first American film studio, and the movie’s director D.W. Griffith is the controversial father of Hollywood cinema. His reputation and legacy established through a duality of influence and revulsion was gained through his direction of The Birth of a Nation in 1915, a divisive account of the American Civil War and its aftermath which portrayed black Americans as manipulative subhuman antagonists and the Ku Klux Klan as heroes. Despite its intensely contentious subject matter, that picture is still highly regarded today for its innovative film-making and directorial techniques which are still practiced today. Today’s free film, The Musketeers of Pig Alley was made by Griffith three years before The Birth of a Nation, and as such the curiosity it arouses in the film buff is considerable.

In seventeen minutes the film tells an intricate story. Poverty stricken Lillian Gish is left alone as her husband Walter Miller attempts to utilize his skills as a musician to earn some money. While he is away, she is pursued by a local gangster, played by Elmer Booth, whom she rebukes. Soon her husband returns, and Booth steals his wallet. Not long after this, another member of the criminal underworld drugs Gish’s drink while attempting to seduce her and Booth saves her from him in the nick of time. The two rival gangsters then engage in a gunfight, during which Miller takes back his wallet. Seeking refuge from the police in the aftermath, Booth finds himself in the couple’s apartment, and recognizing Gish as the woman he saved earlier, enlists her to give him an alibi. 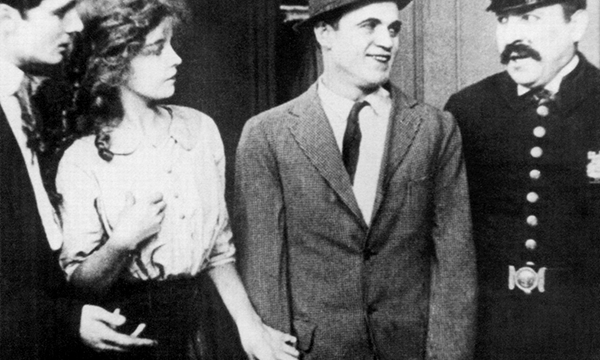 In terms of the plot I would say that this picture works remarkably well. The crossing of various character paths is a theme that has become synonymous with the gangster movie genre over the years, particularly in such notable films as Pulp Fiction. But while the story is intriguing, it is the way that it’s told which is lacking. You have to watch the scene where Gish’s drink is spiked a couple of times before you realize what is going on, for the actual act of slipping a nefarious substance into her cocktail is easily missed as all of your attention is drawn to Booth’s character watching the scene unfold. On first viewing you don’t get that he is saving her from a creep, you think his intervention stems from jealousy and a remaining desire to have her for himself despite her earlier objection. The gun battle too is a little disappointing, amounting to not much more than a whole lot of smoke obscuring the action. 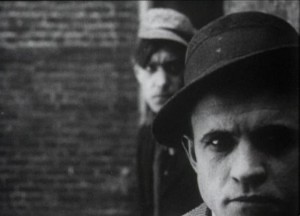 There are quite a few noteworthy bits of trivia for discerning film geeks within this movie. Elmer Booth’s heavy is played by Harry Carey, who would go on to star in numerous John Ford Westerns, and whose son Harry Carey Jr. would become an established star in his own right. More importantly, this is widely considered to be the earliest film to use the innovative ‘follow focus’, a focus control mechanism designed to increase efficiency in film production. The fading of the background and sharp focus on the gangster’s faces as they sneakily walk through an alleyway is a scene often cited as an early example of this technique.

I think the main thing to remember about The Musketeers of Pig Alley is that it is perhaps more prototype than archetype. New ideas are being tested and they don’t fully work just yet, but the important thing is that they are being tried. Griffith would have more success displaying his abilities three years later in The Birth of a Nation, and the gangster film would continue to find its feet through various pieces of experimentation until it produced three genuine archetypes in the early 1930s: Little Caesar, The Public Enemy and the original Scarface.

All in all this is a significant milestone in American cinema, albeit one that is perhaps lacking in enduring appeal.