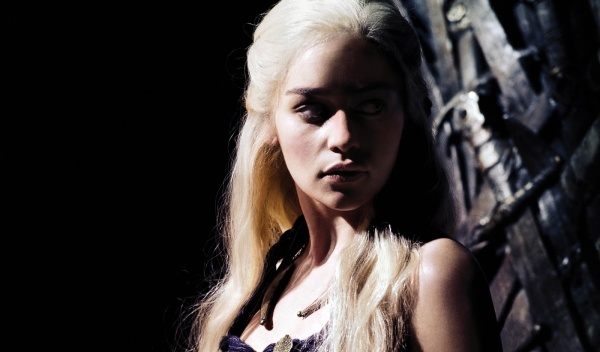 I was discussing with someone how the writers and producers of Game of Thrones will possibly be able to work with books five and six of the Song of Ice and Fire series if they have to turn the third book into two series. The conclusion we came to was that there would have to be many, many compromises and details collapsed.

One of the ways they can logically group the episodes is to run with dual themes for an episode, giving one set of characters a motif to work with and the other something entirely different. This worked quite well in Episode 4.

The first theme was that of loss, something sign-posted with the opening shot of Jaime’s now-shorn hand dangling loose from his shoulders. The following scene, with Jaime being humiliated and beaten in the mud, serve to show how much he has fallen and how the loss of his hand represented the loss of his strength and prowess as well. This is the true start of Jaime’s character arc, the piss-drinking nadir, if you will.

Tyrion then meets with Varys, who tells the story of how he was ‘cut’, the loss of his manhood and innocence. Varys plays a large part in this episode, one of the better characters from the books; ‘Influence is largely a matter of patience,’ he says, a signpost for the story over this series and the next few books.

Zooming up north, we continue with the Crow’s loss of pride as they serve Craster but also introduce the second of the themes; the imbalance of power between the genders, the strength of one man as he rules over his many daughters. Sedition is spread amongst the Night’s Watch as the Brothers shovel after pigs, a dangerous virus which twists through the mind.

This theme of gender imbalance is rather slapped on in a conversation between the Queen of Thorns and Cersei Lannister, during which the excellent Queen despairs of the foolish men who run Westeros in the Sept of the Seven. Joffrey does his creepy teenage boy thing and tries to impress Margaerey with his alarming knowledge of dead Targaeryans before she convinces him to step outside the Sept and greet the people of King’s Landing. This is the exact moment that Cersei realises she is losing Joffery’s favour, a moment very-much helped by the obvious stating of the first theme.

We then have the culmination of the Bastard of Bolton’s horrid torture of Theon, during which we see that Theon has actually grown as a character, realised that he has lost everything by choosing to support his bloodline over the family which raised him. It’s incredibly well-written, perfectly sets him up to be led back into captivity and strapped once more, screaming, to the wooden cross. Iwan Rheon plays the role excellently, the miserable joy shining as Theon’s freedom is taken from him.

Jaime then goes on a hunger strike of sorts, choosing to die now that he has lost ‘who he was’. Like a boss, Brienne slaps him down for such thinking and convinces him to eat, to fight and cope with the real world… a sign that loss is not always so bad a thing. This contrasted nicely with Cersei as she goes to visit her father, concerned about the Tyrell’s increasing influence and seeking to be an influencer, to be trusted as Jaime would be. Tywin slaps her down, knowing full well that Joffery’s nature is her fault, and accuses her of what she accused Tyrion of a couple of episodes ago; not being half as clever as she thinks she is.

Varys and the Queen of Thorns then meet, discussing Sansa. Varys’ concerns go more to Littlefinger’s potential marriage to him and the title that would earn him should Robb Stark fall. “He would see this country burn if he could be King of the ashes.” Varys offers a potential solution, which the delightful Queen had already considered; that Sansa could marry Loras Tyrell once she is queen, tying her away from Littlefinger and extending the Tyrell’s influence. The power of women is subtle but just as powerful as that of the men in Westeros, which shows how foolish Cersei has been to think herself capable of engaging the brutal Westerosi men on their own terms.

Then, in a fantastic and extended scene, the Night’s Watch burn one of their dead. “And Now His Watch Has Ended,” is the title of the episode and this loss plays out as Craster tells Lord Mormont to kill his men who are weak. The brothers don’t take kindly to this and the sedition explodes as Mormont’s commands are ignored and Craster is killed. Brother fights brother as Craster’s Keep is in disarray and Samwell escapes with Gilly and her son, taking their only chance to get the girl to safety.

That alone would have been a great end to the episode but Episode 4 treats us to a extra helping of epic after a scene where the fascinating Berric Dondarrion, leader of the Brothers Without Banners. Arya and the Hound are brought into his company and he gives a speech about the Brothers, what they stand for. They put the Hound on trial for murdering the Targaeryen children but he denies it, saying he went nowhere near them. The Hound mocks them as they heap other accusations on him for which he declares himself innocent… then Arya tells them that Sandor killed Mycah at Joffrey’s order. The Hound brushes it off somewhat but it’s enough for Berric to accuse him formally under the terms of the ‘One True God, the Lord of Light’. There will be a trial by combat… and the Hound will face Berric himself.

And then Dany. Her taking of the Unsullied was fantastic in the book and it played out just as well at the end of the episode as she reveals that she could speak Valyrian all along and commands Drogon, who she has just ‘traded’ for the whip which signifies ownership of the Unsullied, to kill him. The Unsullied and Drogon massacre the Good Masters and Dany frees the Unsullied and leaves Astapor triumphant, showing that a woman can compete at the man’s game with subtlety and brutality.

There is a lot to get through over the next few series and this episode was a model for how to cope with so much. I hope it continues like this.