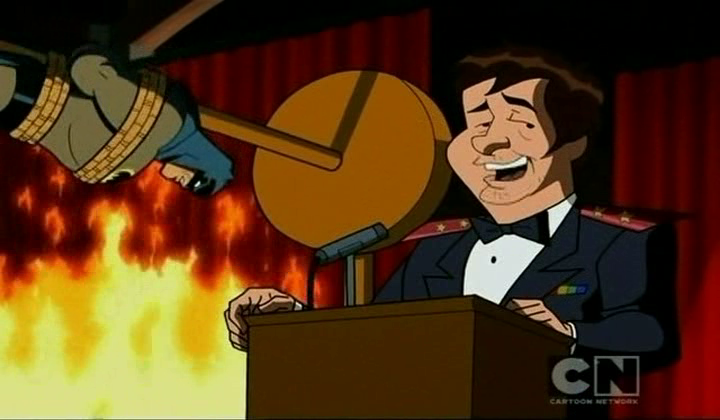 I love it when staples of popular culture cross paths. Every now and again the rarest and finest of combinations occur in the geek world and for some reason these sort of things have always really appealed to me. Remember that bit in Jay and Silent Bob Strike Back where Mark Hamill referenced his iconic turn as Luke Skywalker in Star Wars while simultaneously spoofing his exploits as the voice of the Joker in Batman: The Animated Series? That’s the kind of moment I mean.

That’s why I had to share this little piece of gold that I stumbled across during a Youtube bender: a clip from Batman: The Brave and the Bold in which the Dark Knight is subjected to a Roast by his rogues gallery.

There’s a couple of reasons why I find this so appealing. At first it was simply the notion that the star of the annual Comedy Central Roasts and legendary insult comic Jeff Ross appeared in a Batman cartoon. But there is so much going besides that. For one thing the Joker is so true to character here, he demonstrates quite early on that he can literally burn his arch enemy to death at the press of a button, but rather than just do that he arranges an elaborate exercise in humiliation for the Caped Crusader, just because he can. Classic Joker! 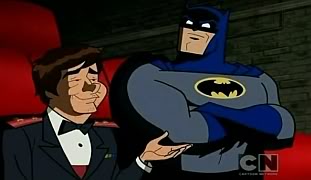 Not only does Jeff Ross steal the show with uncharacteristic family-friendly material, he also assists Batman in taking down the villains and throwing out some cringe-worthy puns. Let that sink in for a second, an acerbic, R-Rated comic took part in a fight scene so cheesy that it had to be referencing the old Adam West Batman TV show.

That is comic genius.