GEEK OF THE WEEK # 5 Karin McClure 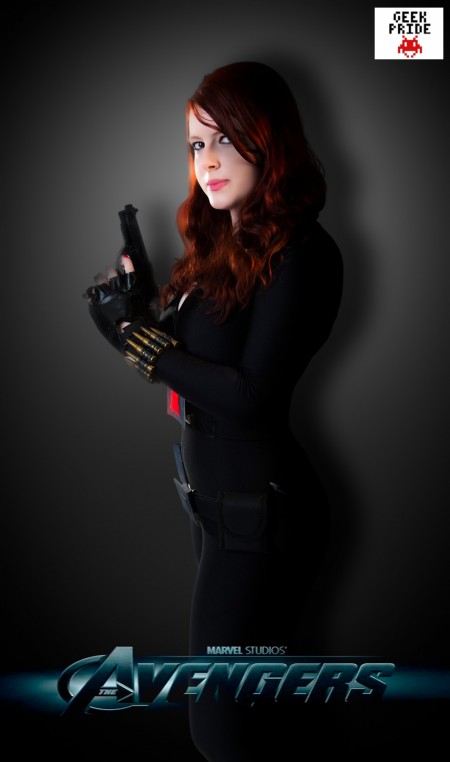 [box_light]If you would like to be our next Geek of the Week then get in contact with us on facebook or email us @ Content@geek-pride.co.uk and tell us why you deserve the honour… photos and vids help btw![/box_light][box_light][/box_light]
It is Geek Pride’s great pleasure to announce to you that, KARIN MCCLURE, is this weeks
GEEK OF THE WEEK! 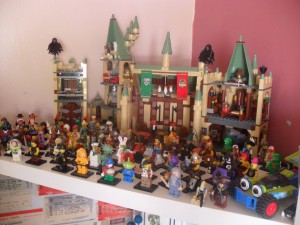 Karin is 23, from the UK and  first came onto Geek Pride’s Radar with a picture she sent us of her lego collection (How impressed are you??!!) After a chat, It then transpired that she also dabbled in a bit of Cosplay and was making a Black Widow costume, this we had to see, so we  persuade her to come along to our first Geek Pride Cosplay photo shoot…and she did!

Check out the photos and what she had to say below!

1. Geek of the week… how does that work for ya?

Not ashamed to admit that’s made my day!

2. So lego, how did the love affair start?

I remember my parents got me a lego zoo one Christmas when I was about 7/8 and I think that’s what sparked my interest it in. I’ve never really collected the models (partly due to my lack of pennies) but I got hooked on collecting minifigures as soon as they started being sold. Everytime I go shopping I need to buy one, not want to, NEED to……..I have a problem 😛

3. The picture you sent is rather impressive. Is that your whole collection or have you got more.

That picture shows most of my collection, there’s about 10 more that have had to move to another shelf as I ran out of room, and there’s a Harry Potter night bus there too. I did have a big Buzz Lightyear but in an unfortunate moving incident he fell apart and I haven’t yet been able to locate the manual to rebuild him 🙁

4. What’s your favourite piece and why?

I have 2 favourites, 1 being yoda dressed as Santa. He was behind door number 24 on my Lego Star Wars advent calendar last year, I love Yoda, lego and Christmas so that’s definitely my favourite. I also love my Braveheart-esque Scottish highlander minifigure (he’s at the front on the picture, next to buzz lightyear) I’m Scottish and proud and I think he sums up my Scottish spirit rather well. “Freeedommmmmm” etc.

There isn’t anything else I actively collect. I collect games (PS3 mainly) though that’s just due to being a gamer girl geek 😛

6. I believe you are also a Cosplayer, What characters have you dressed up as and what would you like to dress up as?

I’ve only recently got into Cosplay, though I suppose I kind of started a few years back when I made a Big Daddy costume to wear for my sister’s birthday (I am an uber Bioshock fan). I still have it somewhere, though it’s probably falling to bits by now. I am currently working on a Black Widow (Iron Man 2) costume, as well as Catwoman (DKR). I’ve been told I have a slight resemblance to Scarlett Johansson’s as black widow so I decided to give it go. I’ve also been told I look like Amy Pond from Doctor Who so maybe I’ll dress as her sometime too.

7. Anything you want to add?

I’ve been a bit of a closet geek for the past few years and I decided enough was enough and it was time to embrace all things geeky. Thanks for making me geek of the week, tis rather splendid 🙂