previous
Q&A with Sean Patrick Fannon
random
next
Should Nolan's Batman be allowed to return?

This week we look at sequels announced for 2014, why Joss Whedon is criticising Star Wars VII and the Red Dawn remake. I’ll also tell you why I’m excited for what Danny Boyle’s got planned for 2016.

Welcome to this week’s edition of Geeks on Film. We’ll be looking at some of the top stories in the film world from over the past few weeks, including info on upcoming Jurassic Park and Resident Evil sequels in 2014, Expendables 3 and Joss Whedon’s thoughts on the new Star Wars movie. I’ll give you a taster of new releases and then tell you what piece of Danny Boyle gossip has got me all excited.

As we’re getting closer to this year’s major releases, film news is becoming a little scarce. We’ve all been inundated with Iron Man 3 news, Star Wars VII updates, Star Trek: Into Darkness subtle hints and teasers for most of the upcoming superhero sequels over the next year. It seems that Hollywood have started to ease up on the gossip (not that I’m complaining, I’ve seen enough of Iron Man 3 now to not bother watching it), so this week’s news section is a little lacking.

Director Colin Trevorrow has now been attached to the upcoming and long awaited Jurassic Park 4 which will be released in June 2014. The sequel will no doubt be coming in the 3D format, with a strong likelihood of the first film being released in 3D around that time. Another announcement for 2014 as Paul W.S. Anderson will be returning to direct Resident Evil 6 which will almost definitely see the return of Milla Jovovich as well. It seems that they’re going to keep milking that one for all it’s worth. 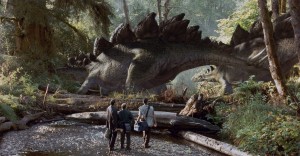 Sly Stallone has been dropping some hints about Expendables 3 which we can expect in the next year or so. He’s commented that Segal will not be returning but there are hopes that Jackie Chan will come on board. Stallone has commented that the sequel will see some ‘young blood’ featuring tech whizzes as opposed to the usual aged beefcakes.

This goes against previous rumours of Wesley Snipes, Harrison Ford and Nicolas Cage joining the cast, which I’m hoping is true. I rather enjoy the exaggerated action and silliness of the Expendables series, but really could not bring myself to watch the sequel if Cage was involved. Unless he was a villain and the plot involved him being horribly killed. Still, the thought of watching his face on a cinema screen utterly terrifies me *shudder*. 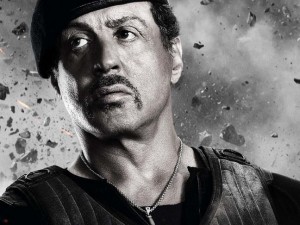 In other news, there’s been a little more gossip on Man of Steel from director Zach Snyder and Superman himself, Henry Cavill. Snyder has commented that despite being an alien, he feels that this film will bring us a more relatable and ‘human’ superhero, with Cavill calling him a ‘Superman for the modern age’.

Finally, Joss Whedon has been critisising the upcoming Star Wars VII movie, saying that he would do things very differently. Whedon disagrees with the return of the original cast including Harrison Ford, Carrie Fisher and Mark Hamill. Whedon argues that the films should be moving forward, not backwards. I can definitely see his point. As much as it will be good to see the original cast return, they’ve not exactly aged well and I can’t see how it’s going to work without an immense amount of CGI and wrinkle removal. 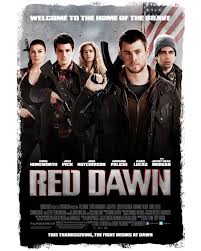 As we’re approaching superhero and sci-fi season, releases at the moment are a little lacking. This week saw the arrival of a remake of 80s classic, Red Dawn, starring Chris Hemsworth (most likely the only reason worth watching). The original film focuses on American teens taking on Communist forces, which has apparently been brought up to date with new rivals. 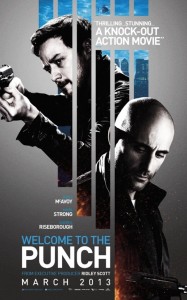 Another release this week is Eran Creevy’s directorial debut, Welcome to the Punch, starring James McAvoy and Mark Strong.

Lewinsky finally gets a shot at capturing his nemesis when Sternwood is forced out of hiding due to his son being involved in a botched heist. However, dun dun dun duuuuun, events take a turn and both men come across a conspiracy that puts both of their lives in danger. Nothing new, but the visuals look pretty swish with a strong use of blues and greens and some rather nice cinematography.

Whilst film news has been a little lacking this week, there was one rather special snippet of gossip that has most definitely caught my attention. Director Danny Boyle has announced plans to begin work on a sequel to 1996’s cult classic, Trainspotting, set for a 2016 release. 2016 is a good few years off, but Boyle has expressed an interest in releasing the film twenty years after the original. Boyle believes that Trainspotting is such a classic that it deserves a sequel, and that releasing it twenty years after the original will create more interest and make people think ‘wow, where has the time gone?!’. 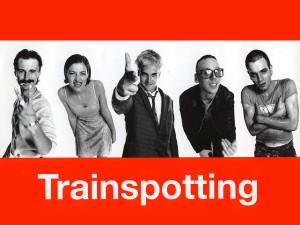 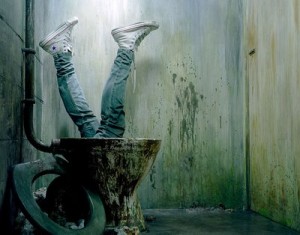 I'm an aspiring film journalist living in Chester. Into all kinds of geekery from N64 to Xbox, graphic novels, cosplay anime and more. I have an unhealthy obsession with Pokémon and the Legend of Zelda series. So much so that I have two Zelda tattoos and various Pokémon lurking all over my house. In my spare time when I'm not busy being a real person and working, I'm writing or making retro games jewellery. I'm also obsessed with pandas. They're fabulous.
You might also like
breakingexpendablesfilm news