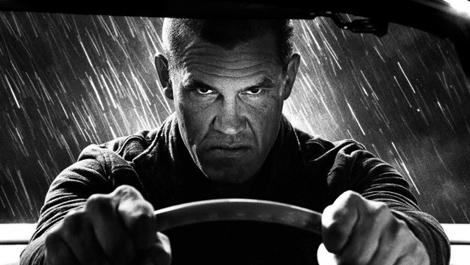 This week we look at Sin City: A Dame to Kill For, Michael Bay’s TMNT reboot, new releases and why I’m excited about Stoker.

Welcome to Geek Pride’s new film blog, Geeks on Film. It’s a working title, spawned from a little word play inspired by my love of the 80s and general geekiness. I like it, anyway. In this brand spanking new weekly feature, I will aim to bring our lovely readers a condensed round-up of all the news, announcements, new releases and general happenings in the world of film. The idea is to bring together tasty snippets from the past week as well as take a look at what’s being released before our fabulous writers review it for us.

For the trial run, I’ll be splitting the blog into three pretty self explanatory sections; ‘This Week’s Top Stories’, ‘New Releases’ and ‘I’m Excited About…’ which will look at upcoming events in cinema that I recommend watching out for. This week we’ll take a look at news on Sin City: A Dame to Kill For, the TMNT reboot and Muschietti’s haunting horror released today, Mama. Plus I’ll tell you why I’m looking forward to upcoming movies, Machete Kills and Stoker. 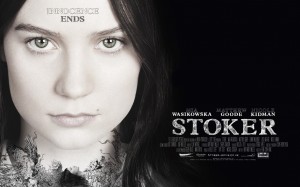 Earlier this week we were treated to the first image from Sin City: A Dame to Kill For via Robert Rodriguez’ Twitter. The image features Josh Brohlin as Dwight, taking over from Clive Owen in the first film. This was news to me that Owen wouldn’t be reprising his role in the upcoming sequel, as I can’t bloody stand the fellow. I really don’t know why I don’t like Clive Owen. His dull glare, his appearance in the shockingly snooze-worthy The International or perhaps the fact that he thinks he can go around killing people with carrot (see Shoot Em Up). I just don’t know. It’s not like my utter hatred of Nicolas Cage. Now that’s self explanatory and perfectly justified. More on that some other time perhaps… 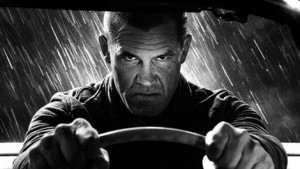 Anyway, back to my point. The change in actor is explained through the character’s need to have reconstructive surgery in the story and allows for a new take on Dwight who has a more central role in this instalment  The film will also feature an original storyline created by Rodriguez and Frank Miller for Jessica Alba’s character, Nancy, which has allowed them to bring her back into play. Nomm.

In other news, it’s been announced today that the Michael Bay reboot of Teenage Mutant Ninja Turtles will star Megan Fox. A little surprising after their famous falling out during the production of the Transformers films which saw Fox be replaced for future films after comparing Bay to Hitler in an interview. Bay’s reboot should be interesting and I’d love to see him bring some interest back to the franchise.

Others snippets of Hollywood happenings include John Williams expressing an interest in getting involved with the new batch of Star Wars movies ahead of us, Marc Webb tweeting cryptic images from The Amazing Spiderman 2 and speculation that the Justice League film could be pushed back as late as 2020. Thoughts are that if Man of Steel is successful, we’ll see a trilogy first before a Justice League film, whereas if it flops, we’ll see another Batman reboot. 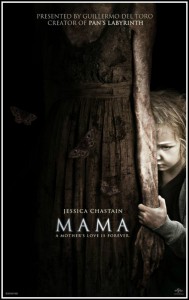 We’ve had quite a rush of exciting releases in the cinema over the past few months in preparation for awards season which is now beginning to die down. Not to worry, things usually pick up in May/June for a geektastic superhero season and there are some interesting flicks to look forward to over the coming months as well – more of that later.

Today’s main release of interest is Andrés Muschietti’s Mama, which seems to be being solely advertised with ‘Presented by Guillermo del Toro’ stamped all over it. Starring Nikolaj Coster-Waldau (Game of Thrones) and Jessica Chastain (Zero Dark Thirty), Mama tells the story of two young girls saved from their murderous father by a supernatural source, found in the woods five years later by their uncle. The girls have become feral and any attempts to change this are met by the wrath of the very force that saved them from their father.

The film definitely has that del Toro touch to it and it’s easy to see why he was interested in Muschietti’s offering. If Mama is anything like del Toro’s work, it will definitely be one to watch. 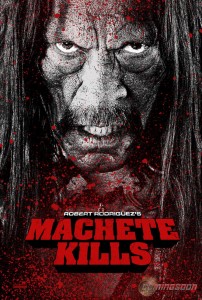 I’m really excited about the upcoming Sin City sequel, especially now that Clive Owen isn’t involved. I jest, sort of. We’ll be treated to a reprisal of Mickey Rourke and Jessica Alba, as well as the inclusion of Joesph Gordon-Levitt. Sadly, we’ll have to wait until around October for that one.

I’m also psyched for another release from Rodriguez hopefully taking place in around July, Machete Kills. If you haven’t watched Machete, do it. Pure B-movie bliss starring Danny Trejo as a machete wielding Mexican that spawned from a fake trailer appearing before Tarantino and Rodriguez’s Grindhouse double bill. It’s pure mayhem and involves Trejo’s character, Machete, using someone’s intestines to jump out of a window. Enough said. The sequel will also see Jessica Alba return as well as introducing Charlie Sheen (as the US President) and Lady Gaga to the mix along with many more.

For something a little closer, I’m very much looking forward to Park Chan-wook’s Stoker which is to be released in cinemas next week. Director of Oldboy and Thirst, I’m a big fan and I’m interested to see his US debut in this psychological thriller. The film has no connection to Dracula, with it’s title taking shape from name of the family the plot focuses on. Starring Mia Wasikowska and Nicole Kidman, this is definitely one to watch. Expect more excitement on it’s release next week and hopefully a review to follow.