previous
DC: The Nth Wave
random
next
How to kill a character the right way - Walking Dead Eps 15 **** SPOILERS****

This week we look at some new posters for Kick-Ass 2 and The World’s End and plans for a Deadpool movie. We’ve also got information on new release The Host, I’ll introduce Geeks in TV and tell you why I’m excited about Film Four’s current Studio Ghibli Season. 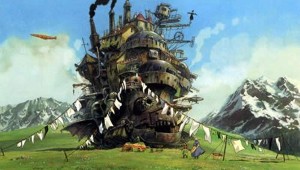 We start this week’s top stories with the sad news that actor Richard Griffiths passed away today at the age of 65, following complications after heart surgery. Griffiths appeared in such films as Withnail and I and more recently, the Harry Potter series as Uncle Vernon. It’s a sad loss for comedy actors and thoughts go out to his family and friends. 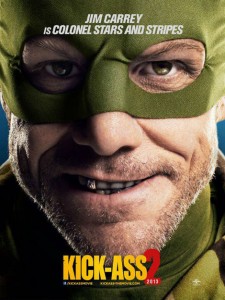 Let’s take a look at this week’s latest film posters to have graced our eyes, starting off with some new glimpses of Kick-Ass 2. The two new posters feature Hit-Girl (nothing new with that) and a look at Jim Carrey’s character, ‘The Colonel’, which is a little more interesting.

The Colonel leads a group of vigilantes, Justice Forever, who team up with Hit-Girl in the upcoming sequel. Directed by Jeff Wadlow, Kick-Ass 2 will be released on 19th July.

Whilst we’re on the subject of Kick-Ass, another Mark Millar adaptation is coming to our screens with The Secret Service. Directed by Matthew Vaughn (Kick-Ass), it follows a secret agent veteran training someone up in the business of espionage. Filming won’t begin until August and we’re set for a late 2014 release.

Another new poster this week with a shot from Edgar Wright’s The World’s End, the final film in his ‘Blood and Ice Cream’ trilogy. The film follows a group of friends on a pub crawl when the apocalypse hits and will star the likes of Simon Pegg, Nick Frost, Martin Freeman and Paddy Considine. 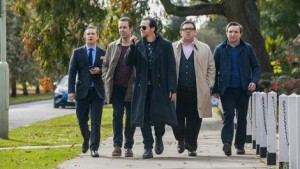 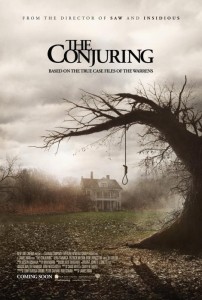 Final poster of the week now with upcoming horror, The Conjuring, which is the latest offering from James Wan, director of Saw and Insidious. The film is based on the Warrens, who were real-life paranormal investigators who worked on cases such as the one featured in The Amityville Horror. Apparently this is one to watch, hitting our screens on 19th July.

Time for a quick round-up of some gossip from Hollywood now, starting with Nicola Peltz (The Last Airbender) being cast as the female lead in Transformers 4. Peltz will play Mark Wahlberg’s daughter and serve as the love interest for the male lead, played by Jack Reynor. Director Michael Bay has confirmed that Megan Fox will not be making a cameo (a previous rumour) and that the film will focus on original material following on the plot from previous films.

Sequel city again, with further rumours of a second Prometheus film picking up where the first left off and confirmation of two – yes, two, sequels to the 1996 box-office hit, Independence Day. Nobody saw that one coming! Now for something everybody saw coming a mile off, plans for a Tomb Raider reboot are in the works following the recent game release. Shocker. Now we can all get prepared for a mass debate on who’s got the goods to fit into those shorts… 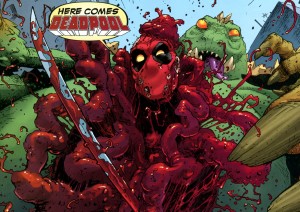 One of this week’s more interesting top stories now with more news in the development of a Deadpool movie, directed by Tim Miller who has recently completed a test for Fox staring Ryan Reynolds.

The writers’ main concern at the moment is whether Marvel and Fox will okay a darker, more adult movie that will stray quite far from the usual Marvel film.

This week’s main new release is another Stephanie Meyer adaptation, perhaps an attempt to keep the Twi-hards pent-up frustration at bay, with The Host. Directed by sci-fi director Andrew Niccol, at least we’re escaping Catherine Hardwicke’s bland directing skills. The film is set in a world where an alien parasite has invaded earth, taking over the bodies of humans. However, when Melanie (Saoirse Ronan) becomes the host for ‘wanda’, the alien begins to form a bond with her. Make way for some emo sci-fi with this, which I’m sure will satisfy the pants of Twi-hards, but in my opinion looks like utter garbage. I’d be half tempted to give it a chance if the posters didn’t all look like Twilight Vs Aliens, but, well, they do. 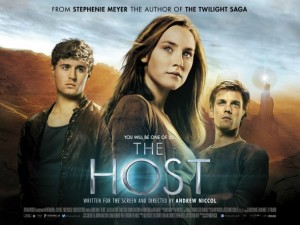 Next week’s releases look set to be more interesting, with Spring Breakers and a Carrie remake on their way. Keep posted for news on them in the next Geeks on Film. 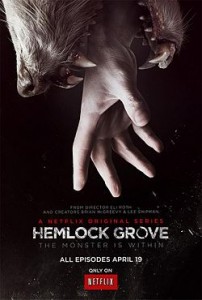 With all the fabulous TV series out there at the moment, I’m giving a brand-spanking new Geeks in TV section a spin. I’ll be looking at any news in the world of geeky television series in both the UK and US, as well as a main focus on one that deserves particular attention that week.

19th April sees the arrival of Eli Roth’s new horror series, Hemlock Grove, which I mentioned a few weeks back. The series will be exclusive and definitely one to watch from director of Hostel and Inglorious Basterds star Roth. Doctor Who returns to our screens tomorrow with ‘The Bells of Saint John’ where something has infected the Wi-Fi, and we have The Walking Dead season finale airing in the US on Sunday.

Let’s talk about that then, warning, there might be a couple of spoilers if you’re not up to date.

The first series was just outstanding, the second drooped a little and then picked up towards the end. The third series has been a struggle. It started off good, but in my opinion, it really started to sag after the mid-season break. Personally, I think that the sole reason for this is Andrea.

Bloody Andrea. Seriously woman, no one likes you! Rick isn’t interested, Woodbury don’t want you and we certainly don’t either. Quit you’re whining and get nommed by a zombie already. Until recently, I was having to force myself to finally get around to watching the episodes as I was just finding them so darn dull. However, that stopped with this week’s offering, finally with no Andrea, since she’s strapped to a torture device, yay! 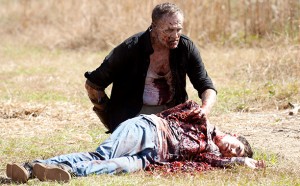 Everybody knew that Merle was for it, he was bound to be killed off by the end of the series. Saying that, people probably weren’t expecting to die being such a hero, trying to take out the Governor all on his own. Daryl’s battle with the task of killing his zombified brother in those closing moments was really something and I felt that the show had really brought viewers back in with such an emotional scene. Cue Daryl going on a crazy crossbow killing spree for the finale. Can’t wait!

Well, this has been quite a lengthy edition of Geeks on Film, so I’ll be straight to the point with this one. I’m absolutely loving Film Four’s current Studio Ghibli season which kicked off this week with Hayao Miyazaki’s Oscar winning Spirited Away on Tuesday. The channel are screening Studio Ghibli films daily for another two weeks, featuring some absolutely beautiful pieces of cinema. For any fan of the films this is a real treat, and if you’ve not seen any/many before, I urge you to take advantage of this amazing opportunity. 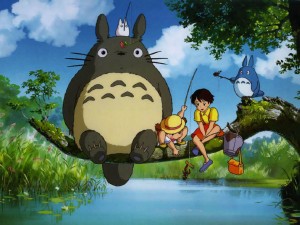 With fabulous films such as Howl’s Moving Castle, Princess Mononke and Arietty being shown, this really is a great season. Today brings us the charming My Neighbour Totoro, a personal favourite of mine. In fact, I love the fellow so much that I’ll be attending a convention next month in a gorgeous Totoro kigurumi, and can’t wait. Seriously guys, take this chance to watch some of Studio Ghibli’s films, because they really are something special.

I'm an aspiring film journalist living in Chester. Into all kinds of geekery from N64 to Xbox, graphic novels, cosplay anime and more. I have an unhealthy obsession with Pokémon and the Legend of Zelda series. So much so that I have two Zelda tattoos and various Pokémon lurking all over my house. In my spare time when I'm not busy being a real person and working, I'm writing or making retro games jewellery. I'm also obsessed with pandas. They're fabulous.
You might also like
breakingDeadpoolDoctor Who