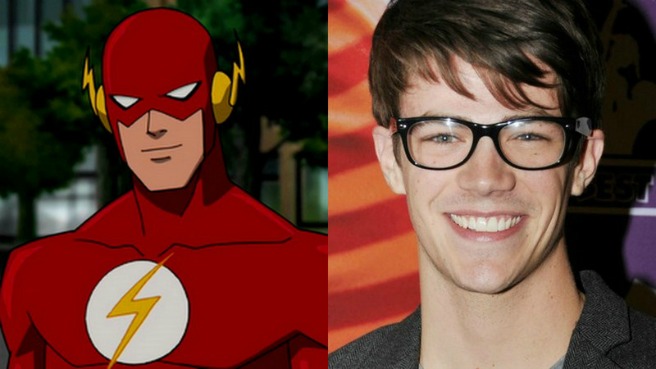 Grant Gustin, best known for his role Sebastian on “Glee,” will play Barry Allen aka The Flash, in the second season of Arrow. Gustin will be appearing in three episodes – eight, nine and twenty; and it shall serve as a backdoor pilot to a possible spinoff Flash series.

“Arrow” star Stephen Amell offered some helpful advice and congratulated Gustin via Twitter on Friday, as did co-star Colton Haynes, another recent addition to the series:

Hey @grantgust… You should probably start stretching your hamstrings like… immediately. Congratulations!! #Flash

So what does everyone make of this new announcement?

I am Lady Noctis *waves* a small vertically challenged lady with a big heart, a penchant for comic books, and a small obsession with a character known as Harley Quinn I'm a part-time model, freelance illustrator, full-time geek and cosplayer. "I'm just another dreamer running around in a cape playing superheroes… ok, truth. I'm an aspiring illustrator who also likes to play dress up."
You might also like
Arrowbarry allenbreaking