The Wall Street Journal (WSJ) stated that ‘people familiar with the matter’ provided details to the newspaper. Despite this Google declined to comment, though according to the WSJ, Google is ‘reacting in part to expectations that rival Apple will launch a videogame console as part of its next Apple TV product release.’ Apple have also declined to comment on the matter. 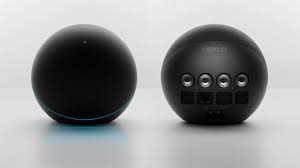 The device is expected to launch in the third quarter of the year, along with a new version of its Nexus Q media-playing device and an Android-Powered smartwatch. It seems Google have been sitting back and watching the release of GamePop, Gamestick and Ouya to see how Android-powered consoles are being received.

Whilst reports of games consoles from Google and Apple are still rumours it’s worth noting that Google have hired Noah Falstein (Lucasfilm Games), a veteran game designer several months ago.

As an aspiring journalist I have found a home here at geek-pride, where I can write upon many subjects. If anybody has something they believe should be reviewed or newsworthy then feel free to send me a message, I always enjoy talking to people.
You might also like
androidAppleApple TV