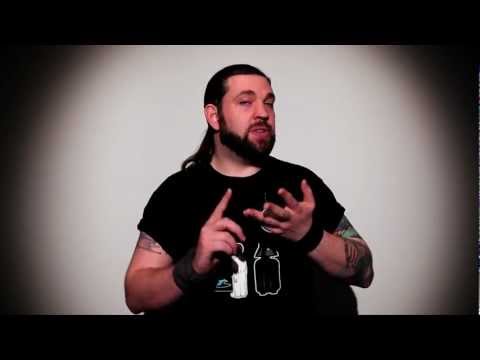 A really Great Blog from our friend Brendan at Nerd Vs World rounding up NVW in 2012. It seems sadly they will not be doing news shows anymore BUT will hopefully be back with other Geek related material in the near future.
All is explained, as well as a really amazing piece about Geek Pride, Below… your cheque is in the post dude!
Cheers Brendan, look forward to see what you have for us next!

I would like to take a moment to wish all of my followers the most wonderful of New Years. Thank you all for your support in 2012, and here’s hoping that 2013 is a great year for us all.

This time of year finds many people reflecting on what they’ve achieved in the past year, and setting out their goals and dreams for the next. Truth be told, I have been reflecting on what exactly NerdVsWorld is, and where I want it to go, for some months now; and a New Years Day blog seems as good a place as any to lay these things out.

2012 was a great year for me both personally, professionally and academically. I achieved a First Class BA (Hon) in Audio Engineering, which meant all those missed blog posts and extended absences from the NerdVsWorld universe worth it. See, when I kept apologising for not posting because I was busy; well, that was what kept me away. Forgive me now?

I am also extremely lucky to be a graduate with a job, sadly too few of us can say that in the current climate. I am also very lucky that I’m working in a job where I get to surround myself with creative people and keep working on creative projects. The first series of NerdVsWorld was shot exclusively at my place of work during my days off, and if it hadn’t been for the talents of Joel Rundle, Lee Fitzpatrick, Matthew Stacey and Josh Woodman then the show would never have made it to air. More on that later.

But it is my personal achievements that I’m most pleased with, for reasons that I’m sure will resonate with many of us that enjoy and embrace the nerd and geek subculture. I’m sure that I ‘m not alone when I say that my geeky tendencies as a kid led to me being bullied for liking Star Trek, for enjoying maths, for understanding computers, for reading comics…etc, etc. The thing with bullying is that it stays with you, no matter how much you grow up, no matter how much you shrug it off. For me it led to a problem with crowds, nothing crippling but if I could avoid them I would. So hopefully you can understand why it was such an achievement for me in 2012 when I made it to my first Convention, the SFX Weekender 3. It was AWESOME. I had no idea what I had been missing out on. Fortunately this was at the start of 2012 and the confidence it gave me kickstarted a whole year of saying “Yes” to more things and doing more things that scare me. This, in turn, led to me finally doing the NerdVsWorld Youtube show; putting myself out there to an entire Internet of potential scorn and mockery. Fortunately the corner of the web that we occupy has been very, very kind to me.

Which brings me nicely to talking about the show, what we achieved and where it’s going. It was a fun experience, I think we all learnt a lot from it, and I’m taking those lessons with me to other things. But sadly the Youtube show of NerdVsWorld will not be coming back for a second run, at least not in it’s current format. What we learnt is that shows like this have a limited life span, the nature of a “News” show means that they are only relevant for a very specific moment in time. The fact that the show, at best, had a three day production turnaround because of all the different academic commitments of those involved, meant that the “News” that we filmed for the episode would have already done the rounds on Facebook and Twitter by the time the show came to air. This led to low views and a dishearteningly low take up for the channel.

So what’s next? Well, NerdVsWorld as a channel will be sticking around and both I and the crew that I assembled for the show will be lending our skills and experience to a variety of nerd-interest video shoots, as well as shooting the occasional sketch for NvW. We have recently filmed a campaign video for an Indiegogo project that will be launching soon, and we have a very interesting shoot coming up in March of this year. You will hear all about it here first. I promise.

I will be launching a podcast with Si & Ady from The Wonky Spanner. I had an absolute blast as a guest on one recording of the Si and Ady’s Eclectic Technicolour Podcast of Awesome! and we will be collaborating to bring you a monthly NerdVsWorld podcast which I hope will bring to the nerd sphere something that I feel is missing; and that is genuine, impassioned, raw and undiluted opinion on all things nerd and geek. More details on this coming soon.

Before I finish I’d like to give a huge shout out to the team at Geek Pride. There is a positive fuck-ton of Nerd interest sites out there at the moment, and sadly most of them are just reposting things that they’ve found on i09 or blastr, etc, etc. (I know I’ve done it too, but I at least added an opinion to my posts) Geek Pride are doing something different, and they’re actually building an engaged online community. Other than The Nerdist and The Escapist, this is the only site I go to for original content. Matt has built a great team over at Geek Pride Towers and is doing great things. He asked if I’d write for him and I said YES!!! and to my shame I have not written a single article for them yet. Matt, I am so sorry, you may never get an article from me* but you will always have my support and the support of NerdVsWorld. *(you will definitely get an article from me, eventually. Promise 🙂 )

Going to finish up by making the resolution that I WILL blog more this year, and that I will make 2013 an even bigger and better year for NerdVsWorld. Thanks for joining me for the ride this far, let’s see how far we can take it.

Until next time, you know the drill…

Take care, and be excellent to each other.