previous
Orlando Bloom treats us to a sing along as he wraps on The Hobbit
random
next
Update on Don Mattrick, it has been confirmed. 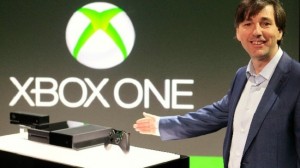 Recent leaks to certain sources suggest that Don Mattrick, the head of the Interactive Entertainment Business at Microsoft, will be leaving MS for a position as the CEO of Zynga.

After the E3 fiasco, Microsoft have been doing a lot of talking about the reshuffling of management and other positions within their interactive entertainment department and although we cannot say that Mattrick leaving is directly due to that, it does seem to fit the timeline.

As of right now this information has not been verfied by Microsoft who are not commenting at this time. It is rumoured that the announcement will come down after the Stock Market closes today. At the time the news was leaked, Zyngas stocks went up 11% while Microsoft went down by about 0.25%. We will keep you updated as news becomes available.

Play on my Geeks and Geekettes.

Brittany Thornton aka The Wookie, lives on the majestic islands of Hawaii. A mother of two up and coming geek daughters. A Whovian, a Tolkien lover, a Trekkie and obviously a fan of Star Wars, you'll usually find her on XboxLive, playing Destiny and getting killed... a lot. Want to win her over? Books, bring books. Food helps too.
You might also like
breakingE3microsoft