Okay like any of us had any doubts. The return of Agent Coulson written by Joss Whedon, all hail Whedon, how could they not pick that up, but to hear it become officially official just adds to my already brimming barrel of excitement. But Marvel have also offered this squee inducing official cast photo, look at Phil, getting his agent on. 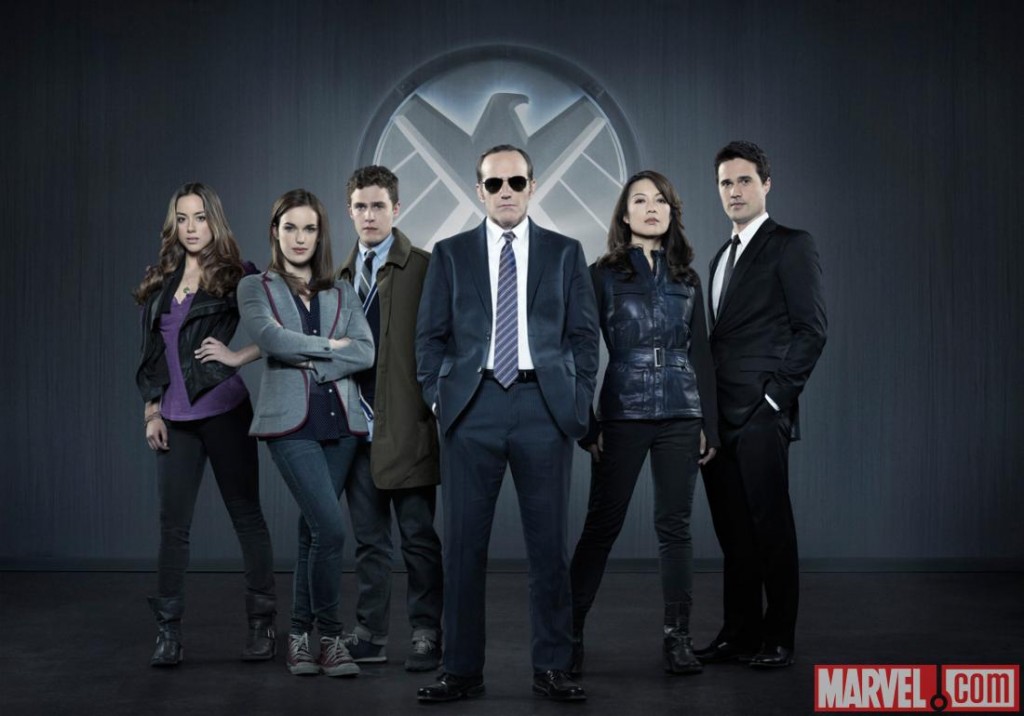 And if that wasn’t enough for our US readers there will be an exclusive first look at “Marvel’s Agents of S.H.I.E.L.D.,”  during the “Once Upon A Time” season finale this coming Sunday, 12th May 8:00p.m. ET/PT on ABC. I recommend geeks of other countries, like myself,  maybe should check out youtube at some point after this time. With Marvel promising more information, I shall endeavour to bring you the news as quickly as I possibly can.

[box_light]Clark Gregg reprises his role of Agent Phil Coulson from Marvel’s feature films as he assembles a small, highly select group of Agents from the worldwide law-enforcement organization known as S.H.I.E.L.D. Together they investigate the new, the strange, and the unknown across the globe, protecting the ordinary from the extraordinary. Coulson’s team consists of Agent Grant Ward (Brett Dalton), highly trained in combat and espionage, Agent Melinda May (Ming-Na Wen) expert pilot and martial artist, Agent Leo Fitz (Iain De Caestecker); brilliant engineer and Agent Jemma Simmons (Elizabeth Henstridge) genius bio-chemist. Joining them on their journey into mystery is new recruit and computer hacker Skye (Chloe Bennet)[/box_light]