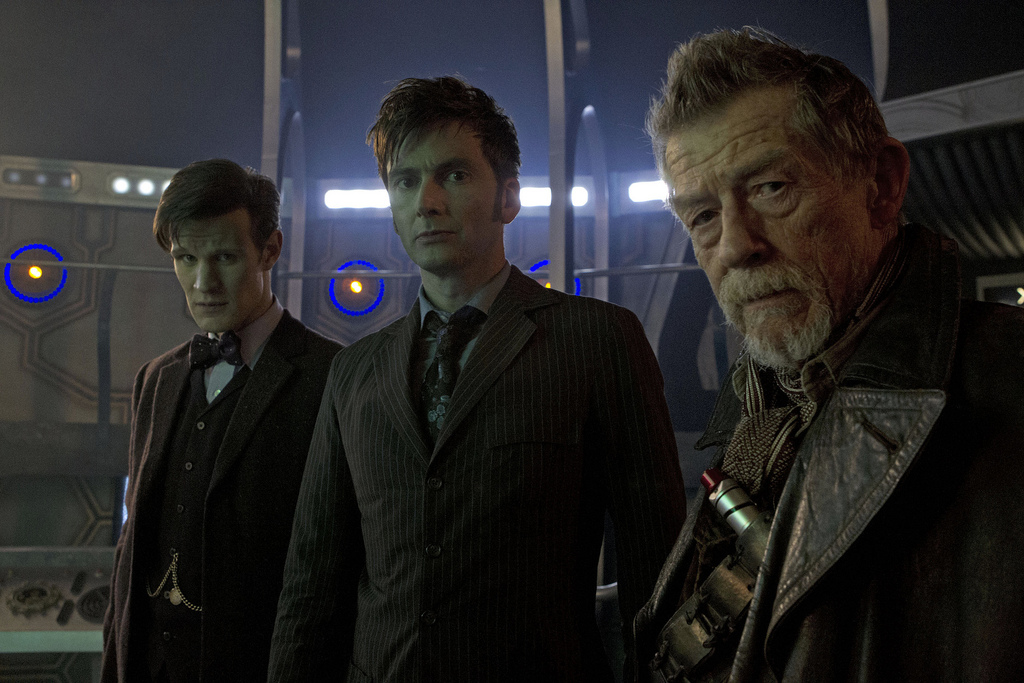 It was announced last night that the British actor, John Hurt, has passed away, aged 77. He is survived by his 4th wife, of 12 years, Anwen Rees-Myers, and sons Alexander, 26 and Nick, 23. 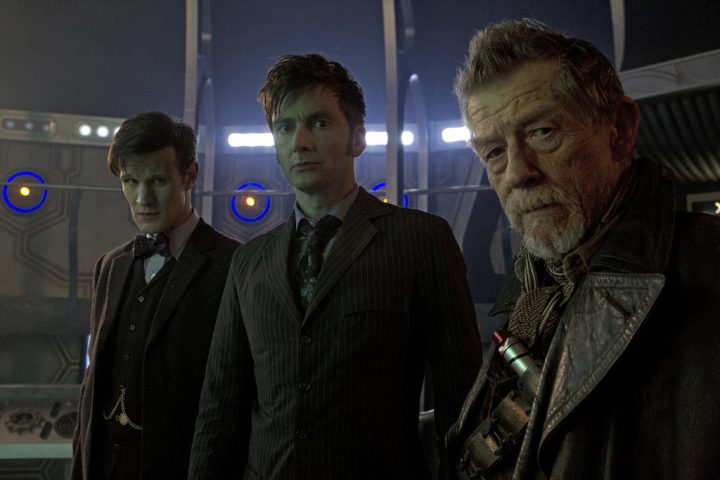 A twice Oscar-nominated actor, the actor had won a Golden Globe and 4 BAFTAs, as well as a Lifetine Achievement Award, and was known for a wide range of roles in over 100 films, starting in 1966 in A Man For All Seasons, but the most famous Genre roles you might be familiar with would be poor Kane in the original Alien, and his reprisal of the role in Spaceballs, Winston Smith in 1984, Chancellor Adam Sutler in V for Vendetta, Trevor Broom in Hellboy, Mr Ollivander in the Harry Potter films or the War Doctor in Doctor Who. More recently, he starred as the priest Father Richard McSorley, the Kennedy’s confidante, in Jackie (Released last week), starring his V for Vendetta costar Natalie Portman as Jackie O. The director, Pablo Larrain, said of him “John was invincible, Unflinching, Eternal”. 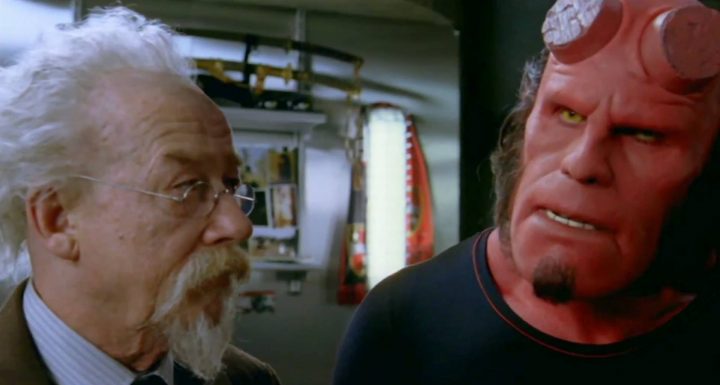 Hurt battled pancreatic cancer in 2015, and had received the all clear in October 2015. He was quoted in the Radio Times as saying “I can’t say I worry about mortality, but it’s impossible to get to my age and not have a little contemplation of it. We’re all just passing time, and occupy our chair very briefly”. Hurt received his knighthood in the July of the same year, saying “It does make one inordinately proud.”

More recently,e was forced to pull out of a production of The Entertainer alongside Kenneth Branagh in July 2016,due to ill health. 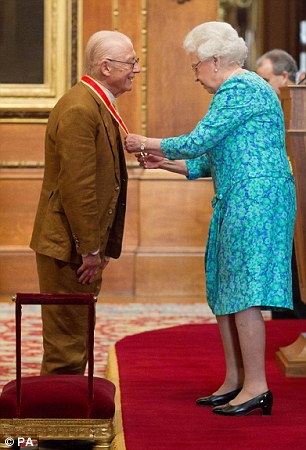 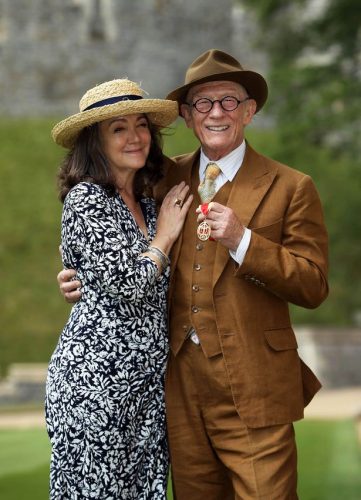 Notorious for his partying lifestyle when younger, he associated with notorious hellraisers like Oliver Reed and Peter O’Toole, and boasted of drinking 7 bottles of wine a day (This later was reduced to 3). He was known to say that his remarkable career “isn’t bad for an old drunk”. As recently as 2008 he admitted to having given up the majority of the drinking – he grumbled in 2012 “Actors don’t drink so much now. There were 8 of us sitting around the other night, and only I was drinking wine”.

Known for dying ‘a thousand deaths’ (40 or more – Do try to keep up, Sean Bean) on stage and screen (big and small), he remarked “I think I’ve got the record. It got to a point where my children wouldn’t ask me if I died, but rather how do you die?”

There is even a video on his YouTube page entitled The Many Deaths of John Hurt:

John Vincent Hurt was born on January 22nd, 1940 in Chesterfield, Derbyshire. His father was a vicar, his mother.. he also had a brother,and a sister. He wanted to be an actor from the age of 9, but studied Art at his parent’s request, earning an Art Teacher’s diploma. Moving to London, he won a scholarship to the Royal Academy of Dramatic Art, studying for 2 years. his first roles were bit parts in TV series, and his first London stage role was in Infanticide in the House of Fred Ginger.in 1962, and his first film role was in the Wild and the Willing in the same year. He became more widely known in the US starring as the duplicitous baron Richard Rich in A Man for All Seasons, which one the Oscar for Best Picture. He later performed with The Royal Shakespeare Company and The Royal Academy of Dramatic Art, as well as in the West End – When asked about the difference between film and stage acting, Hurt explained “It’s rather like 2 different sports. You use two completely different sets of muscles”. He was also known for his voice over work, including The Black Cauldron, Watership Down and The Lord of the Rings in 1978. 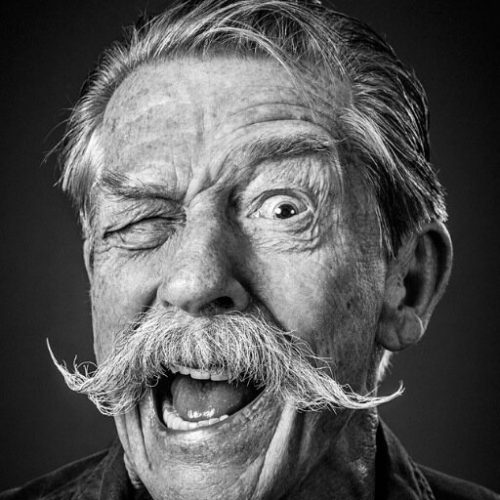 Following his role as the War Doctor in the 2013-14 season of Doctor Who, Hurt was quoted:

“I’ve done a couple of conferences where you sit and sign autographs for people and then you have photographs taken with them and a lot of them are all dressed up in alien suits or Doctor Who whatevers. I was terrified of doing it because I thought they’d all be loonies, but they are absolutely, totally charming as anything. I’m not saying it’s the healthiest thing — I don’t know whether it is or isn’t — but they are very charming.”

He’ll be missed, and is another reminder for us Brits, as well as the rest of the world, the remarkable breadth of talent that we have been so lucky to benefit from over the last 50 years on stage and screen. He’ll still be with us though, with so many wide and varied film and TV roles. We at Geek Pride extend our sympathies to his wife, sons and friends.

John Hurt was one of the most powerful, giving, and effortlessly real actors I've ever worked with. Remarkable human being. U will be missed

Oh no. What terrible news. We've lost #JohnHurt as great on the stage, small screen and big. A great man & great friend of Norfolk & #NCFC

So very sad to hear that the immensely talented and deeply beloved John Hurt has died. My thoughts are with his family and friends.

Very sad to hear of John Hurt's passing. It was such an honor to have watched you work, sir.

It was terribly sad today to learn of John Hurt's passing. He was a truly magnificent talent.

Rest in Peace to the actor genius #JohnHurt. Most folks know him from ALIEN but I loved him as Sir Richard Rich from A Man for All Seasons. pic.twitter.com/DvOoftaijH

Act until your John Hurt. #RIPJohnHurt