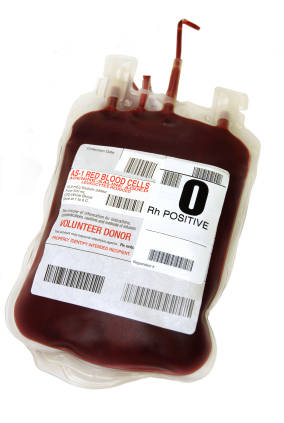 The world has a real life vampire on our hands. But fear not and stop sharpening those stakes; the as yet unnamed 23 year married man doesn’t seem to have the typical symptoms you would expect. No fangs, super strength, bat change form or velvet and ruffles. However, this guy has such a need to drink blood that it is described “as urgent as breathing”.  The doctors, led by Direnc Sakarya, of Denizli Military Hospital in southwestern Turkey, diagnosed the man with an addiction to blood or ‘vapirism’, also, dissociative identity disorder (DID), post-traumatic stress disorder (PTSD), chronic depression and alcohol abuse. A whole lot of crazy for one person.

His habit began with some mild bodily mutilation; slicing his arms, belly and chest and collecting the dripping blood into a cup to drink. I’m afraid at this point I’m imagining the cup to be more like some kind of Buffy-esque silver chalice rather than his favourite mug. The blood drinking escalated quickly when the habit became a compulsion; he turned to other sources and racked himself up an arrest record for stabbing and biting his victims and drinking their blood. It is also reported that he got his own father involved in his addiction by persuading him to steal the ruby goodness from a blood bank.

Something bad must have happened to this guy I hear you say, well you’re not wrong. The poor fellow has experienced a number of traumatic events given his young age. Not only has he suffered the tragedy of losing his four month old daughter but he also witnessed the violent death of his uncle; and another violent killing in which “one of his friends cut off the victim’s head and penis,” During his adolescence his mother used to have what is described as ‘freak-outs’ resulting in her attacking him during his childhood; of which he has no memory. What baffles me is why blood and not cake? No one seems to have explained this, what was it that influenced this particular addiction? I guess the mind is a fragile thing and vampires have been quite fashionable for sometime now.

There also seems to be no information about how his wife has handled her husbands ghastly habit, which begs the question did she try and satiate him with her own blood? Did he ever try and bite her neck? What happened at dinner parties? I guess we’ll never know, unless she decides to write a tell all that is.

Things are starting to look up, six weeks after the man began treatment the doctors reported that his blood drinking behaviours were in remission however his dissociative symptoms continues. Needless say I think this poor man will be undertaking treatment for a very long time.

So for all you vampire fan girls/boys; real-life vampires are not cool, they are severely mentally ill.

Editor and occasional writer for Geek Pride! I prefer Star Trek over Star Wars, collect comics and wish I could be a superhero one day. I tabletop RPG as well as a little gaming, design the odd t-shirt now and again, update my Geek Parenting Tumblr and when I have cash to spend (which is rare) I scour the internet for Wonder Woman collectables. Also Doctor Who and Firefly rock!!
You might also like
Becca Harperbecpussblood