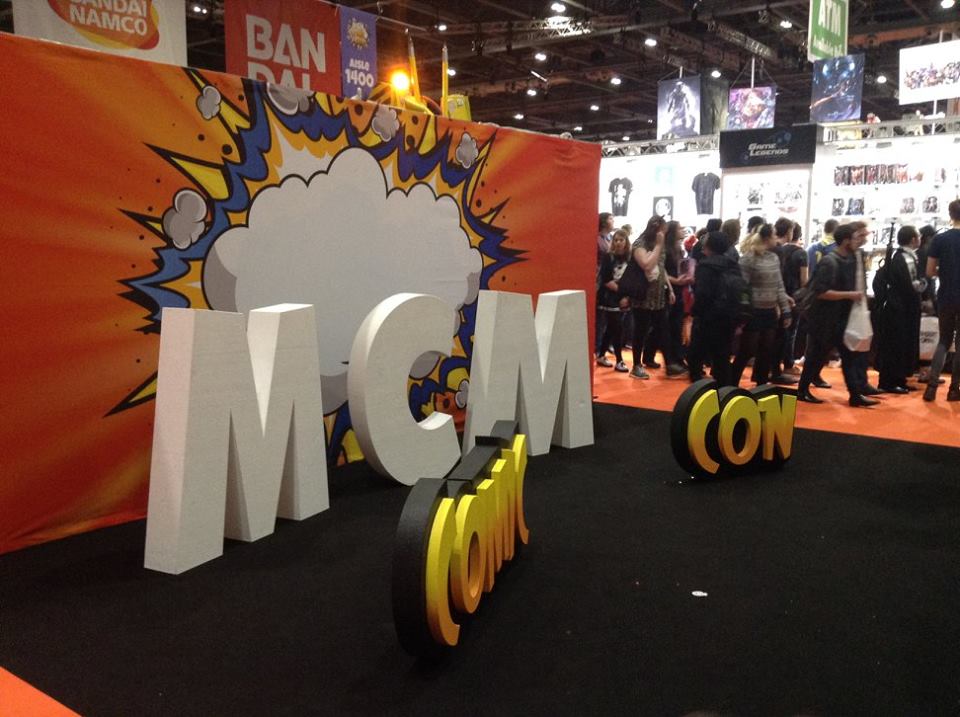 Another year, another convention. The weekend rolls around, the weather is sunshine with the occasional cloud, and there is a hum of excitement in the air. Nervous cosplayers wander around the train station as they are directed and redirected to the appropriate trains, all cramming in with their gear and clutching nervously to wallets which will no doubt feel a lot lighter by the end of the day.

Conventions are a wonderful celbration of all things geeky and nerdy, and it is a fantastic place to just be even for a day. With all the art stalls, video-game booths, merchandise vendors, Lego collections, doujin distributers and guest-star panels, it is quite an overwhelming experience, and it definitely leaves you with the feeling that even if you spent the weekend there you would still not have experienced all that MCM has to offer.

So, the convention is divided between two halls at the ExCel Exhibition Center, allowing people to explore areas in their own time – you can spend the morning walking amidst Youtube startlets, and the afternoon walking from video-game demos to demos. There are refreshment stands dotted around the place, a various areas for hosting Q&A panels and Cosplay masquerades in their own areas and around the convention – you could be checking out CEX merchandise, whilst listening to someone onstage attempting to belt out the Pokemon theme tune at the top of their lungs.

This year, I had the fantastic opportunity to talk to many of the people, including some personal icons of mine who I was really grateful to get the chance to talk to face-to-face.

Working for an “angst teenage” company (13 years and going strong), Lindsay Jones and Barbara Dunkelman haven’t been working for the company since it’s conception but are a huge part of the Rooster Teeth family. Barbara has gone from fan back when RT become an actual company in 2004 to community volunteer to Community Manager, whilst Lindsay has worked as an editor. Now they also work as voice actors in RWBY, an original webseries which has just started its fourth ‘Volume’ a few weeks ago. When talking about the series, Lindsay described the progression as very much like that of Harry Potter, where you slowly work from school-life schenanigans to the real world bleeding into their lives until innocence is replaced with experience as they survive the horrors they are supposed to protct the world from.

Since Volume 4 had just begun, they kept very tight-lipped about what would happen in the new season, but they did feel that it was one which kept the show evolving. Here, the characters are on their own months after the season finale and developing on their own, from Yang dealing with PTSD to Blake going back to her roots to see her parents. Further details are under lock and key, from ‘will Yang get a replacement arm’ and ‘will we meet Penny’s creator’ being met with a “Watch and find out” answer. One thing they did reveal was that they were very interested to see the new cast of villains, from the grand Salem to the mysterious Doctor Watts.

I also found out some of the smaller, behind the scenes information, like how depite not being part of the writing team Lindsay did have an idea for a Rapunzel-inspired character to appear later in the series and how they both had their own ideas for their favourite weapons (Barb loves her fisticuff gauntlets, and Lindsay feels she would want to favour the baseball bat due to her softball background). 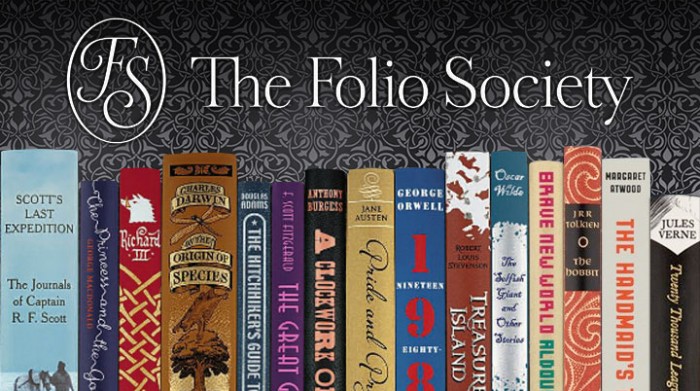 I also had the fantastic opportunity to interview Tom Walker from The Folio Society on the work that they do.

Founded in London in 1947, The Folio Society publishes carefully crafted editions of the world’s finest literature. We believe that great books deserve to be presented in a form worthy of their contents. For nearly 70 years we have celebrated the unique joy to be derived from owning, holding and reading a beautiful printed edition.

Having been around for close to 70 years, they have built up quite the extensive library of republished texts, from fiction to non-fiction. It was quite something to talk about the process that goes on to get the works republished. The example that Tom gave – as, he confessed, it was his favourite – was Mort, a Diskworld novel from Terry Pratchet which focused on the character Death and his apprentice Mort. The process of getting it confirmed by the company took over 3 years, which then took a further year to get permission from the owners of the Disworld IP. Different illustrators are sourced depending on how their art style – for example, the abstract illustrations of David Hughes lend to the madhouse setting of One Flew Over The Cuckoo’s Nest. And special editions of illustrated books have been published, such as a leather-bound edition of Mort (which sold out within 12 hours).

Additionally, they have recently started releasing special editions of the plays of William Shakespeare. Rather than providing illustraded copies, The Folio Society instead aims to create a folio edition of the text that has been printed by letterpress to provide an authentic feeling. Even the pages have been specifically made using a mould to provide a unique tactile sensation that you wouldn’t get with modern editions. Additionally, each copy of the text comes with Oxford University Press edition, which has been chosen to provide textual commentary alongside each text.

It was really something to talk to the various vendors and get to know them, from voice actors to independent video-game developers. It’s also worth noting that the whole atmosphere of a community was very welcoming, especially to someone with social anxiety. For example, it was really nice to talk to stall-owners I wasn’t scheduled to interview, such as the people working the Rockstar Energy Drink booth just because the people managing the photobooth section were clearly enjoying their time even stuck at one stall – one of the attendants in particular was having the time of his life coordinating people for the Gears of War photo opportunity, using other attendants to help balance the con-goers in various positions to make unique and fun poses for the photo opportunity.

As with any convention, people had the opportunity to meet up with a plethora of stars and starlets, from the silver screens to the slightly smaller screens connected to the world wide web (so the bronze screens then). From Game of Thrones to Doctor Who, Tomska to I am Tim, people could talk to and chat with these incredible people who make their days just that little bit brighter.

Unfortunately, I managed to pick something up over the course of Friday and Saturday which took me out of commision on the Sunday and for the next few days which may or may not have come from the consumption of con food. It does make me wary of stalls now, but it in no way deters me from thinking about coming back to cover more cons. I had a huge time talking to these famous and fantastic faces, and enjoying myself as a casual con-goer with a group of my friends.

Thank you so much to MCM for giving me the opportunity to cover this event, a huge thank you to all the people who let me talk to them and learn more about their amazing work, and I wish them all the best in future events!