A long awaited project from Comcept, an independent Japanese game design and development studio formed in 2010 by industry veteran Keiji Inafune, best known as the illustrator and co-designer of the Mega Man character.

The spiritual successor of Mega Man.

For months, we have been getting updates on the final product, from development updates to beta footage.

It was originally planned for a spring release, but after some silence on the that issue a release date has finally appeared. Teaming up with publisher deep Silver, the team at Comcept have stated that the deal will allow them to add various language settings to the game to allow for a much much versatile marketing (appealing to gamers globally, from Spanish to Russian, German to Portuguese), and “also allows us more time and resources for testing, polish, and the creation of physical retail versions (on some systems), and — very importantly — won’t affect absolutely any of our Kickstarter plans or rewards. In short, it will make for an even Mightier No. 9, for backers, for us, and for all our fans, worldwide!”

To any backers who feel skeptical about Comcept ending up with an outside publisher, they have also included a brief FAQ which provides more information for those who would feel uneasy about this partnership. 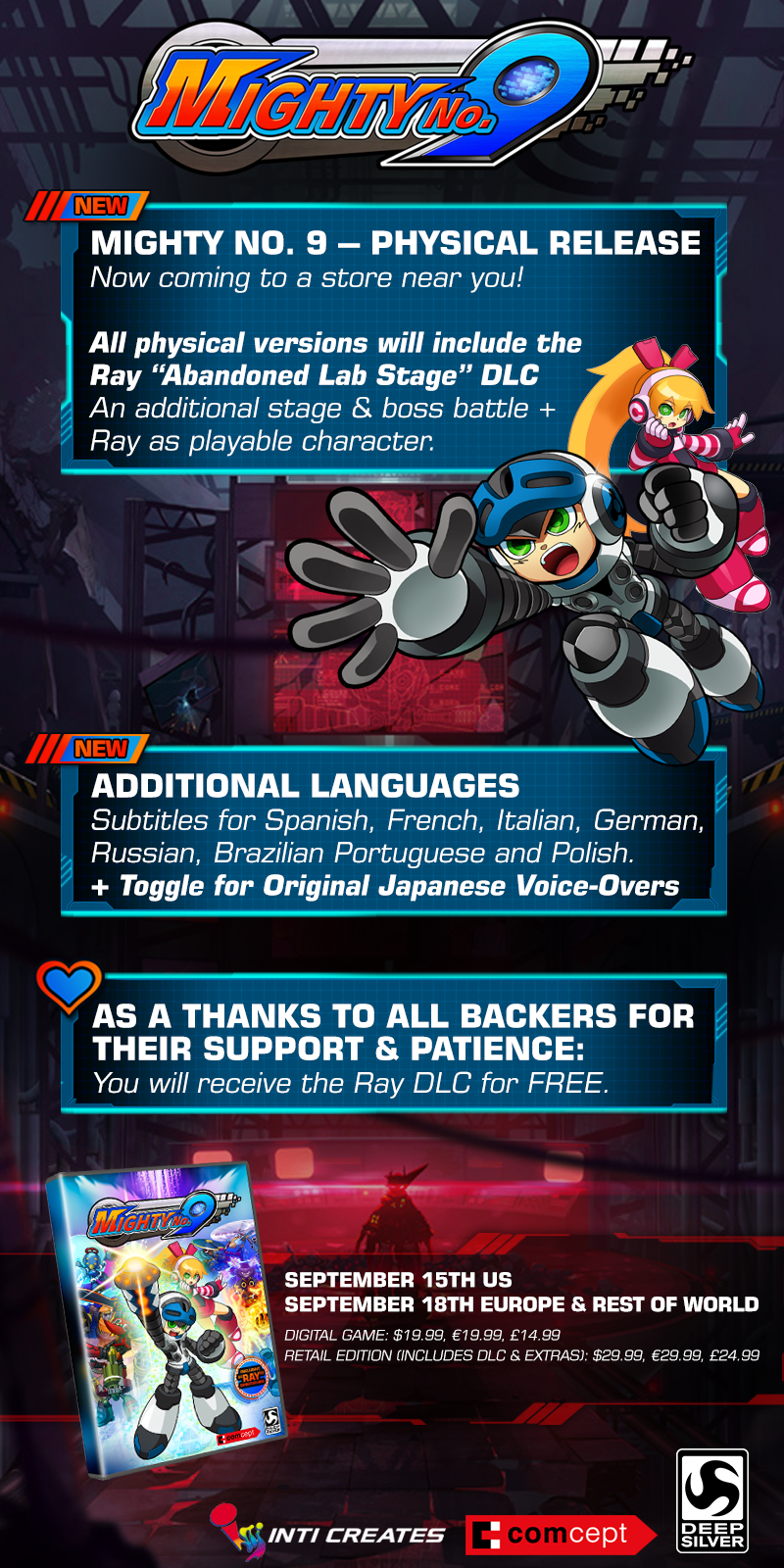 Comcept are also working on a DLC pack adding a new stage, boss battle, and playable character. That’ll launch alongside the game, and will be free to Kickstarter backers, which will presumably be released at a later date. Handheld ports will be receiving a later release date, due to the complexity requiring that they remake the game from the ground up for these handheld systems.