In addition to Geek Fuel, one of the subscription boxes I’m trying out is Nerd Block. I had heard good things about it from several friends, so it was worth a shot. The cool thing about Nerd Block is there are several themes you can choose from-Horror, Sci-Fi, Arcade, Kids, etc.-and you can swap between them as often as you like at no additional charge. While several of the themes sounded tempting, variety is the spice of life, so I went with Nerd Block Classic, which offers a variety of items from all different sorts of properties. Let’s take a look, shall we?

Oh, God Save the Queen, we are not off to a good start. 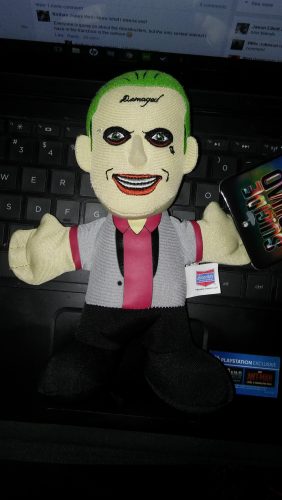 It’s a plushy of Jared Leto’s version of the Joker from Suicide Squad. I want nothing to with this movie, and Leto is a douche anyway. Hello, eBay! What’s next? 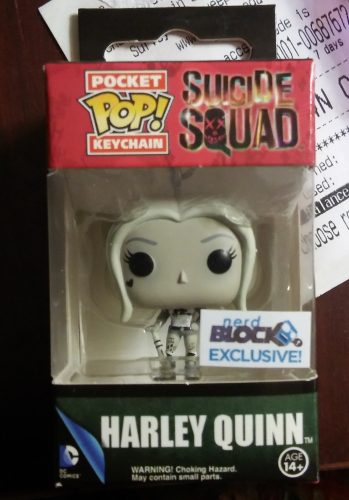 Yes, it’s a Margot Robbie Harley Quinn POP! keychain by Funko. Much like Mr. Leto above, I hate Margot Robbie, and watching her portray Harley in the trailers for Suicide Squad makes me cringe (fact: I saw about 2000 Harleys modeled after Robbie at Denver Comic-Con this year, and all of them looked better than she does). I would unload this one on eBay as well, but my wife wants to keep it. Not because she wants to see the movie or likes the actress; because it’s a Funko POP! figure and we’re kind of obsessed with those. Okay, if mum wants to keep it, mum keeps it.

Surely, it’s got to get better in this box, right? Let’s see what’s next. 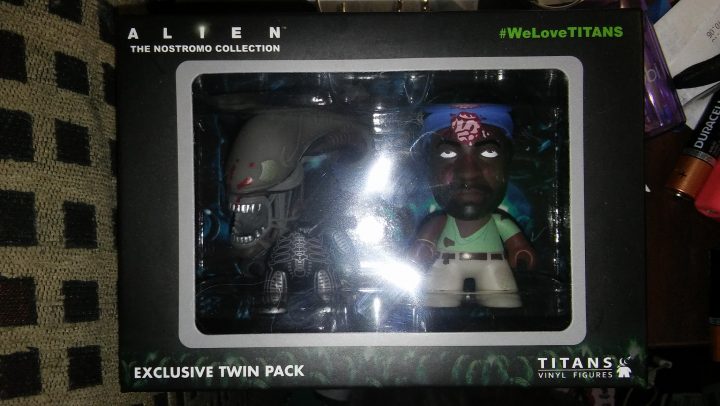 Ah…NOW we’re getting somewhere! Much like Funko POP! figures, we are addicted to Titan vinyl figures. Alien is a good franchise, and these are some nice looking collectibles. They’ll look good next to the Alien vs. Predator, Dragon Age: Origins and Doctor Who ones we already have. 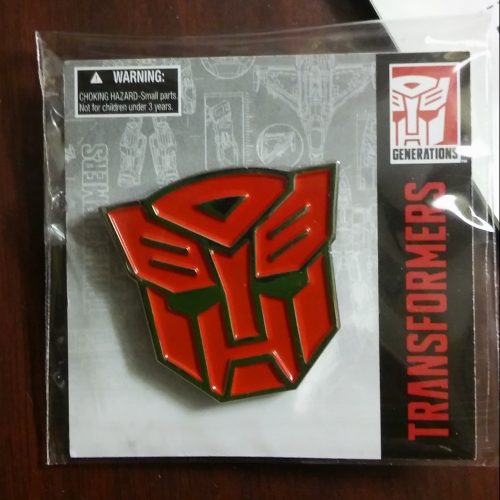 Most of these box subscriptions have buttons or pins. I’m fine with that, because we collect these as well. And who doesn’t love classic Transformers? These look good on lanyards at conventions. 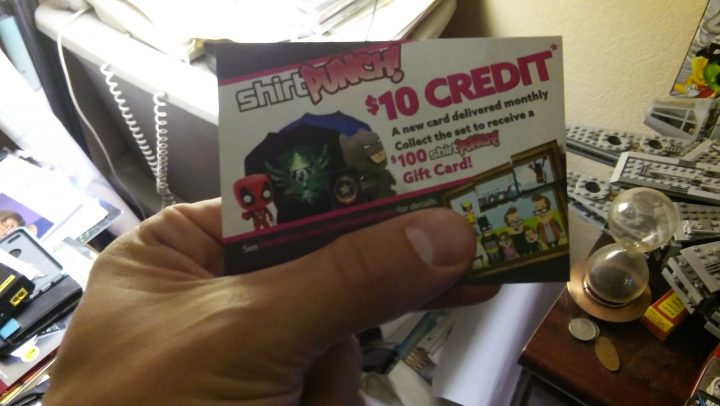 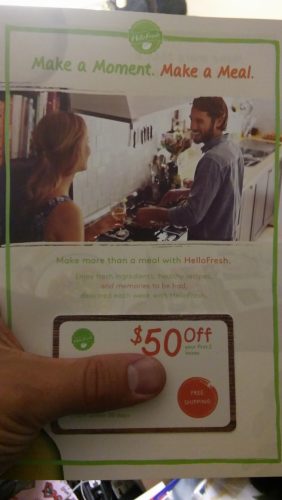 We’ve got coupons! Coupons are generally good, especially if they’re for something you’re interested in. The first one from Shirt Punch makes perfect sense because they and Nerd Block are owned by the same company. The Mrs. and I both have massive t-shirt addictions (our closet is full of them, many of which came from boxes like this), so Shirt Punch coupons are dangerous. The second from HelloFresh, however, seems a bit strange for nerd/geek-based subscription service. Still, I’m not going to complain. I love to cook (and am pretty good at it, if I say so myself), so we’ll get some good use out of it. 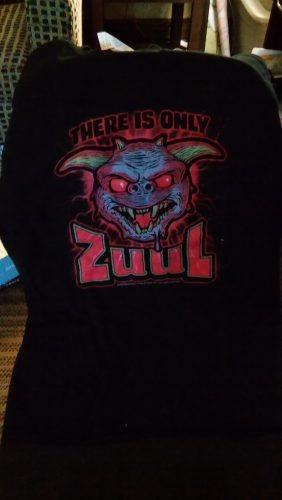 Here is the second Ghostbusters shirt of the month, and…man, do I love this. My wife took the Slimer shirt from the Geek Fuel box, so I will happily take this one. I wish less of these shirts came in black, as I like a lot of colour, but it’s a minor complaint. I will get plenty of wear out of this one.

Up next is a blind bag item. This is a backpack hanger from Attack on Titan, one of my favourite anime shows. 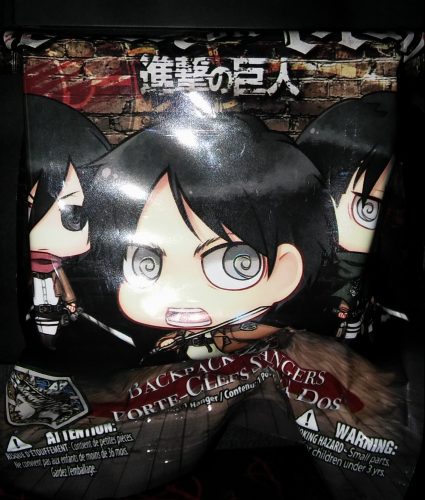 Blind bag items can be hit-or-miss, but I usually get good stuff. Let’s take a look: 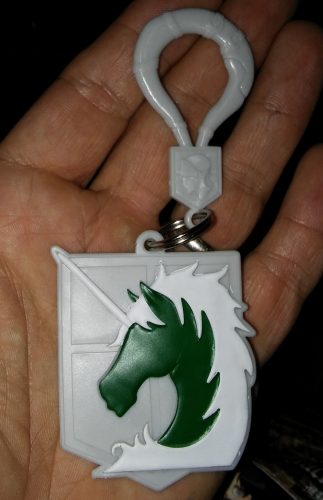 Military Police insignia! Not bad at all!

A couple more items to go. Let’s see what’s next. 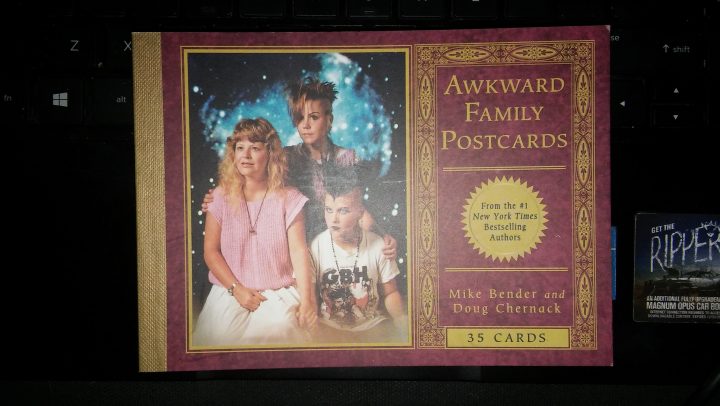 Hmm…this is an odd choice. I don’t know that I’ll ever use any of these (do people even send postcards anymore?), but the folks at Awkward Family Photos have taken some of their “best of the worst” and put them together in a nice package. Not a great item, but it’s goofy fun, so I can’t complain too much.

Alright, we’re down to the last item, and…Oh, my. I’m afraid I just blue myself. 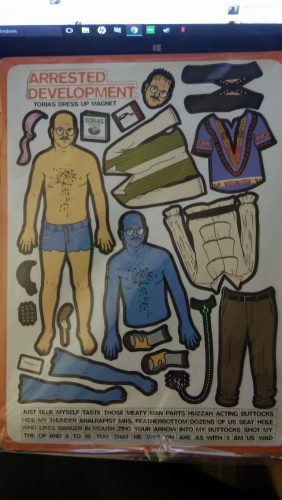 A magnet set for Tobias Fünke, one of the best characters from one of the best sitcoms of all time, Arrested Development. It features Blue Man Tobias, Gay Pirate Tobias, Never-Nude Tobias and Leather Daddy Tobias, as well as a chunk of words from his most famous quotes and various stupidly great things from the show like a chocolate-dipped banana. This is easily the greatest magnet set I have ever owned.

Wow. Nerd Block Classic right out of the gate is a great subscription. I really appreciate the wide variety of items instead of a specific theme or franchise. You get a nice mix of collectibles as a result. Yeah, I could really do without the Suicide Squad merchandise, but I know it’s a hot thing right now, so the franchise was unavoidable when you’re subscribing to three different monthly boxes. Overall, very pleasing, and I like the options Nerd Block offers with their boxes. I don’t know if I’ll try any of the themed ones or not, but if I do, I’ll review them here as well.

I am straight edge and a freelance writer currently working for several sites. I also do personal training. Currently, you can see my weekly WWE Smackdown recaps on CamelClutchBlog.com, video game reviews on BurningAngel.com (warning: although I only write game reviews there, it is an adult entertainment site) and mostly wrestling-related stuff on Man Cave Daily (mancave.cbslocal.com).
You might also like
AlienArrested DevelopmentAttack on Titan