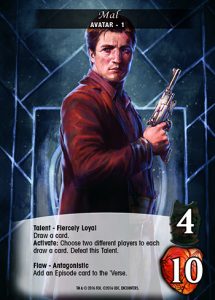 Legendary® Encounters: A Firefly™ Deck Building Game brings together the story telling of a cooperative deck builder with the Episodes of the hit TV show Firefly.  Players must work together to complete a set of Objectives for each Episode, gain credits, and hopefully win the game. 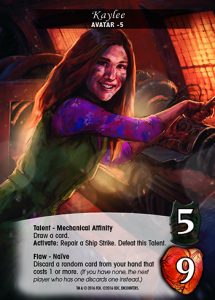 As an evolution of the previous Legendary Encounters games, the Firefly edition focuses on the Avatars, with each member of the crew becoming an Avatar in the new game. During setup each player selects and Avatar, with 5 main and 4 supporting characters available. With less than 5 payers, you choose extra avatars to ensure that 5 are in play, while the remaining 4 go beneath the playmat – they still feature in the game, but are not players. Their 14 card decks are combined into the Crew Deck for use in the game itself. 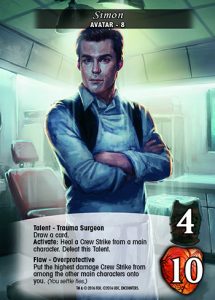 With release due on August 10th, we’re anticipating more news to come. The cards look good, and we’re looking forward to trying the game!