previous
How to Tell If A Game Is Going To Suck
random
next
Carbon Grey coming at you. 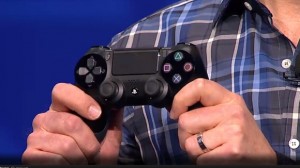 PS4 is here! Ever since I was a teenager, few things have managed to excite me as much as a new console launch (I’m a bit sad like that) and this one will likely be no exception. The PS4 is real and is set to arrive this Christmas along with a selection of new titles which were revealed at the much anticipated PlayStation meeting which took place  lastnight in New York.

Sony’s inability to keep a secret is pretty much a trademark for them now and, as expected, the new PS4 will follow a more traditional PC-like architecture allowing for much easier development than the PS3’s custom designed cell-based system.

The PS4 uses a ‘supercharged’ x86 integrated CPU and GPU processing system running 8 cores and with 8GB of GDDR5 RAM and a supposedly ‘massive’ amount of storage space in the form of an internal hard drive.

The controller has also been given a face lift and the new Dual Shock 4 includes improved rumble effects, a tighter control system, a custom light interface  for wireless connection to the console (as opposed to the PS3’s bluetooth) and a touchpad. Record and share functionality has also been added to the controller allowing you to instantly record and upload videos to PSN, UStream, Facebook and Youtube. There is also potential for players to multicast sessions and for developers to monitor player behaviour in real-time although, oddly enough, the reasoning behind this wasn’t really explained.

It looks like PSN is where this next machine could really shine. Integration with the Gaikai cloud gaming service will allow you to play games whilst downloading them from PSN, download and play the PlayStation back catalogue and create an always online and improved interface where the system will make Amazon-style recommendations based on a player’s behaviour and purchase history.

Players will also be able to stream games to the Vita and play them away from the console, like with the Wii U and consult their online friends for help directly from the console, again like the Wii U however, PS4 adds the  ability to allow a player to take remote control of your system and effectively let them play the game for you, which probably constitutes either cheating, laziness or ineptitude dependent on how you look at it.

Gaikai will  create the ‘fastest online gaming network in the world’ and one which aims to create true meaning and depth, removing some of the anonymity present on PSN, XBL and Steam and creating a network where players will be more open to using their full name and communicating with their real-world friends. 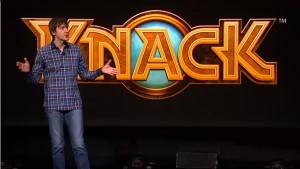 Obviously all of this fancy stuff is a bit useless though, unless there are some decent titles to go with it and a few new releases were announced tonight along with new footage being shown of some of the bigger names from E3 2012.

The Witness (PS4 timed-exclusive indie title from Jonathan Blow, the creator of Braid)

Additionally, tech demos were shown from new engines by Quantic Dream and Square Enix and Media Molecule are working on bringing the Move Controller to the PS4 and making it, well, not shit anymore.

Ubisoft stole the show with a new demo of Watchdogs, which (sadly) will be a next generation title and cross-platform announcements for PS3 and PS4 ports of Diablo 3 and Destiny were announced by Blizzard and Bungie respectively.

No price details for the console or the games have yet been announced.

A proud member of the Geek Pride video games editing team, Sai can currently be found trying to get through his Christmas games backlog (and failing miserably at it).
You might also like
breakingconsoleGaming