Online systems in gaming consoles can be tetchy, and there’s a never-ending debate about which is better; Xbox Live or Playstation Plus. Just to sort it out for you all – there is no right or wrong answer – it just depends what you want out of your online gaming experience. 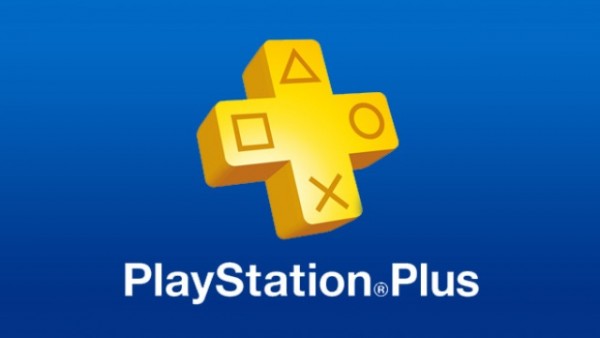 I know a lot of people worry about security with online systems, especially since Sony’s well-publicised hack into the Playstation Network. Sony since beefed-up their security, and compensated all PSN users considerably with lots of freebies etc. Just in case you’re still worried in that respect, a good practice to get into is to not add your payment information into PSN or XBL… buy top-up cards for credit on the respective systems… then you don’t have so much to worry about.

Anyway here at Geek Pride we decided we’d do a regular series about changes to the Playstation Plus offers, as Sony‘s online system has a plethora of monthly offers and freebies that frankly are pretty awesome. By the way if you’re an Xbox user… Xbox Live Gold is free for all this coming weekend (8th-9th of March).

Ok back to business – if you’re a PS3 or PS Vita user, should you invest in PS+? Yes. Here’s why: 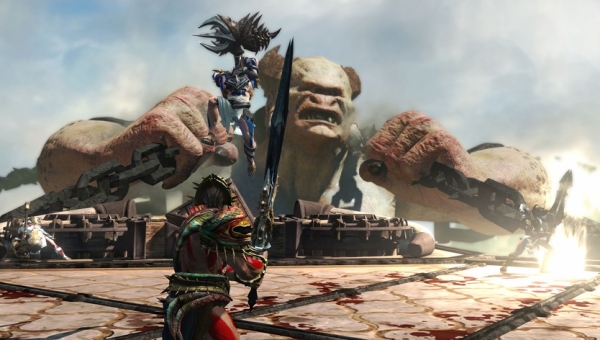 * Exclusives – PS+ offers gamers the chance to take part in exclusive beta tests of yet-to-be-released games… a great example is Dust 514, which up until recently was a closed beta test for PS+ users only. There was also early access to the multiplayer of God of War: Acension & Playstation All-Stars Battle Royale.

* Discounts – You also get discounted games & DLC, as well as game bundles. Sometimes the discount isn’t a huge amount (dropping from £5.99 to £5.49 like some of the current God of War content), but sometimes its a big saving – I picked up a very worthwhile GTA4 bundle for under £10.

* Trials Of Full Games – Yep – you can play a full game for a limited time to try it out before you shell-out your hard earned cash… a great option to have in my opinion.

* Cloud Saves – Xbox Live does it too… you can upload your save games to the cloud (there’s 2gb of storage), so you can sign into your friend’s PS3, then pick up where you left off.

* Instant Game Collection – This is the biggie, and a big reason I personally prefer Playstation Plus. Sony give you access to digital versions of loads of PS3 & Vita titles… some stay the same, like LittleBigPlanet 2 and iNfamous 2… whereas other titles cycle. We’ve had access to the excellent Bioshock, Batman: Arkham City, Resident Evil 5, Red Dead Redemption, Sleeping Dogs and many more. It works out to well over £150 worth of games, and when you download it, you can keep playing the games a long as you want while you’re a subscriber. 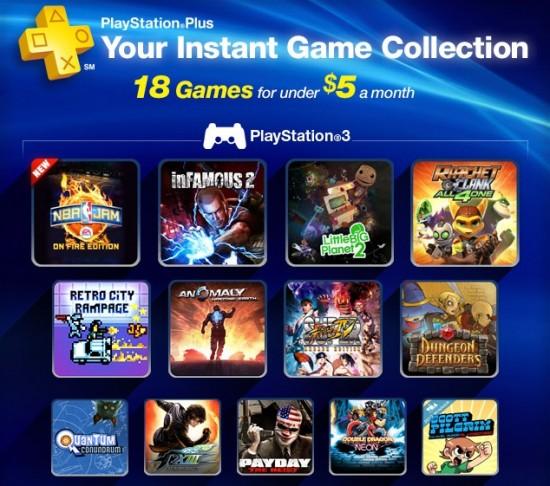 Ok, ok – so I admit… I’m primarily a PS3 gamer and these features play a large part in that. My main reason is that I love to play online. You’ll nearly always find me playing Black Ops 2 when I’m gaming. The reason I stick to the PS3 versions is because if I can’t afford PS+, then I can still play online with my friends anyway. Xbox Live lock that feature for Gold subscribers, which personally I feel is a bit unfair (I’d suggest lock voice chat, but not online play).

I’ve used both networks as I have both consoles, so I see merits in both – I’m just a skinflint at heart… so I pay for PS+ mainly because you get a lot of bang for your buck compared to XBL Gold.

So… now I’ve gone through the merits of Playstation Plus, here’s where I’ll get down to this month’s offers and freebies. In future articles (done monthly) I’ll only go through the freebies & offers, and give my impressions of the new additions to the Instant Game Collection… so they’ll be much shorter articles… promise!

Here are this month’s changes for both the North American & European regions:

Impressions & Recommendations
If you haven’t played the excellent Sleeping Dogs or creepy indie hit LIMBO yet, then I’m afraid you’re out of luck… they were removed from PSN yesterday along with the average 3rd-person Gears of War-esque Vanquish in Europe – whereas the US lost The Lord of The Rings tie-in Guardians of Middle-Earth the day before.

In the US you still have a chance to pick up the enjoyable Quantum Conundrum, which I’d recommend if you’re a fan of Portal – it’s a quirky game where you manipulate gravity and density (among other things) to solve puzzles. Dungeon Defenders is worth a look, as is the addictive Plants vs Zombies. I don’t have a PS Vita so can’t really comment, but if you don’t pick up the Wipeout title in the UK then there’s something wrong with you.

This is a pretty good month for PS+ users judging by the above. The addition of Bioware‘s Mass Effect 3 (a massive 14gb download though) is awesome for UK players, and with a decent online co-op we’d recommend you grab this while you can. The big title for the US is Spec Ops: The Line – although I think the UK got the better deal this month, Spec Ops is a decent title that definitely deserves your attention – especially if you’re a fan of 3rd person shooters. 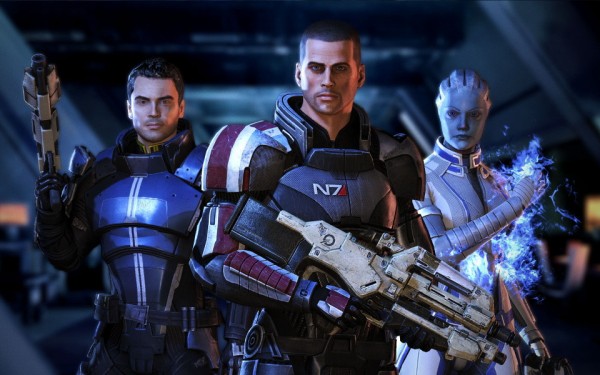 Dead or Alive 5 is another fun UK addition – while not an amazing game, it’s still a decent fighter… and I’ve already been challenged by fellow Geek Pride writer Phil Matthews to a few rounds, which I’m sure he’ll kick my ass in (I’m more of a Street Fighter kinda guy).

The Cave is a great title coming to the US Instant Game Collection, with similar asthetics to LIMBO, this puzzle game got some great reviews when it came out in January, and the dark humour that underpins the gameplay is definitely a draw for me.

The MGS bundle is a no-brainer… much like Wipeout, if you don’t grab this for your PS Vita (if you have one) then you need your head examining. Same goes for the Tekken title in the US – it’s worth the download. The Joe Danger games are fun, yet mindless… they’re the kind of games you play with friends, while getting very very drunk. 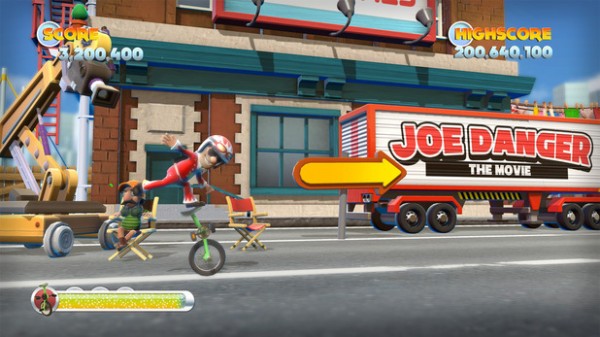 There have been a few great additions prior to this major update… for example UK users can also grab God of War HD for free at the moment, and there’s a sale on the whole God of War series of games, including bundles, DLC, and DLC for other games like LittleBigPlanet as well.

So what do you think about this month’s updates to PS+? Are you happy with the offerings, or disappointed? What would you love to see coming in the update for April? Let us know by commenting below!

Movie and videogame geek, basketball player, guitarist, waffle connoisseur & expert in being a slacking bastard. You'll find me gaming on PS4 as "SpasmicPuppy" most of the time... I'm addicted to Destiny.
You might also like
Ap GamesBiowarebreaking