Rob Zombie’s “Lords of Salem” gives us its Second Trailer 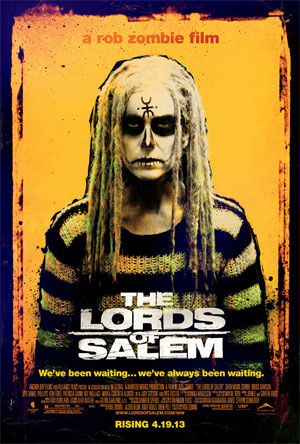 From the singular mind of horror maestro Rob Zombie comes a chilling plunge into a nightmare world where evil runs in the blood.

“The Lords of Salem” tells the tale of Heidi (Sheri Moon Zombie), a radio station DJ living in Salem, Massachusetts, who receives a strange wooden box containing a record, a “gift from the Lords.” Heidi listens, and the bizarre sounds within the grooves immediately trigger flashbacks of the town’s violent past.

Is Heidi going mad, or are the “Lords of Salem” returning for revenge on modern-day Salem? 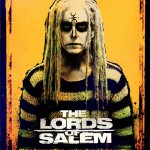 Directed and written by Rob Zombie and from the Producers of ‘Paranormal Activity’ and ‘Insidious’, Rob Zombie’s new movie ‘Lords of Salem’ dropped its second trailer earlier this month.  Using some of the same footage from the first trailer, trailer #2 offers more of an insight to the to the story of the film, but I must admit it doesn’t feel as creepy as the first.

When watching the trailers you know instantly that this is a Rob Zombie film, and no, not because Sheri Moon Zombie stars in the lead role (which she does).  If you have seen a Rob Zombie movie before (House of a 1000 Corpses, The Devils Rejects, Halloween, etc.) then you will know that all his films carry a certain ambiance, a quiet yet dark and strong oppression that lures you into his movies.  His characters are often capable of doing unspeakable things (and often do) and it is usually the small quiet one, unless your name is Michael Myers played by the 6’7″ Tyler Mane, in which case your the very tall one.

However, watching the trailer despite having the Rob Zombie look and feel it doesn’t quite draw you in, you are not left needing more, your are instead left wanting more to get excited about.

What do you think? Does this trailer do it for you?  Leave your comments below.