Sin City: A Dame To Kill For trailer arrives. 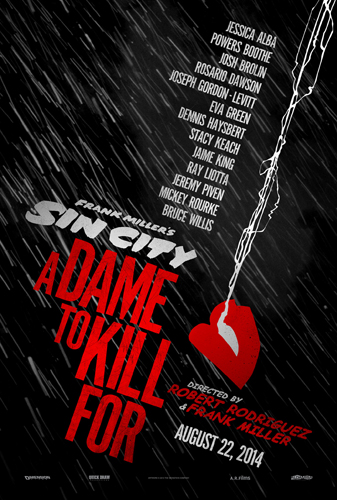 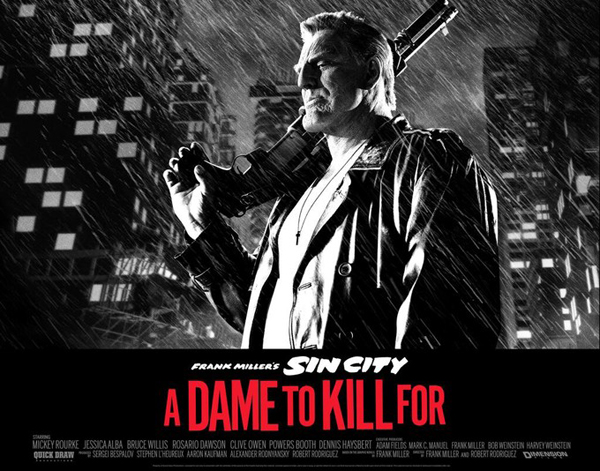 Civilisations may have risen and fallen but Sin City: A Dame to Kill For, the long awaited follow up to 2005’s Sin City is almost here with the trailer finally arriving along several new images.

Based on the critically acclaimed series of neo-noir comic/graphic novels by Frank Miller. Sin City told the interweaving tales of numerous characters as they go about living in Basin City, a place wracked with corruption and crime. The first film was based on the first, third, and fourth books in the series, ‘The Hard Goodbye’, ‘The Big Fat Kill’ and ‘That Yellow Bastard’. A framing sequence was based on the short story ‘The Customer is Always Right’.

Sin City gained attention for its ensemble cast and highly stylised color processing, which rendered most of the film in black and white but retained or added coloring for select objects as the story progressed. Many scenes were direct live action recreations of Miller’s panels in the comics.

There’s been some confusion as to how characters like Mickey Rourke’s Marv can feature in ‘A Dame To Kill For’ as he died, in rather memorable fashion, in the first film. The original stories though weren’t chronological and often featured characters who had died in another story, often stories would be taking place at the same time chronologically speaking or earlier than the story in which a character died, the film is sure to follow suit.