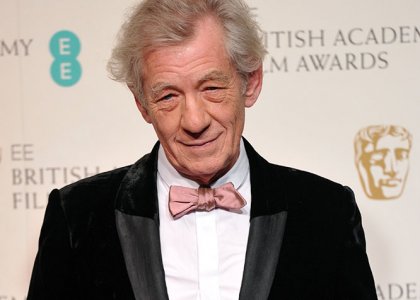 Whilst there are a lot of Sherlock Holmes interpretations floating around on TV and film right now, two on television ‘Sherlock‘ and ‘Elementary‘ and Robert Downey Jr’s portrayal of the super sleuth on the silver screen. But Sir Ian McKellen is set to take the character in a completely different direction.

[box_light]’In 1947, Sherlock Holmes, long retired, lives in a sleep Sussex village, with his housekeeper and her amateur-sleuthing son. But far from living out a peaceful retirement, he is haunted by an unsolved case from fifty years ago. He remembers only fragments: a confrontation with an angry husband, a secret bond with his beautiful but unstable wife. With his legendary mental powers on the wane, and without his old sidekick Watson, Holmes is faced with the toughest case of his life – a case that might finally reveal to him the mysteries of the human heart.‘[/box_light]

I believe that whilst there is a lot of Sherlock out there right now, verging on over-saturation. The thought of Sir Ian McKellen playing an older, retired Detective Holmes intrigues me and if the rest of the cast can act half as well as the great McKellen then consider me a movie ticket poorer already.