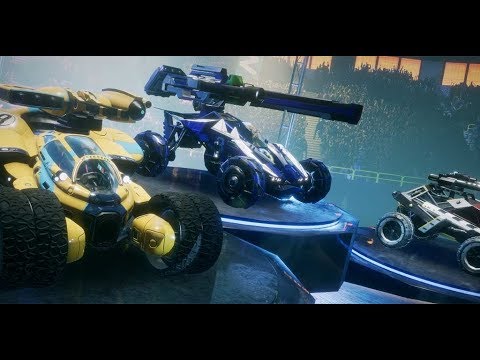 Games like Total War: Warhammer 2 and Assassin’s Creed: Origins naturally dominated this year’s EGX, which has always been about promoting new games.  Whilst I am keen to play Far Cry 5, if only for the story, much of the true innovation this year lies within the indie and left-field collections.

As such, here are six games from EGX that gamers really need to watch out for in the coming months.

Thea: The Awakening by MuHa Games

Slavik, folkore and RPG are not three words you often see together.  The Witcher videogames is perhaps an exception, but one focussed on the monsters.  However, MuHa Games explores the Slavic pantheon in their RPG/card game Thea: The Awakening, and Thea 2: The Shattering.  In a medium swamped by homogenised fantasy settings, it is refreshing to see something decidedly different.

The original Rogue Trooper was a classic, albeit a flawed one.  So, this redux does not so much remake, but restore the original intent of the game.  There are dozens of graphical touches that demonstrate their respect for the source material, but it was the sound design that created a compelling sense of immersion of being in a futuristic battlefield.

Sunless Seas was a fantastically written top-down exploration game that seethed with a Gothic atmosphere merged with Lovecraftian undertones.  However, some of the gameplay mechanics were not the best, especially in terms of combat and failure.  Hence, Failbetter Games have created Sunless Skies, a game that took everything that was great from Sunless Seas (atmosphere, writing, etc) and revised what was not (the combat and death mechanics).

To be honest, most MOBAs (Massive Online Battle Arenas) leave me bored, but when you add vehicle combat to it, suddenly I become interested.  Players choose a vehicle chassis and a weapon to mount, before being unleashed on the map.  Provided the vehicles remain balanced, Switchblade has the potential to become the next Rocket League.

I am a complete sucker when it comes to story-driven games, hence why Falling Sky intrigued me.  Described as a cinematic game, there are obvious parallels with Heavy Rain and Fahrenheit.  The demo was moody and evocative of suburban America as the main character searches for their missing brother.  This is not a game of frantic racing, but of a more relaxed exploratory approach, and is all the more compelling for it.

The Krucer Parallax by Radiation Burn

This may sound like a bit of a cheat, as I mentioned it last year, but that was only a pre-beta demo version and it now looks even better.  The game universe remains deliberately vague, as it is designed for the modding community to build upon.  If you had ever wanted to command your own fighter wing, then this is a game for you, as it is a solid space fighter game with an intuitive command interface.