Interview with Pelgrane Press, Creators of The Dracula Dossier

The Dracula Dossier, a forthcoming release from Pelgrane Press, is a massive campaign for their Night’s Black Agents role playing game, based around the idea that Bram Stoker’s classic Dracula was not a piece of fictional Gothic literature, but a heavily censored after-action report of a failed attempt by the British Intelligence to recruit a vampire in 1894. In the game, the player characters are highly trained spies and freelance operatives who come into possession of MI6’s annotated, unredacted edition of Dracula and must then decide what to do with that information, which leads to follow, which operations to infiltrate, and which horrors to face.

Dracula Unredacted, one of the resources for The Dracula Dossier, has been described as the most in-depth player handout in the history of gaming. Despite the scale of the plot, the accompanying Director’s Handbook contains all of the support material that the Directors’ (their term for Gamemasters) arsenal will need.

The Kickstarter campaign for the Dracula Dossier has already achieved its initial target and is currently smashing its way through all of the stretch goals. So far, twenty-eight stretch goals have been achieved, which includes new scenarios and encounters which further expand the campaign.

The creators of Dracula Dossier, Kenneth Hite and Gareth Ryder-Hanrahan, sat down with Geek Pride to discuss the inspiration and influences behind one of the most in-depth and expansive role-playing campaigns in the history of gaming.

What inspired you to transform what is traditionally gothic literature into a spy thriller?

Ken: Since Night’s Black Agents is a vampire spy thriller game and since we wanted to take on the greatest vampire of them all, we kind of had to find a way to do it to make the project even possible.

Gareth: I think it started out as a joke more than anything else – when you’re working on a game with vampires, you have to look at Dracula sooner or later, and the obvious point of reference is a defector crossing from Eastern Europe into the West. From there, the concept snowballed as we worked out how to use a gothic novel as part of a modern-day spy thriller game.

How well does the structure of Dracula translate within the spy genre?

Gareth: Surprisingly well – a large part of the novel is a careful investigation of a foreign infiltrator, building up a paper trail of documents and contacts. You’ve got techno-thriller elements, by the standards of the time – Dracula’s full of cutting-edge technology like recording cylinders and Kodak cameras. It’s even got wiretapping and remote surveillance – admittedly, through hypnotism and occult connections rather than hidden cameras or bugged phones, but functionally the same.

Ken: Once I had the original idea, it translates amazingly well. Critics have often pointed to weird disconnects and seeming contradictions or anomalies in the text of the novel – as those work much better as “sources and methods” redacted by British Intelligence – the novel kind of drops into place. The novel’s structure, of numerous source documents assembled into a discontinuous narrative, is of course exactly how intelligence is assembled in the real world, although relatively few spy novels do that, besides Charles McCarry’s The Miernik Dossier of course.

How closely did you follow the core text of Dracula?  Did any of the subsequent cinematic adaptations influence the Dracula Dossier?

Gareth: Our conceit is that the core text is actually the heavily redacted after-action report of a real operation to recruit a vampire – by our rules, we can put back in the bits that British Intelligence forced Stoker to change or remove, but wherever possible we tried to find the secrets behind the text. We minded every word in the novel for significance.

Ken: Good or bad, few of the films actually follow Stoker’s story at all, so we perforce discarded most of them. We have some meta references – our annotators all use cinematic Van Helsings as code names – and adding Orlok as a German vampire project was a natural possibility, but everywhere we possibly can, we follow Stoker’s text or his original notes for the text. 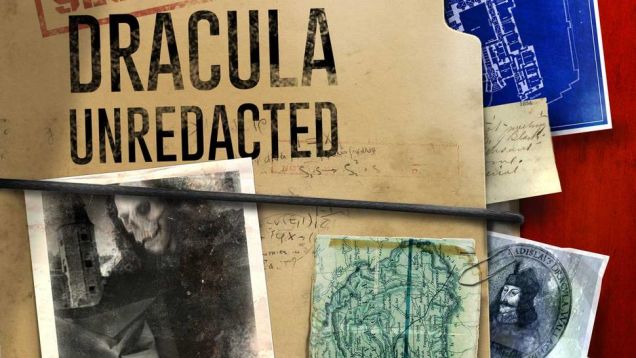 A lot of horror is based on the unknown: given how the character of Count Dracula is one of the most recognisable faces horror, how did you maintain his sense of menace?

Gareth: Fear of the unknown is certainly potent, but it’s not the only weapon in a Director’s. The sound of a floorboard creaking in an empty room might freak me out; the sound of a chainsaw-wielding serial killer right outside my door is a totally different type of fear. Dracula is menacing because he is Dracula – he’s the original and the best. You know what he’s going to do – he’s going to subvert the weak-willed, he’s going to feed on those you love and turn them into monsters, and he’s not going to stop unless you can find his boxes of earth and drive him away.

Ken: By reiterating, emphasizing, and giving weight to his sheer power and malevolence. The novel Dracula is still terrifying to this day despite Dracula’s familiarity… or perhaps because of it. We’ve also got a hidden conspiracy of Dracula’s minions all across Europe for the heroes to track down; there are still plenty of unknowns out there to bite them in the dark.

Gareth: There’s plenty of mystery and unknown terrors on the road to Castle Dracula, but you know who is waiting at the end of that road. You’ve heard his name all your life. He is Dracula – enter freely and of your own will.

System-wise, what were your influences when creating the Dracula Dossier?

Gareth: The big influence is Robin Laws’ Armitage Files, which pioneered the sort of improvised structure we’re using in the Dossier, with its menu of NPCs and organisations and objects for the Director to grab as needed, and its use of handouts as a sort of connective tissue.

Ken: I also took some inspiration from the sort of “sandbox of death” campaigns from classic Call of Cthulhu like Masks of Nyarlathotep.

Is the campaign designed for experienced players or can players new to Night’s Black Agents easily play it?

Ken: Players should have no problem entering freely and of their own will at any skill level as long as they’re proactive, but the all-improvised, collaborative nature of the campaign may throw inexperienced or less-confident Directors.

Gareth: If you’re just starting out as a Director, then the Dracula Dossier campaign is going to be challenging until you get comfortable improvising. I’d suggest running (S)entries [introductory mission] from the main Night’s Black Agents rulebook first, to get your bearings, before you jump into an improvised mega-campaign like this monster. 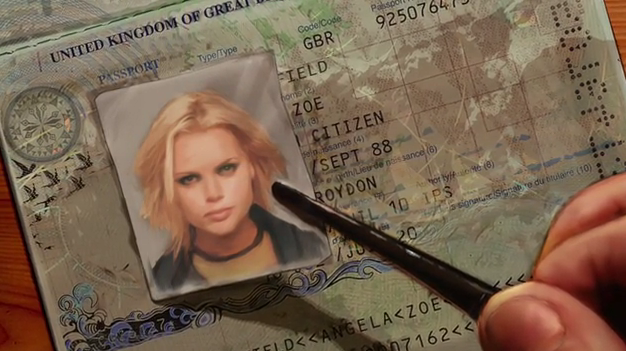 I was impressed with the detail and background of the campaign – can you tell me about the research you undertook for creating the Dracula Dossier?

Ken: I’ve been researching this campaign off-and-on for over two years now, not just re-reading Dracula and the various literary commentaries on it, but biographies of Stoker, the early history of British intelligence and MI6, lots of spy memoirs from the SOE and the Securitate, everything from Romanian geology to Vlad the Impaler. It’s all connected, or it can be, or it might be if your players go that direction.

Gareth: A lot of it was following rabbit holes in the text – Stoker mentions, say, a particular hotel or a particular mountain, so we researched that hotel, looked for ways to connect it back to our secret history. We looked for historical events that could be connected to Dracula, and then followed those events forward through the 20th century. Really, earthquakes in Romania – in 2011, in 1977, in 1940, and in 1893/94 – gave us our structure – we just had to read between the lines in the history books and look for Dracula’s traces.

Given how Dracula Unredacted is a handout, would you recommend Directors using the original Dracula as comparison for the players?

Gareth: We discuss using the original Dracula as a handout – it’ll do as a stopgap, but without the annotations, it’ll take longer to get to all the added fun of the 1940 commando raid into Romania, the 1977 mole hunt, and the 2011 plan to deploy Dracula as a weapon in the war on terror. You can still get to all that without the annotated Dracula, but the longer you wait, the closer the Count gets to his diabolical goals…

Ken: Everyone should always re-read the original Dracula, and we provide guidance for using just the Director’s Handbook and a regular copy of the novel if you want to start early or just don’t wind up with Dracula Unredacted for whatever reason. The comparison between the original and the Unredacted is like comparing “cheeseburger” and “bacon avocado cheeseburger.” The second has more stuff, but the first is a classic hunger-killer, too.

Why do you think the Dracula Dossier Kickstarter campaign was so successful?

Gareth: Two words – Pelgrane Press. The company has a reputation for quality and reliability, and because we knew that we’d be publishing this book even we didn’t kickstart it, we could write the majority of the text in advance. That decreased the perceived risks for the backers – they know Pelgrane will deliver, and they could get the early drafts immediately. We also set a low starting goal, so we could get out of the fretful, uncertain, will-we-or-won’t-we-make-it early stages of the campaign and move to knocking down stretch goals.

Ken: Everyone involved has a really good reputation for quality — not just myself and Gareth, but Pelgrane Press as a company. By now, we’ve got dozens of really good books out, and Pelgrane has been involved in several successful Kickstarters although (since Kickstarter only recently opened up to U.K. companies) this is their first-formally created one.

Gareth: Also, you get to hunt and kill Dracula. That’s up there with dragon-slaying and banishing Cthulhu in the list of cool gaming moments.

You can find out more and support the Kickstarter campaign for the Dracula Dossier at:
https://www.kickstarter.com/projects/1721105501/the-dracula-dossier

Science Fiction: the final frontier. These are the articles of the freelance journalist Peter Ray Allison. His continuing mission: to explore strange new realms of fiction, to seek out new genres and new visions of the future, to boldly geek where no one has geeked before.
More Goodness
CthulhuespionageGaming