As the first chronicle for V5, The Fall of London had a lot live up. The chronicle itself may not be the best, but the wealth of information and scores of fantastic characters makes this a must-have buy for storytellers.

The constraints of the chronicle necessitates player choice being restricted, but it nonethless builds to satisfying conclusion.

Despite a rigid story, there is a lot of information in The Fall of London that storytellers will find invaluable.

The second inquisition’s taking of London and their purge of the city’s vampires is one of the major changes to the metaplot of the 5th edition (aka: V5) of Vampire: The Masquerade (reviewed here).  Much of what happened has been hinted at in sourcebooks, but in The Fall of London we finally learn the truth.

The Fall of London is huge; a 268-page pre-written chronicle, which charts London’s fall through the eyes of a coterie that comprises pre-generated characters, who are agents of the ancient vampire methuselah Mithras.

Describing The Fall of London as simply a chronicle is a misnomer, as there is a lot of information contained in these pages.  In many ways, The Fall of London is similar to a city sourcebook (in the style of Chicago By Night) for pre-fall London, at the time of the second inquisition. 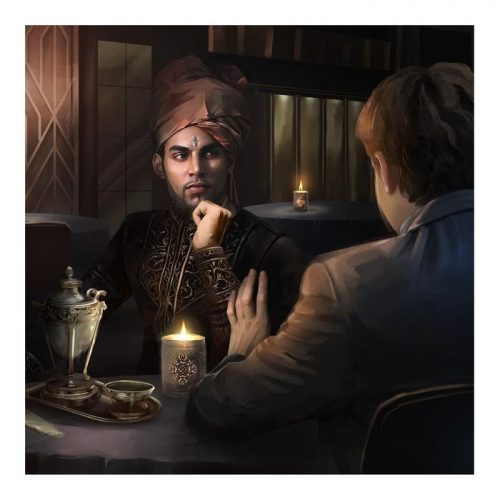 This plethora of information in The Fall of London allows prospective storytellers to have everything to hand for running the chronicle.  That said, it can also make searching for specific information within the book challenging.  Given the breadth of information here, there is the risk of conflicting information in future releases.  In many ways it may have been better to have release this as a collection of three separate books.

However, what The Fall of London does very well is convey its information.  Despite its size, none of the content feels superfluous.  It gives as much space to hard information as it does to background lore.

As someone who lives in the UK and is a regular visitor to London, I was pleased to see the capital city being faithfully represented.  There are no “Cor blimey” cheeky cockneys or “Ello, ello, ello” bobbies.  Instead, we are presented a living and breathing city that fits well within the World of Darkness and yet is accurate for anyone who has been there.

We are also presented with a detailed background of London’s ruling vampires, as of 2012, just before the rise of the second inquisition.

It is great to finally have a detailed insight into the second inquisition.  Instead of being a singular organisation as it was before, this new second inquisition is a network of national security agencies.  These government organisations uncovered evidence of vampires’ influencing governments and deployed their combined intelligence gathering networks and special forces teams against them.

The result was the second inquisition, otherwise known as Second Light, a catch-all term that encapsulates the intelligence-sharing network. The second inquisition have been frequently referenced in V5 material, but this is the first time we have a detailed understanding of them.

What we have here is a force that is more than just hit-points and heavy-weapons.  The second inquisition are antagonists with massive intelligence gathering and force projection capabilities at their fingertips.  They were responsible for drone striking the Tremere’s prime chantry in Vienna, and the very thought of them should be a source of concern for player characters.

One aspect that I appreciated about the second inquisition is that whilst they are effective, they still do not fully understand what they are facing.  This is best exemplified by some of the misleading folklore they follow and how they refer to vampires as “blank bodies”, as their lack of body heat results in them not appearing on thermal imaging.

The final part of Fall of London is the titular chronicle, and which takes up most of the book.  The story follows the players as recently awakened agents of Mithras that are tasked with bringing back the ancient methuselah.  This is set against the rise of the second inquisition and their eventual purge of London.

The premise is excellent and allows players to experience one of the most pivotal moments in recent World of Darkness history, rather than just having it told to them.  The players are limited to playing only the pre-generated characters, whose backstories the players explore as their characters regain their memories.  These have been written to tie in with the storyteller characters  (otherwise known as non-player characters – NPCs) to further engage the players in the story. 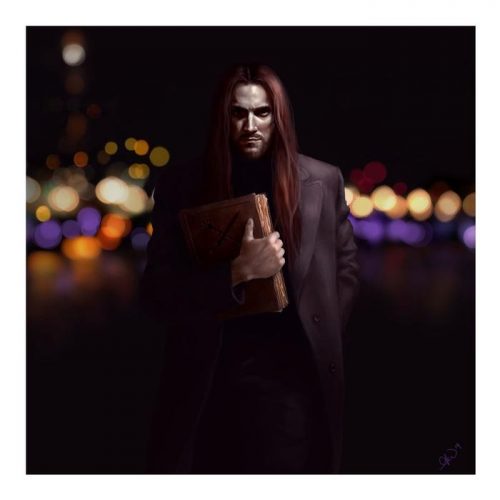 Players have some freedom in how they approach different chapters of the chronicle, and they are able to choose what to do when they wish.  However, the final outcome of each chapter is effectively set in stone.

Unfortunately, the phrase “Whatever the players do, this happens,” occurs far more frequently than some storytellers would appreciate.  Whilst certain things may need to happen in order to meet the demands of the plot, this railroading can result in players feeling less involved than they should be.

Every chapter in the chronicle is distinctive, where each one has a specific theme and style.  These can vary from the social/political bickering of London’s Elysium through to exploring the underground tunnels that the city is riddled with.  Each chapter comes with a full roster of storyteller characters, as well as a series of possible situations that the storyteller could use for the players to encounter.

The final chapter is the exception to this, as once the players are in this position (helped due to the aforementioned railroading), the players have a lot of power.  These can vary from the expected, which follows the established World of Darkness lore, through the sensible (such as running away very fast), through to the silly, where they can join the second inquisition.

What many will appreciate is that the conclusion is determined by the players’ choice, and can widely deviate from the established lore.  This does not in any way invalidate their choice; it would simply be that the players’ version of this particular moment in the World of Darkness deviates from what was previously established.

What some may find surprising, especially given that players are using pre-generated characters, are the different possibilities for continuing the story once the chronicle has ended.

Ultimately, the Fall of London chronicle is a great introduction to running a chronicle for novice storytellers, as it demonstrates the interconnected nature of vampire politics and the different types of stories that can be told.  However, experienced storytellers will undoubtedly wish to adapt the chronicle to their own personal tastes.

Naturally, storytellers can only run the chronicle once for their players.  However, there is a lot of material here that will continue to be useful for future chronicles involving London or the second inquisition.

Ultimately, there is a lot to like about The Fall of London.  Whilst the chronicle may be considered the weakest part, the detailed information about London and the second inquisition makes it an invaluable resource for any storyteller wishing to run exciting chronicles that keep players in suspense.

Science Fiction: the final frontier. These are the articles of the freelance journalist Peter Ray Allison. His continuing mission: to explore strange new realms of fiction, to seek out new genres and new visions of the future, to boldly geek where no one has geeked before.
More Goodness
ModiphiusVampire: The Masquerade