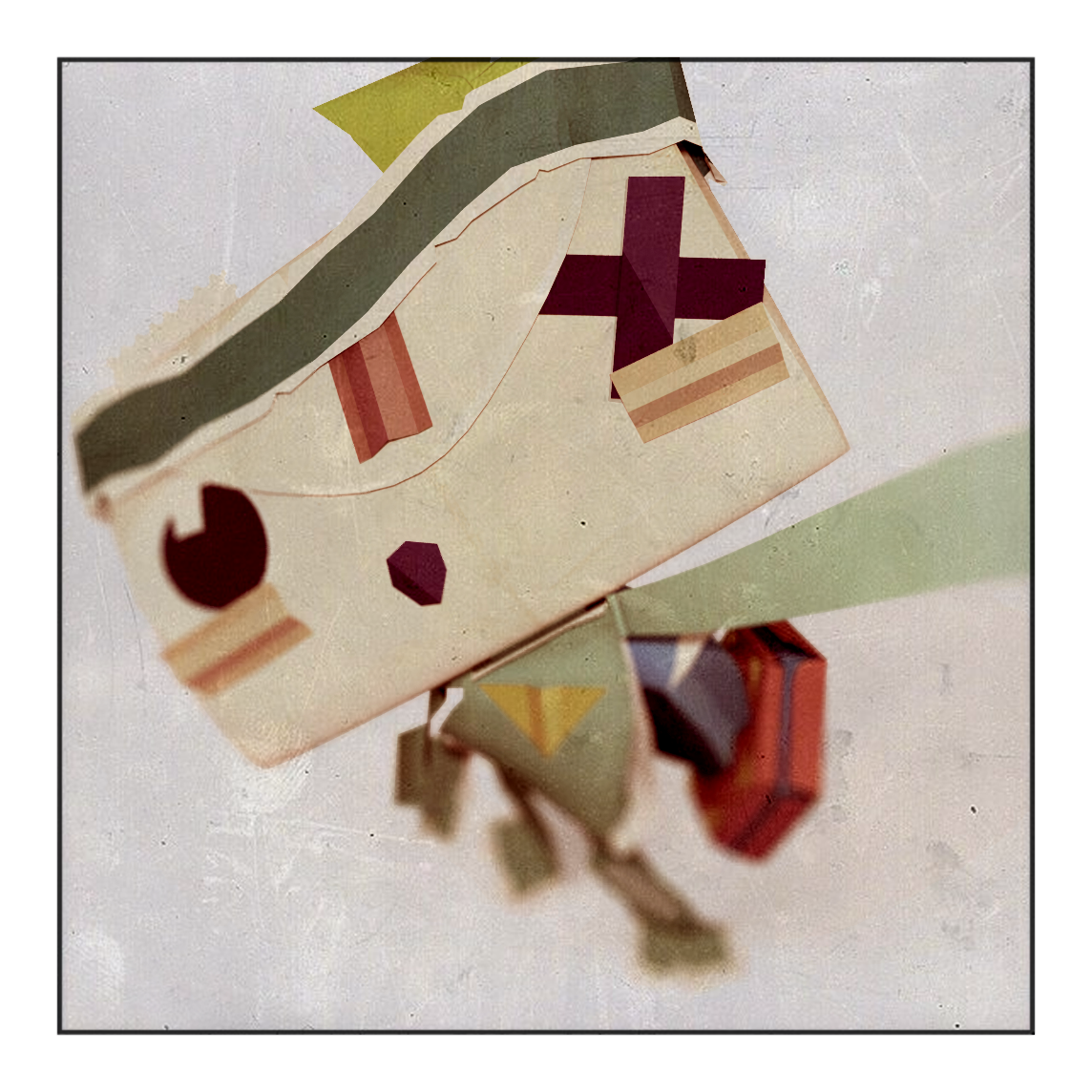 Tearaway is a complete delight to not only play, but experience. It’s a beautiful achievement, providing new experiences up until the very end, inviting you to accompany and help Iota (or Atoi if you choose the female character), as you help him reach the ‘You’ (the player) to deliver a message. The beautiful living, breathing world is vibrant in colour, drenched in joy, and with copious amounts of wonder bursting out the folds you’ll never want to leave. The journey belongs to both of you, but the story? It’s all for ‘You’. 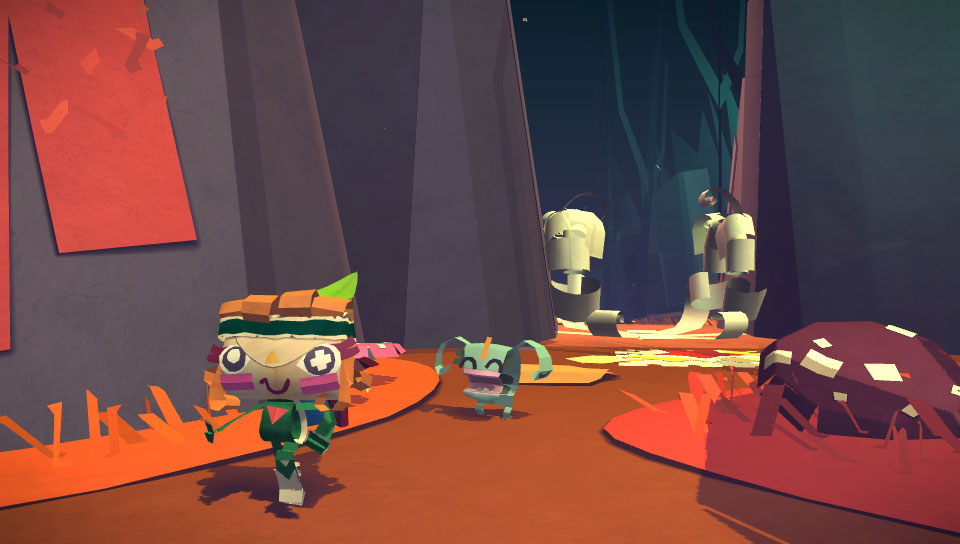 The game manages to ensnare you from the get go, introducing you, the… err… ‘You’ as an integral part to the story, being the end goal as it were and, in a Teletubbies-esque way, the game shows your face as the Sun by utilizing the front camera on the Vita. Your objective as the ‘You’ is to aid your messenger, be it Iota or Atoi, to yourself (the sun) and to deliver an important message, utilising all the powers that you have, controlled with the other unique features on the console.

With two Narrators to help guide the way, as well as introducing dramatic twists and turns, the game never feels like it’s trying to force you forwards, but instead gives you a reason to move and explore at your own pace. Not only content with featuring a world made out of paper craft, the focus on creativity using the materials that lay before you is used in such an intricate way, such as creating gloves for your cold character, or giving a scary monster some equally terrifying eyes, you truly help bring the world to life.

With creativity as your sword and a love for all things magical as your shield, you embark on this wonderful journey that never outstays it’s welcome and, at the same time, never feels like it has been cut short. It’s willing to keep you hooked and entranced up until the very end and, in the way that only Media Molecule know how, make you fall in love with not only your own little customisable friend, but the interactive world itself.

With everything being customisable nearly from the get-go, you can make this journey as personal as you want. As previously stated, the game uses everything the Vita has to offer, and still manages to keep it intuitive and natural. From the joyous moments where you customise a Pumpkin with the end goal of throwing it onto a scarecrow’s body in an attempt to scare crows (go figure), to the drumming on the rear touchpad to bounce your foldable friend to a higher position, it will leave you filled with delight. 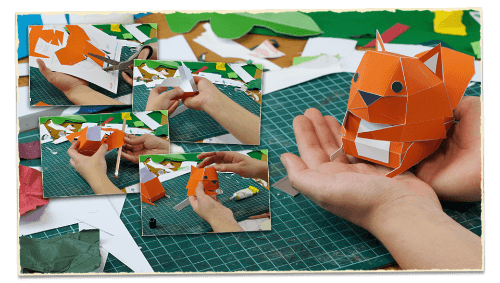 So, as is most likely apparent, this wonder of a platformer is an experience like no other, but what of other aspects to the game, such as the combat? Initially featuring basic combat mechanics as you fight off the Scraps, new variants are shown during the latter parts of the story, requiring use of your new found abilities, such as being able to roll around and blow a gust of wind with a broken accordion. Whilst not an integral part to the game, the simplistic combat neither adds or detracts from the game’s overcasting impression, which truly shows how beautifully crafted the game’s premise is.

Exploration and discovery were massive themes throughout my journey, giving unique incentives for finding colourless objects and, by taking a photo of them with the in-game camera, returning said colour. The game would then, as a reward, upload the information to an external website where you could then print the blueprints to create the “restored” creation, giving incentives for all the creative minds out there. Whilst the idea of collectibles are nowhere near a new concept, this re-immagining of the idea has raised the bar for other creative likeminded studios.