The Creator of the Mouse has Died 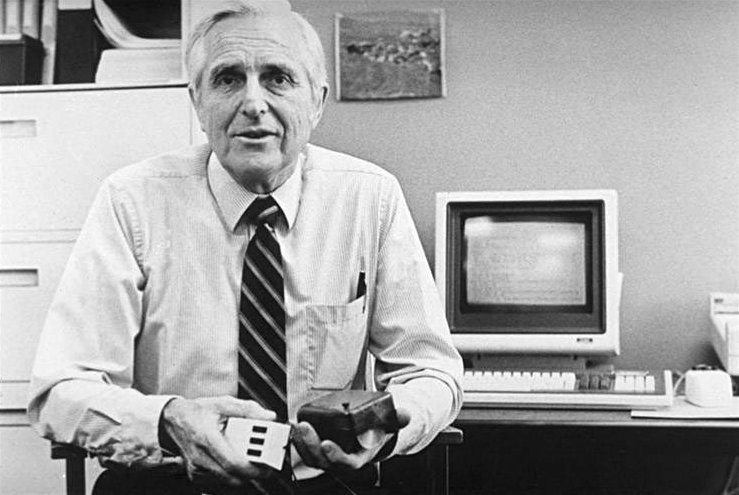 Douglas Engelbart, 88, died yesterday at his home in California from kidney failure. According to an e-mail from his daughter he passed away peacefully in his sleep.

For those who don’t know, Engelbart was a great man, father of the computer mouse and so many other basic concepts that have driven our personal machines / the modern internet. In 1968 he delivered an hour-long presentation containing so many far-reaching ideas that it was later described as the ‘mother of all demos‘. 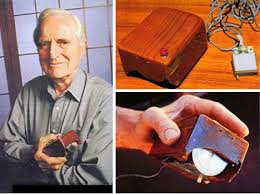 A computer scientist at the Stanford Research Institute, he showed off a cubic device with two rolling discs called an ‘X-Y position indicator for a display system.’ This device was the mouse’s public debut, it was seen by 1,000 leading technologists in San Francisco.

Engelbart then went on to deliver the first ever video conference with a colleague was who 30 miles away at the time, and yet the ‘mother of all demos’ was not yet over. He then went on to explain a theory of how pages of information could be brought together using text-based links, an idea that would help form the foundation of the Web’s architecture.

This was ground-breaking information in a time when computing was being pursued by government researchers. And yet, he never sought the limelight or wealth. He never received any royalties for his invention of the mouse, despite Stanford Research Institute patenting it. 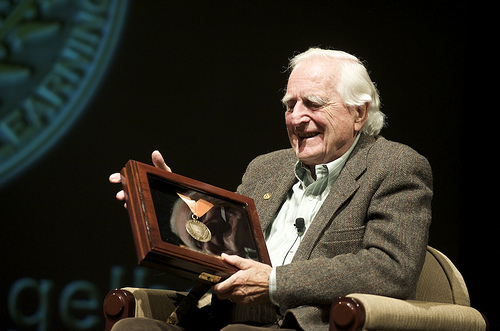 It wasn’t until the 1990s that he began to be recognised for his role in the computing industry. Since then he scooped most of the top awards, the Turing Prize, the US National Medal of Technology, a British Computer Society’s Lovelace Medal and Yale’s first honorary doctorate of engineering and technology.

This is a big loss for the computing world, a place which he has forever changed with his ideas back in the 1960s and whatever happens in the future was due in no small part to what he did.

As an aspiring journalist I have found a home here at geek-pride, where I can write upon many subjects. If anybody has something they believe should be reviewed or newsworthy then feel free to send me a message, I always enjoy talking to people.
You might also like
breakingGeekGeek Pride