The Illustrative World of Matt Dixon 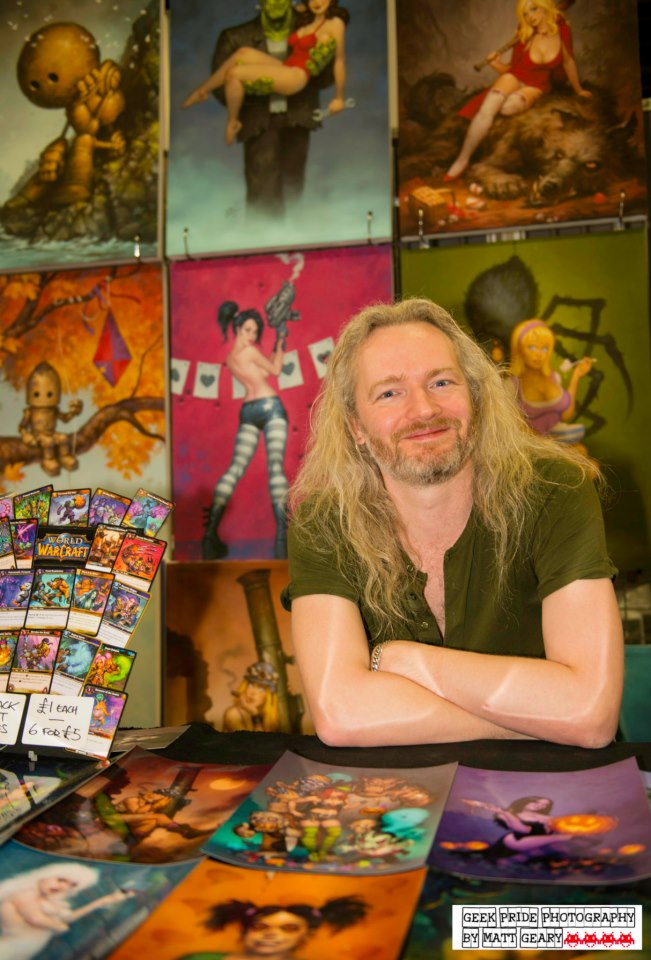 Walking round the booths at London Super Comic Convention, amid all the artists doing their signings, the comic book retailers and publishers selling their merchandise, and the general event traffic; I noticed, in the far aisle, a booth that just stood out against the rest. Myself and Matt wondered over being simple folk and attracted by pretty things. Doing so we entered the domain of Matt Dixon, an English freelance illustrator, who, until this moment was an unknown quantity to us and, to be honest, still was when we approached his table as the little sign displaying his name was lost amongst his fabulous artwork.

Matt’s table was covered in glossy A4, brightly coloured, illustrations of robots and fantasy pin-ups. It was strange, as the artwork seemed familiar, yet I could not place it.  He advised that I’d most likely seen his work ‘around’ as he has done a lot of commercial commissions including numerous computer games and movie licenses ; I dug a bit deep to find more about the man…

Born in Birmingham, Matt has always enjoyed art but over time has moved away from canvas and paint, and now uses more modern tools to ply his trade, in the form of a pressure sensitive tablet computer and Photoshop. Something he says is quicker and easier to work on  than painting on canvas.  Asking if he works on multiple layers within Photoshop to build up his illustrations Matt confirmed that he did initially; however, he found that he would often make mistakes in his work because when painting on a number of layers, he would end up painting on completely the wrong layer altogether and finding the correct layers can slow his creativity.  He now works on one level building up the layers as he would on canvas, painting over the mistakes as he goes along and building up textures in the process.  Using the touch screen computer he paints just as anybody else would on canvas, yet he doesn’t create any mess like mixing paints or having to clean paintbrushes. In fact he doesn’t even have to buy brushes or paints anymore.

The entire creative process is so much quicker and slim-lined that once he enters his studio he does not need to leave his computer.   Commissions and contracts come in to he email inbox, he then paints the job and then fires it back off to the client or the printers.  Considering his working process I suggested that he would not have to leave his bed to work if he didn’t want to, but Matt confirmed that he has always got out of bed for work and has his studio upstairs.

It was a pleasure talking to Matt and we will be giving aay some signed copies of his work in the near future. In the mean time you can find more on his website here.