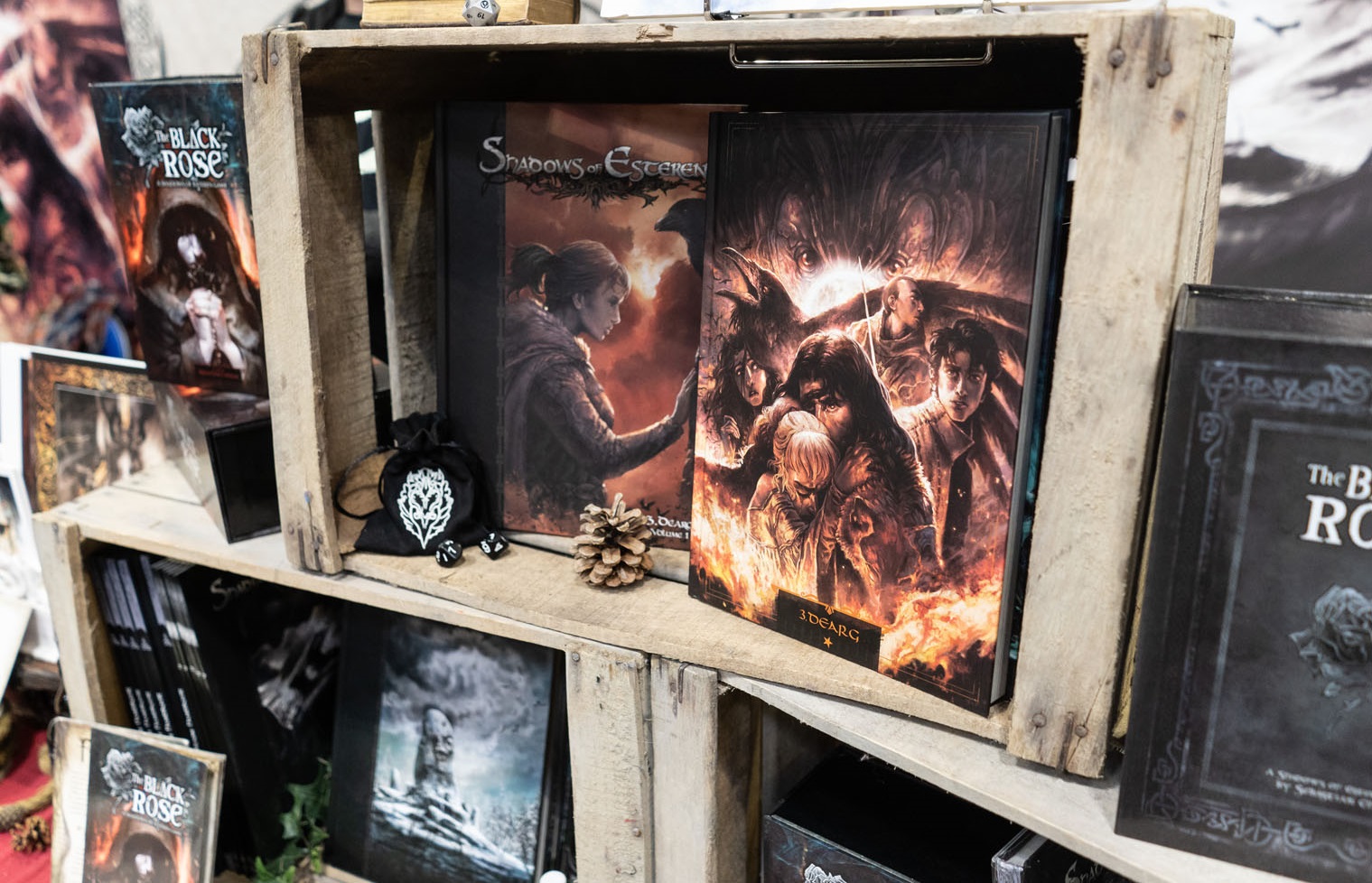 This year’s UK Games Expo (reviewed here) was a smorgasbord of gaming delights.  One that could be happily indulged in until the credit card whimpers in despair.  For many, this was there first chance to see the new edition of Warhammer Fantasy Roleplay in action, whilst Villagers and Star Wars Outer Rim seemed to be played everywhere.  Fortunately, I managed to exercise restraint (by leaving our wallet at home).

Here I reveal the top five games of this year’s UK Games Expo.  As with all such lists, this is based on my own personal tastes and biases.  Therefore, I make no apologies for the strong roleplaying games bias, or that two of them are new editions of existing games.  That said, both games were in need of being updated and therefore justify their inclusion.

The original Scion was a game that had fantastic ideas but was mechanically broken.  The rules were heavily based upon the existing Storyteller system by White Wolf, which struggled to handle the disparate power levels in Scion.

Despite these flaws, Scion had a fantastic premise.  The core concept is that players take on the role of human descendants of gods from a variety of pantheons.  Imagine Percy Jackson meets the Almighty Johnsons, with a side order of American Gods.

Onyx Path saw Scion’s potential but recognised the system’s flaw, and so created an entirely new system for the game.  This new Storypath system introduces – amongst other things – scalability.  Whereas before encounters would take hours to resolve, the new Storypath streamlines the process.  This is the game we had been promised.

Originally released in the 1993, SLA Industries was ahead of its time.  It uses far-future cyberpunk setting to explore stories revolving around themes of corporate conspiracies and media consumption.  What made SLA Industries so unique is that the setting was both original and disturbingly prescient.  Yet despite the disparate elements it always remained a cohesive setting.

Nightfall Games has been quiet of late, but at this year’s UK Games Expo they were showcasing their latest edition of SLA Industries.  One thing of interest is that the game’s metaplot – “The Truth” – has been updated.  It now expands upon the original concept of reality fraying at its edges.  The original writers’ bible, although previously released, was never intended for publication, as it was more of a series of placeholder ideas than intended storyline.

Whilst I have not been able to play SLA Industries, the game looks amazing.  The game’s core themes also have a greater sense of verisimilitude in today’s world.  Needless to say, I look forward to returning to SLA Industries and the World of Progress.  It’s been a long time coming.

I have always struggled with traditional fantasy settings, especially those that rely on magic.  It frequently feels that magic is used as a get-out clause, without consideration for consequences.  Enter Shadows of Esteren, a low-fantasy gothic-horror game with distinct Celtic and Lovecraftian influences.

Shadows of Esteren uses an original setting called the Tri-Kazel’s peninsula, with players able to choose from a variety of different human cultures.  There are no happy elves or grumpy dwarves in this game.  The game feels a lot like a Mediaeval version of Call of Cthulhu, with scenarios based around investigation and survival.

For anyone who fancies playing an original fantasy rules-light game that is focussed on storytelling, then Shadows of Esteren is the one for you.

Prepare for a shock – this is not a roleplaying game!  Instead, Gladiatores is a tactical card game, where players take on the role of gladiatorial stables (gladiatorial trainers).  Rather than defeating your opponent in the game, success is determined by how exciting the battles are.

As well as the playability and deep tactics that Gladiatores offers, what stood out was the amount of research in creating the game.  Each of the eight core gladiators are based on genuine Roman gladiators.

For those looking for something that is a little bit different, and fancy learning a little history at the same time, could do far worse than play Gladiatores.

This is not the first time that the Aliens franchise has been adapted into a roleplaying game (Aliens by Leading Edge Games in 1991), but it is definitely the better.  Whilst the previous version was rules-heavy and focused on gung-ho marines, this new Alien RPG is much more in keeping with the series’ core themes: horror and survival.

The game’s system is based on the Year Zero engine, used in Tales from the Loop, and incorporates two modes of play.  Cinematic play uses pre-made scenarios that emulate the Alien films and are designed to be played in a single session.  Campaign play is designed for ongoing campaigns with the same cast of characters over many game sessions.

It is a roleplaying game based on the Aliens films.  Need I say more?