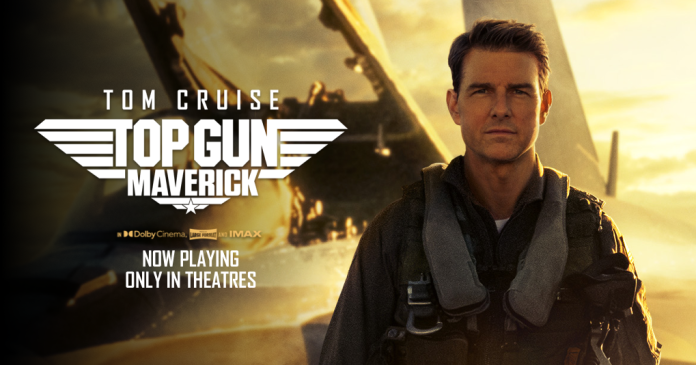 Top Gun is a classic, oozing machismo and dripping with 80s cheese. It’s an archetypal movie for that era and despite not having a lot of depth it was / is just great fun.

Many an evening, as kids, I and my brother would have the Top Gun soundtrack on as we ran around the house pretending to be F14 Fighter pilots and cementing the Tomcat alongside the Spitfire as one of our favourite planes.

We couldn’t get enough of it and so when I heard of the sequel, I was somewhat excited but yet reticent. Few sequels live up to their progenitors, especially when the original is a classic like Top Gun. I, therefore, entered the cinema hoping for a happy nostalgia trip but expecting a rehash of what had come before and therefore my expectations were not soaring high.

Now, like most of my reviews, I’m not going to bore you with a synopsis or plot, in the end, if you want to know what it’s about, well, you’ll watch the film. What you do want to know is, was it any good? And is it better than the original? Well….Yes! And yes!

Top Gun: Maverick is a film that knows where it has come from but also understands where it is now. It takes inspiration and subtle nodes to its forebear without relying on it too much. Mirroring certain aspects of the original but changing it enough that it feels fresh but familiar.

It has its cheesy moments, as you would expect, it has its cocky interactions between pilots, again as you would expect but it feels like it’s taken the best parts from the first film and improved upon it. The acting is surprisingly good, the dogs fights are superb and real, it’s also very funny and even quite poignant at times; I shed a tear or two I’m not embarrassed to admit.

Granted the story is quite formulaic and I’m not 100% sure they would have used Super Hornets for a mission like that. Especially with stealth-capable aircraft like the F35 and F22 but using the hornet gave the whole mission a bit of an underdog feel, something they mention a few times, emphasising it’s not the plane but the pilot and that for me was good enough. I also feel the Hornet was used because the US military wasn’t overly keen on showing off secret stealth tech.

All being said, I left the cinema, quite elated at what I’d watched. Top Gun: Maverick is everything Top Gun was and more, it’s bigger, better, and surprisingly more refined. Highly enjoyable and next time I’m going to go watch it in 4DX.