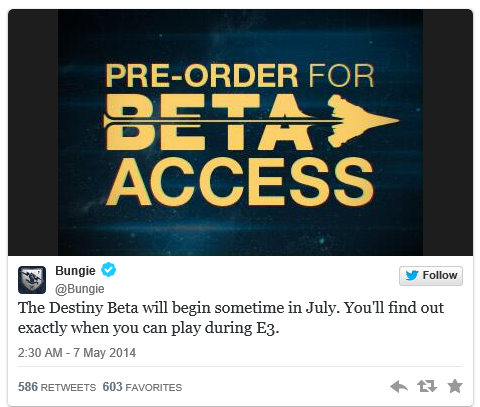 Destiny is a post apocalyptic first-person shooter in which Guardians, the front line fighters and last line of defence defending the last human city on Earth, eagerly awaited by gamers from the creators of Halo, Activition and Bungie.

Bungie announced over twitter yesterday that Destiny will be opening it’s Beta in July, giving players the chance to get hands on with what is expected to be the most expensive game ever made. With an estimated $500 million target for development and promotion, Destiny is set to rival summer blockbusters with it’s budget and from what we’ve seen of the game so far, it’s could counter even Halo’s decade long reign as the sci-fi shooter of choice.

What is already known is that competitive multiplayer won’t be available at launch but it is expected to have item trading and the capability for users to generate their own content for others to play, akin to GTA Online’s content creator. Furthermore, saves made to cloud storage will carry over from Xbox 360 to Xbox one and from PS3 to PS4, making this truly a next-gen friendly game without alienating the majority of players who still use last gen consoles. 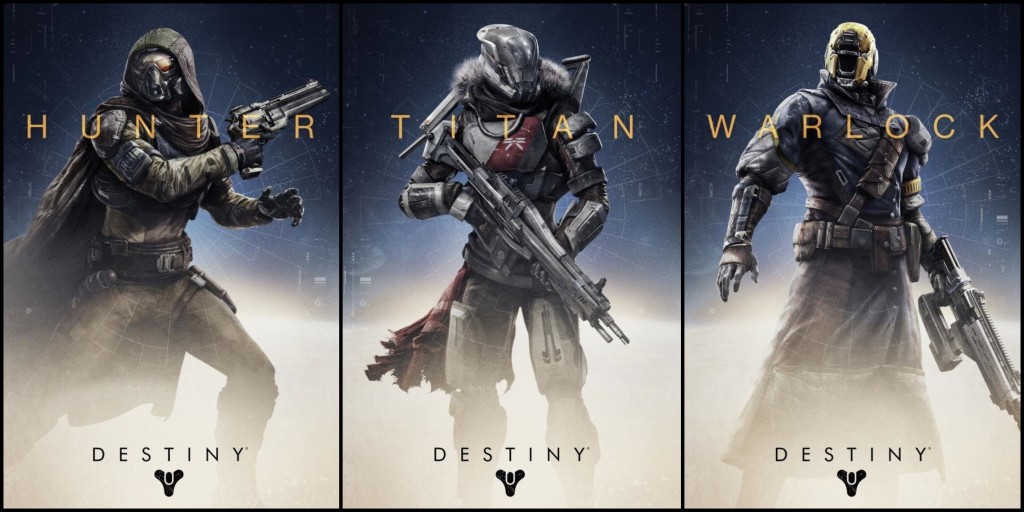 With Titanfall released earlier this year, it can only be speculated how much the lack of multiplayer will hurt the title’s release should these expectations prove to be true. However, with Activision Blizzard at the helm, we can expect that multiplayer will have a decade of experience from the hugely successful World of Warcraft behind it. What does this mean? To be honest, we don’t know. But with the sheer amount of expertise, talent and cold hard cash behind Destiny, we can expect it to deliver a pretty big bang when it lands.