Experienced Polish indie developer Destructive Creations announced today the reveal of their debut game Hatred, a brutal, uncompromising isometric shooter where the goal is to kill everyone, and “take no prisoners”. Powered as much by controversy as the fourth iteration of the Unreal Engine, and sporting a somewhat familiar logo style, Hatred has the player take the role of a “cold blooded antagonist”, travelling through various non-linear locales and killing absolutely everybody in various dark and gory ways. To quote their press release “It’s a horror, but here YOU are the villain.” and given the pretty brutal ways in which your trench-coat wearing protagonist eliminates people in the reveal trailer, it’s rather hard to argue that. 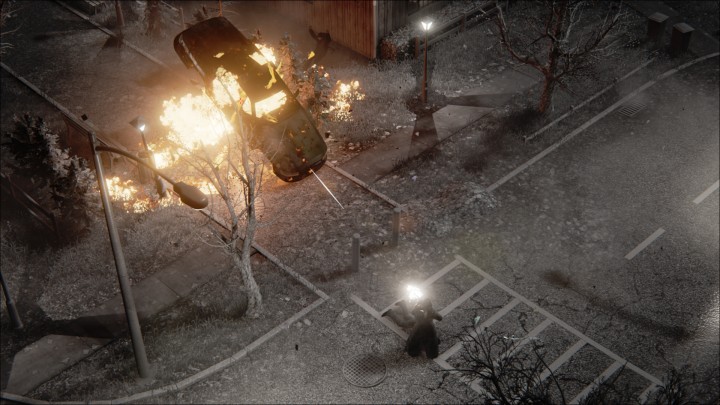 The game has found itself to be pretty immediately controversial, given its subject matter of playing a disturbed mass murderer in a video game. In discussing the somewhat controversial nature of the subject matter, Destructive Creations describe themselves as a team which “in times where a lot of games are heading to be polite, colorful[sic], politically correct and trying to be some kind of higher art, rather than just an entertainment, wanted to create something against trends. Something different, something that could give the player a pure gaming pleasure. This is how the idea of Hatred – the team’s first game, was born.” 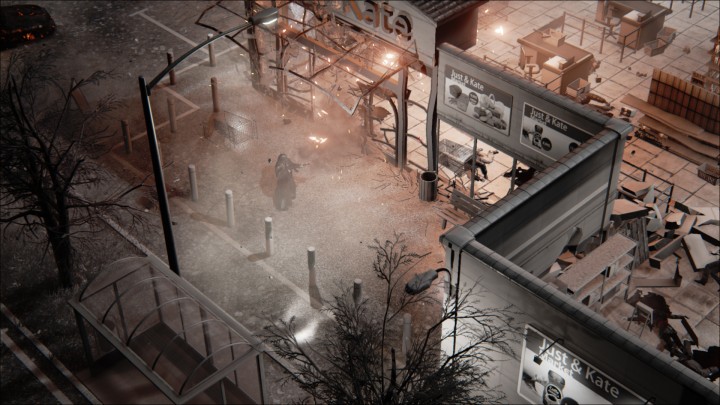 The intent, much like Postal and Postal 2 explicitly claimed and other free roaming sandbox games such as GTA have been accused of, seems to be to provide a dark, violent cathartic game where players can take the role and in effect try to understand the mentality of a man who thinks this: “I just fu*kin’ hate this world. And the human worms feasting on its corpus. My whole life is just cold, bitter hatred. And I always wanted to die violently. This is the time of vengeance and no life is worth saving. And I will put in the grave as many as I can. It’s time for me to kill. And it’s time for me to die. My genocide crusade begins here.” The “here” of which he describes is seven free form locations that include suburban neighbourhoods, supermarkets, police stations and the like, all painted in a haunting smattering of smoky greys and blacks. 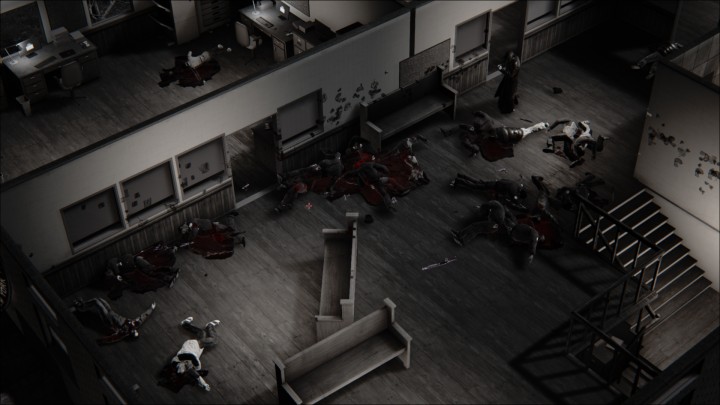 The issue, and this may well simply be a problem of a lack of context in the press release and trailer, is that this doesn’t quite appear to be a satire. It might well be a case of incredibly black comedy, but there does seem to be a degree of seriousness in which it is taking the subject matter, as opposed to a deconstruction of game violence such as Spec Ops the Line or the outright comic parodies of Postal, GTA and the Saint’s Row games. There is the chance that, despite their claim that they are aiming for “pure gaming pleasure” this will in fact turn into a deconstruction, but the issue is that ultraviolence without some kind of distancing aspect ends up not being terribly fun, in spite of what look like very fun gameplay aspects bolted to a very good engine. Time will tell if the theme and message of the game end up more elucidated, but one thing is already clear: Hatred is certainly not a game for the weak of stomach.

Hatred is scheduled to be released Q2 2015 for the PC.