previous
Once Upon a Time in Wonderland
random
next
Free-to-Play MMO Dragon Eternity launched on Facebook, iPhone, iPad and Android 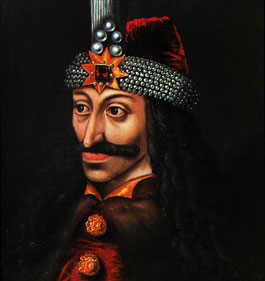 Meet Vlad Tepes.  Many of you probably have no idea who he is, but I could bet a big sum of money (that I don’t actually have) that you’ve heard of his “legacy”. There are several vampire legends that start with Dracula,  the cruel vampire, living in some remote Transylvanian castle, feasting on the blood of unsuspecting virgins and lost tourists with a penchant for adventure and a healthy dose of stupidity to go along with it. Vlad is at the root of  most of those stories.

While the real life of the man doesn’t involve fangs and immortality, his years as a king have been shrouded in bloodshed, cruelty and mystery.

For those of you unfamiliar with this little part of Romanian history, here are a few things you might have never considered when watching vampire movies. First of all, Vlad Tepes  aka Vlad the Impaler has never ruled in Transylvania, the apparent home land of the fanged creatures. He was however born there, in Sighisoara, and while some six centuries have passed since then, the house where he was born and he’d spent the first few years of his childhood still exists.  If you’ve never visited  a medieval city, in which time seems to have frozen, you should pay this place a visit. Don’t pass on the chance to see the cemetery too. It’s history unfolded on funeral stones. 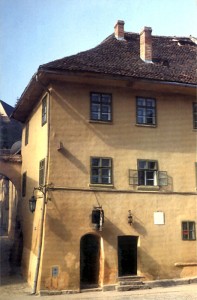 Vlad was the king of Wallachia, also called The Romanian Country. Before him, the country had been ruled by his father, Vlad Dracul (The Devil). The man used to wear all black and belonged to the order of the Dragon. The name was bastardized until it turned into Dracul. I suppose that didn’t really help his young son, given who he grew up to be.  He was actually the king of Wallachia several times, since he was never lucky enough to have a scandal and conflict free ruling and he was either banished or replaced following battles with family members or neighbouring countries. Back in his days, Wallachia was obligated to pay a fee to the Otoman Empire, in order to be allowed to live without the threat of constant wars (at least from them). It meant the Turkish got to enjoy the fruits of the country’s labour, while doing nothing, but throwing everyone the bone of peace. Unfortunately, Vlad was never peaceful.Countless battles against the Turks brought him more victories than loses, which gets him extra brownie points, given that he was the ruler of a tiny country, facing one of the greatest empires of the time.

Here’s a little background – as a child he’d been kept as a hostage by the Sultan, alongside his brother, Radu The Beautiful (who converted to Islam and supposedly was the bed mate of the Sultan, later becoming king in his brother’s stead), and he’d gotten to learn everything about torture. It didn’t make him a fan of the Turks, but it did make him a little unhinged. I won’t turn this into much of a history lesson, it’s more of a reminder that Tepes is a hero to Romanians, as opposed to the lunatic most other nations thought and still think him to be. We know and recognize he was a little unhinged, but here is why he’s still hailed as a hero:

We all tend to judge history based on how the world works now, but back then violence beyond our capacity to comprehend was the norm. Tepes was vengeful and cruel, that’s true, but I believe that in his mind his actions were justified. For example, he took the throne and killed all the nobles that had murdered his father and brother. The second had been tortured and buried alive. See the trend? While Christianity is all about turning the other cheek, and he was a Christian, he was more of the tooth for a tooth variety. He kept this attitude up through the years, punishing everyone that crossed him, however small the slight in the most vicious of ways.

See, he was good at boiling, chopping, flaying, blinding and hanging people (think Ramsay Snow). Truly the list is much longer than this, but I think you get the point. His years as a king were years of terror, however, those that knew they had nothing on their conscience never had to worry. There are several legends about his time as a king, one of them being that of the trader from Florence, who wanted guards for his gold and jewelery and Tepes nearly beheaded him for daring to say there are thieves in his country. Supposedly, he told the man to leave his bags of gold at a street corner and surprise, surprise, they were still there in the morning.

Given the usual punishment for thieving was losing a hand (and only that) if you were lucky, it’s understandable. There are other legends as well, illustrating his cruelty, some that are taught in schools, some are kept in dusty old tomes that no one ever wants to touch. After all, who wants to know about a king that hated beggars, the homeless and the sick? And well, I suppose that’s all fine and well, but he also invited them to a dinner party and set the house on fire. His murderous streak seemed to revolve a lot around killing people while eating, such as it was the case of a noble man, invited to dine with the king, who complained about the odour coming from the forest of stakes they were eating under. He was impaled on the highest one, so the stench couldn’t reach him.

Somehow, despite all that, most people of today, think that we need a ruler that would be just like him, determined and just (because we’ll just pretend the crazy part isn’t there), to bring the country to its former glory. There are even poems about that and while most people don’t remember who wrote them or what they are about, everyone remembers:

“Where are you Tepes, my Lord?

To grab them all,

Split them into groups of crazy and cheaters

To gather them forcefully in two dungeons,

And set the asylum and the prison on fire!” 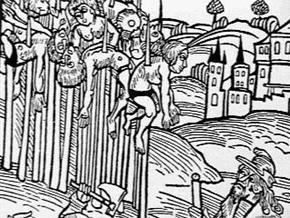 It really rhymes better in Romanian, I promise. The point is, things like these have turned him into a hero. A feared one, but a hero nevertheless. When people think of him they remember his honesty, the fact that he managed to scare the Otoman sultan with his acts (which included impaling a large portion of his army and nailing turbans to the heads of emissaries that had dared keep their head covers on before the king) and that he defeated his armies over and over again. Mostly because he managed to scare them away, and that he had single-handedly (well, presumably with the help of his army) eradicated poverty – albeit by actually killing the poor –  thieving and disease.

Of course, all of this has also gained him the label of vampire, because I suppose it’s easier to think your enemy is a mythical creature, the supernatural forces of evil aiding him, than admitting you’re not really good at finding a proper strategy. Given that most of his family members – brothers, sons – also had a penchant for cruelty, I think we can assume something was a bit (more) wrong with them. However, this Dracula fame mostly annoys Romanians, at least those familiar with the history of the man. Seeing hundred of good and really, really bad stories, featuring Tepes as the ancient ancestor of vampires can irk some. It definitely irks me. If he were a vampire, a real vampire, he would probably use his old stakes to punish the lame versions of himself existing in today’s fiction. This is where I’ll slip into a personal rant, complaining about the pussyfication of vampires. They are cruel, evil, blood-sucking monsters, or they should be. I’m getting tired of baby-faced vampires that can only think about going to high-school for the millionth time (I’m looking at you Edward Cullen and Stefan Salvatore), falling in love and eating bunnies. Seriously, why bunnies?! Rant over.

In legends, our Romanian legends at least, they can be seductive, but ultimately they are dead, or well, undead, cruel and prone to violence. Speaking of legends, one of the reasons most people thought him a vampire, cruelty aside was that when he was assassinated, his head had been sent to Constantinople to be placed on a high-stake, but his body had never truly been found.  The bones found in his supposed grave were animal and it had certainly fed the imagination of the fans of the fang.

For those of you that are actually curious about the man, but hate wikipedia, old tomes or history books in general, here’s a little handy help. Sergiu Nicolaescu, famous for directing historical films about most centuries and kings, has written and directed Vlad Tepes, a movie that is, for the most part, historically accurate and it comes with handy English subtitles. Enjoy.

What's there to say about me? I love the sci-fi and fantasy genre when I read, but I am in no way limited to that alone. I do think Frank Herbert deserves a statue for his writing(if there is one, point me in that direction, please). I enjoy writing quite a lot, but I am also kinda lazy. If you want to make me happy give me books or Doctor Who collectibles. Or a real TARDIS, in which case I will love you forever.
You might also like
breakingDraculahistory